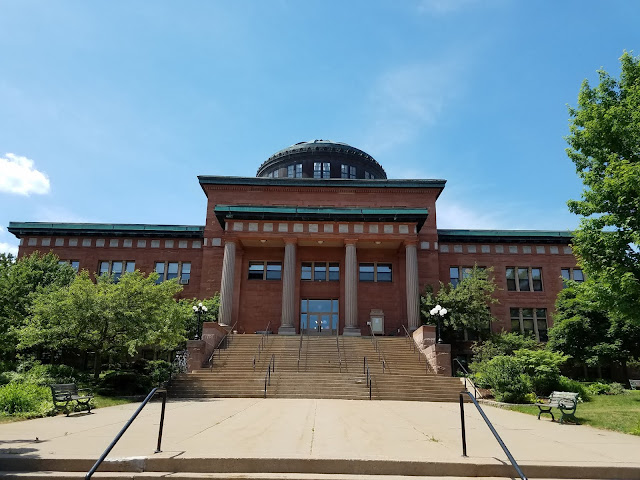 
So, when I was a kid, my family spent two weeks every summer in the town where my mom was born and raised, Negaunee, Michigan, which was home to about 3000 people and 3 miles down the road from Ispheming (a marginally larger town).  My grandparents had lived there since... oh, man, I'm not even sure.  They'd arrived in the US (not together) in the 1920's and owned their house since the mid-30's.  In the 1980's when I was up there often, when we were out and about at the drug store, at the grocery or, anywhere, really - they knew everyone over a certain age.  It's small town living.

At some point I was riding around with my grandparents and mom, and they started talking about something to do with Anatomy of a Murder, still a famous movie in what was probably the late-80's, but nothing I'd seen.  My grandfather started talking about "Voelker", because of course he'd known him a little, in passing.  Mostly I forgot about it, but it did stick with me.

My grandfather passed before I graduated high school, and my grandmother moved into an apartment near Teal Lake.  Summer of 1994, I went and spent a week with her.  She was elderly, and I was a 19 year old who basically didn't sleep, but I had picked up a copy of Anatomy of a Murder for reading material for after she would go to bed, and I read the book cover-to-cover before returning home.

Traver had based the novel, I learned, on a real case he'd tried, fictionalizing names and changing several important things to make for a more sellable story, but it was still fairly true, and based on a real case in which he'd invoked a precedent for a sort of temporary insanity, "irresistible impulse", not used in 70 years or more.  It was gritty stuff.  Rape.  Murder.  A lot of legal maneuvering and a defendant, victim and witnesses who weren't reliable.

When Hollywood came calling, they didn't just adapt the book - they decided to move the whole production to the area in which the real murder and case occurred.  The actual court room is used as the set for the considerable court scenes in the movie.  A big enough logistical feat, but that court room is also within easy walking distance to massive iron ore docks loading ore onto ships all day every day (at the time, they're no longer used).  Which meant the film company had to convince the guys on the dock to shut down their works when they were filming, lest you hear the dumping of ore into a boat the length of a cruise liner on the soundtrack.

My mom has fond memories of the filming.  She saw Jimmy Stewart and Lee Remick at a ski tournament and it was clearly a big deal while Hollywood came to this remote area, whose last celebrity incursion was probably a 1913 visit from Theodore Roosevelt when he was the plaintiff in a libel suit against an Ishpeming paper that had printed that he was a drunk.

I didn't watch the movie until after reading the book, but it was that same summer.

Last week I went back to Michigan's Upper Peninsula for the first time since 1998 - that last visit brief and for my grandmother's funeral.  My mom was probably worried I'd get bored (I wouldn't) and did some research on the filming locations for Anatomy of a Murder.  I want to be clear: this was a family vacation, not an Anatomy of a Murder site-seeing tour, but it did sorta spin out as one as we bounced from location to location.

In no way was this a complete tour of every site I could see, nor a guided tour, exactly, but like so many things up there, bits have remained untouched for generations.

Our first stop was at the Alumni Center for Northern Michigan University, my mom's alma mater and a formal normal school.  It's located near Lake Superior in the larger town of Marquette, about 12 miles from Negaunee and 15 from Ishpeming.  NMU was having an Anatomy of a Murder retrospective in honor of the film's 60th Anniversary.

Below are bricks that were in front of The Nordic Theater on Marquette's main street where the premier occurred.  The Nordic is currently not open, but they're trying to bring it back as an art-house cinema. 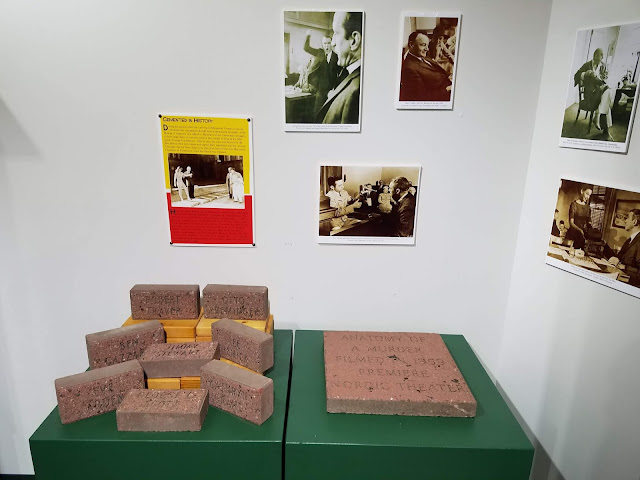 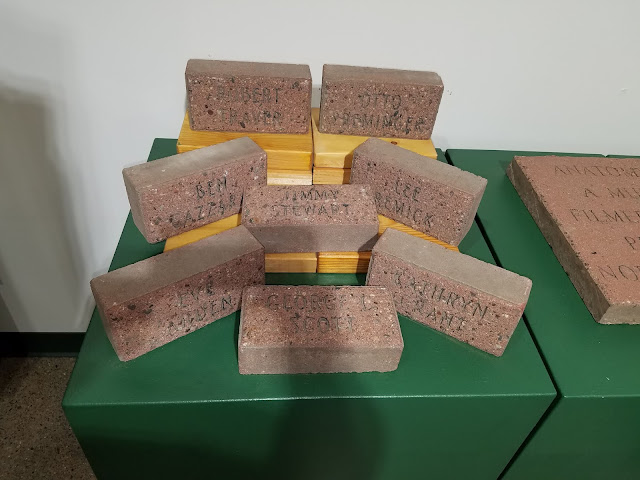 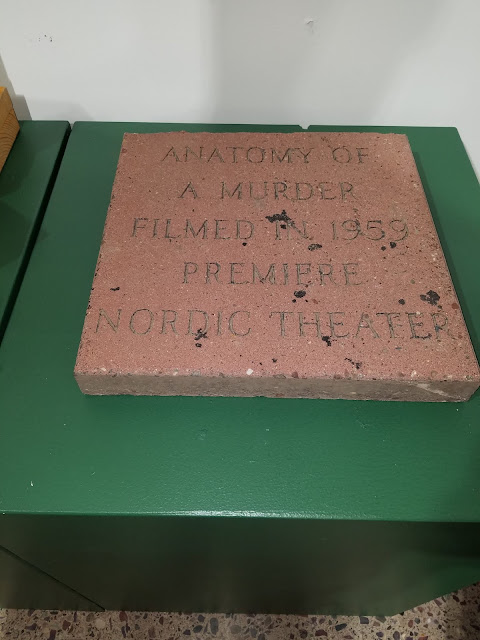 Much of the rest of the memorabilia was from local collections and tied more to Voelker than the film itself. 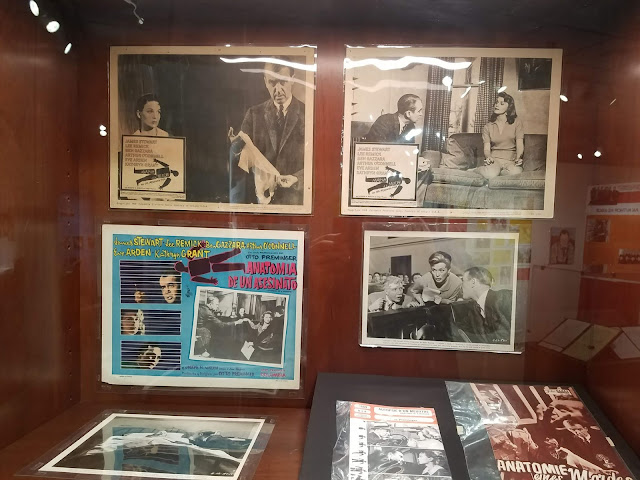 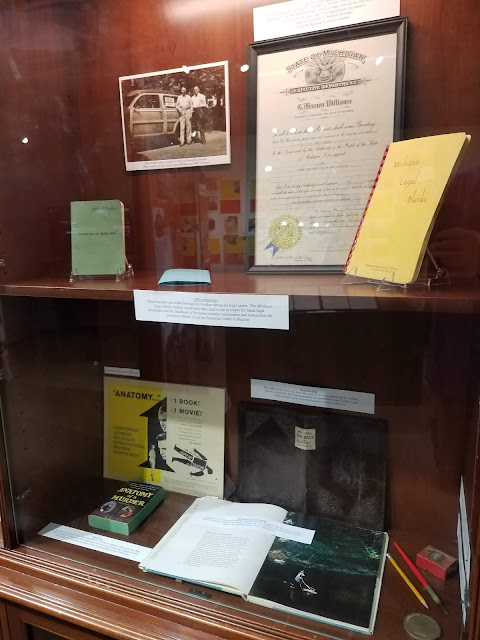 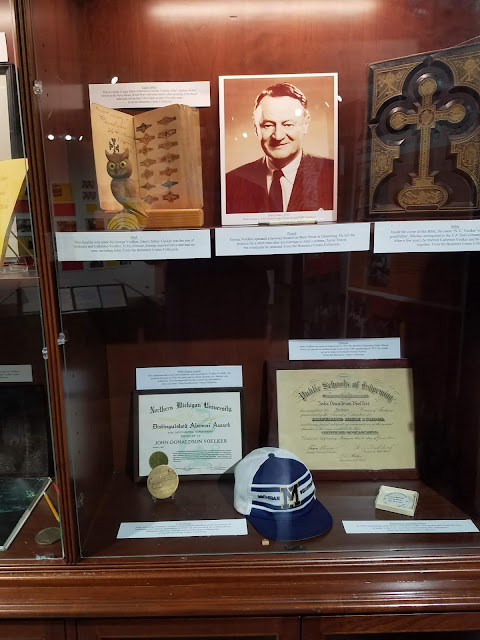 The next day, my parents and I visited the Marquette County Courthouse where many key scenes and sequences were filmed.  As noted, this is a legal drama, and the courthouse and court room get plenty of camera time.

The building was erected in 1902-1904 and is still very much in use today.  The folks of Marquette built things to last.

Here's a scene from the film that will let you see the court room.

They do use the exterior and a few other places.  I don't have screengrabs from the movie, but it's out there to watch. 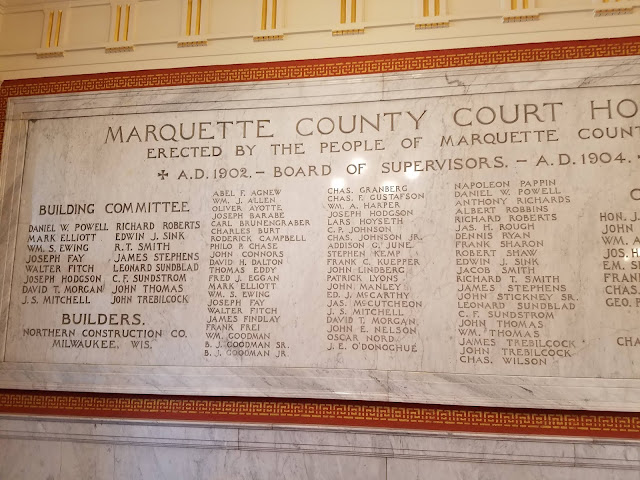 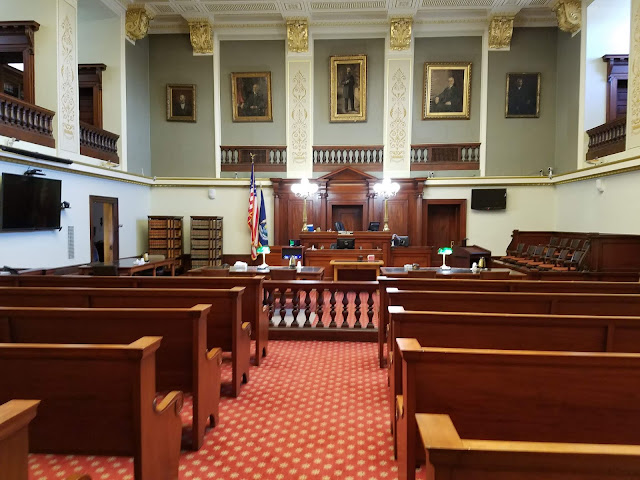 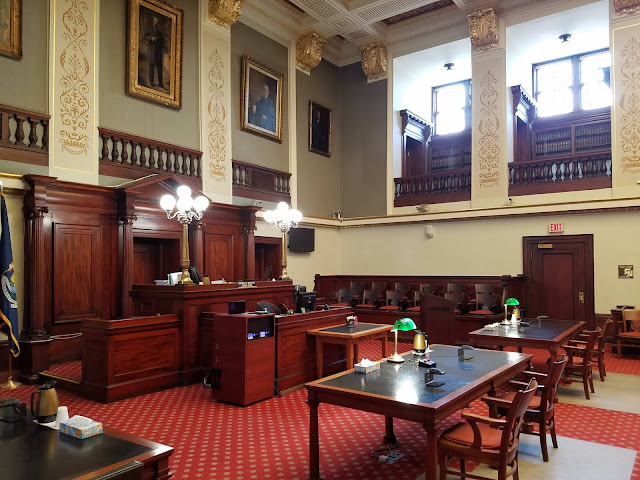 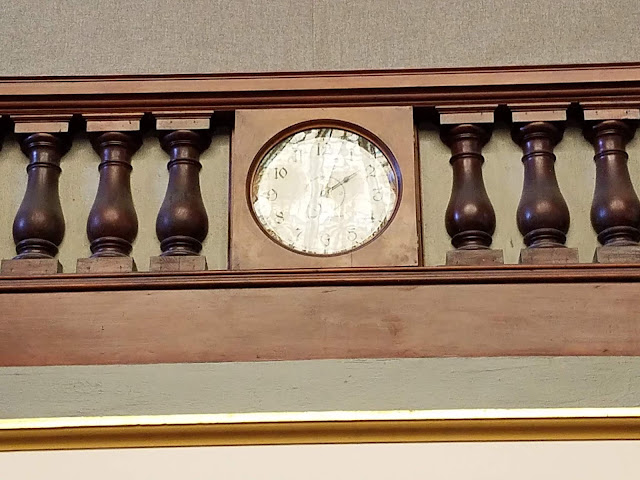 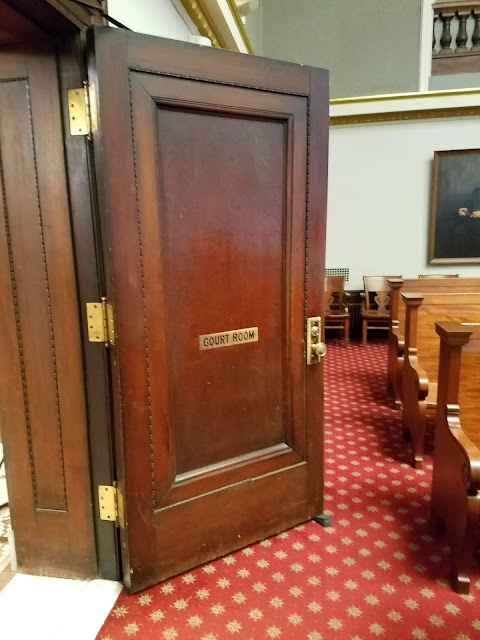 A very friendly bailiff was on-hand to talk to us about the movie, how they used it as a set and took a group picture or me and my folks. 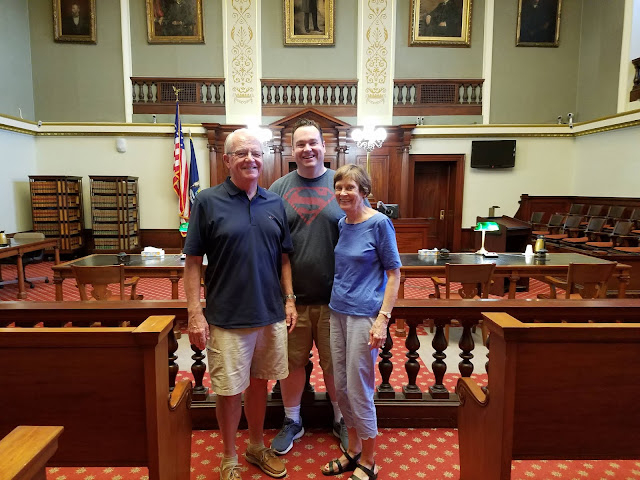 Absolutely beautiful courthouse. Hard to believe they built such a thing in Upper Michigan. Texas has some great, old courthouses, too. Sad to see the modern trend toward making them much more blandly functional government buildings.