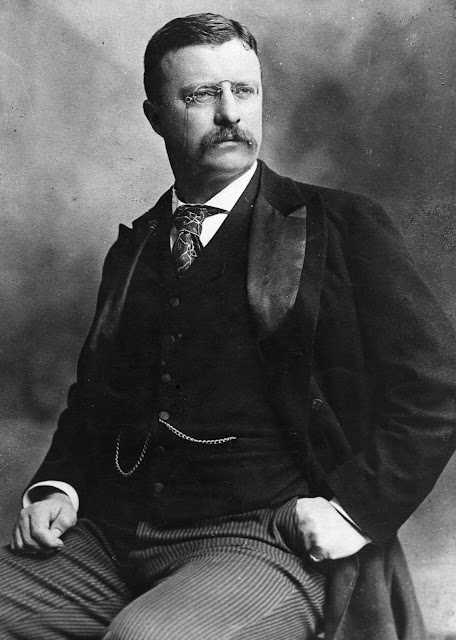 On The Colonel's birthday, I highly recommend - before forwarding any social media with images of TR tied to a quote - try Googling that quote first.  I've been seeing a lot of false quotes attributed to the man of late.

He was a profilic writer and speaker, he was imminently quotable, but he didn't really speak in modern soundbites.  So, anyway, be careful out there.

Halloween Watch: The Bride of Frankenstein (1935) 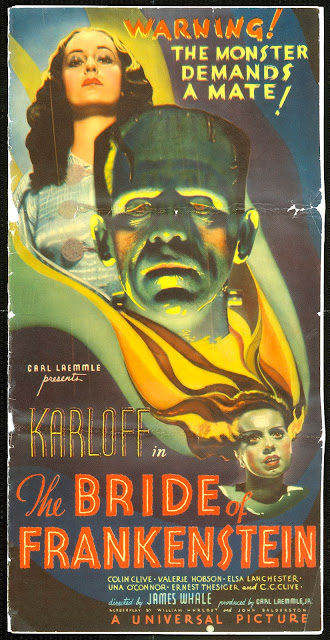 Watching a Frankenstein/ Bride of Frankenstein (1935) double-bill has become my personal Halloween tradition.  I'd already watched Frankenstein this year, and so needed to work in Bride of, which has been tough with the Cubs actually making it into the World Series.  I mean, usually by early October, I'm kinda done with baseball and my football watching is contained to Saturdays.

But, what would Halloween even be (for me) without The Bride of Frankenstein?  I don't even want to know.

The movie remains horrific, beautiful, eerie, hilarious.  Everything I'd want in a single movie, and everything I like about the holiday.

Here's to Mr. Whale and company, and everything that makes this one of my favorite films.

Signal Watch Reads: We Have Always Lived in the Castle (Shirley Jackson, 1962 - audiobook) 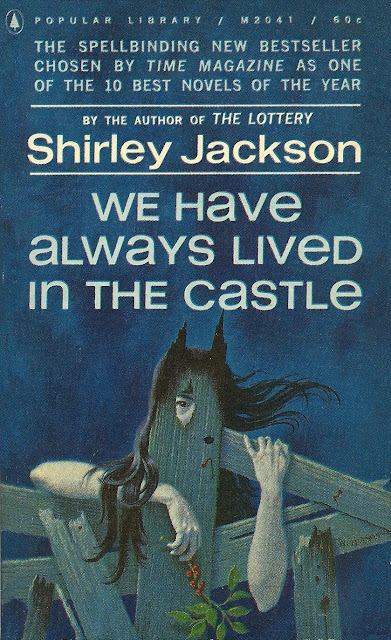 After reading The Haunting of Hill House, one or two of you (I know Max was one) suggested I check out more of Shirley Jackson's work.  We Have Always Lived in the Castle (1962) was the lead recommendation, and as I'd really liked the other novel, when October rolled in, I selected it as my Halloween read.

That may or may not have been the best selection specifically for Halloween as it's not necessarily the stuff of the monsters and pumpkins and ghosts I usually associate with the holiday, but everyone does it differently.  Rather, the closest comparison I could draw would be along the lines of Hush Hush Sweet Charlotte or Whatever Happened to Baby Jane?.   But even those are a far cry from this book.

Still, depending on how one were to read it - this book is horror.  Not the creeping uncanny spirits of a ghost tale, or even the realization that the normal is face-to-face with the supernatural.  It's the reader wrestling with an untrustworthy narrator and a creeping descent into something not necessarily sinister but tragic and mad. 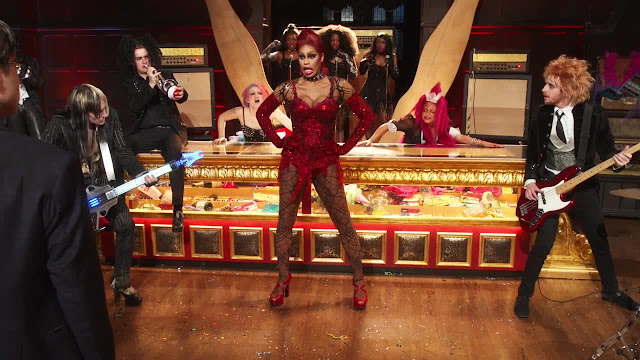 I don't know how to categorize this.  It was a two-hour television "event" on Thursday night, in prime time.  It's a sort of "TV movie", but it's in the manner of one of the live musicals the networks have been doing.  Only, it wasn't live.

Look, no one has remade this movie to date because the original is lightning in a bottle.  It was a movie that's still relevant, but a lot of what was taboo or edgy in that film has lost it's subversion as elements have become or are becoming more mainstreamed.  Putting a play/ movie about themes that were still considered unmentionable in the 1970's and turning it into fodder for channel flippers on a Thursday night was going to be difficult - but I almost felt like, Laverne Cox aside, most of the cast didn't really know how this was supposed to work.  And, frankly, it didn't feel like the director or producers knew how to do this, either.

To maybe throw some context on this:  the show/ movie was directed by Kenny Ortega, a name that's not exactly household for me, but he was the brains behind High School Musical.  And, boy howdy, does that explain a lot when you're watching the thing.

Really what struck me while watching this was:  Hot Topic. 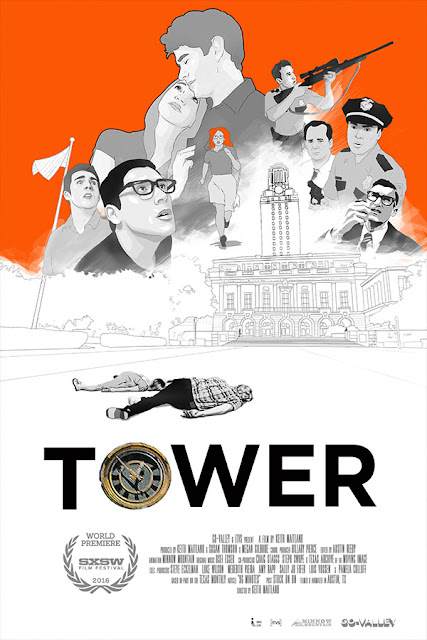 About thirty minutes into Tower (2016), I realized that the soundtrack to the film included the ever-present sound of cicadas, a tree-dwelling insect which emits a steady humming that all Central Texans know as the droning background noise of the hottest days of summer.  I'd tuned the sound out the same way we all do, and I began to realize part of why the film felt so immediate - and why the film is so effective.  What the film captures is very real, from glimpses of the University of Texas campus to the sound to the casual chatter about campus life, torn apart on August 1, 1966.

I'd wanted to see this film from when the producers first released footage maybe a year ago.  Then friends saw it as SXSW and had positive things to say, and I was encouraged that the documentary would do the event whatever justice could be done. 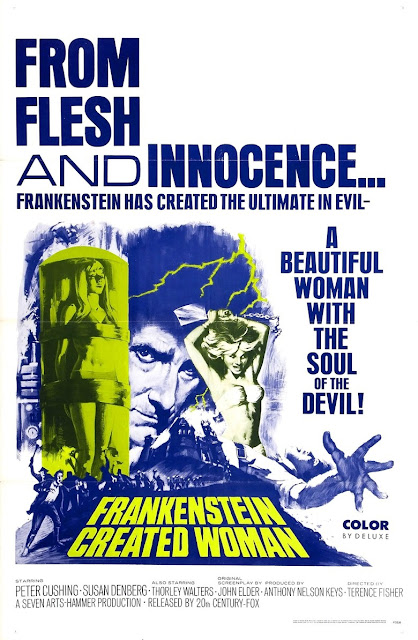 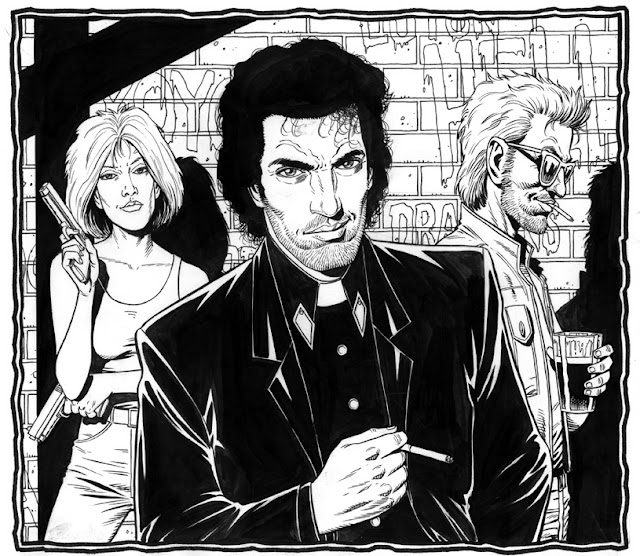 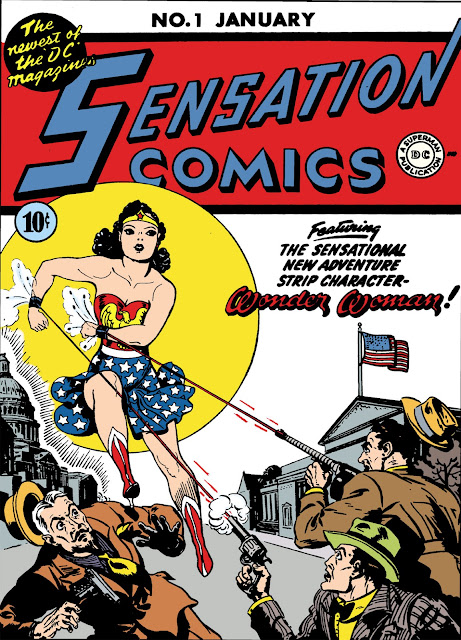 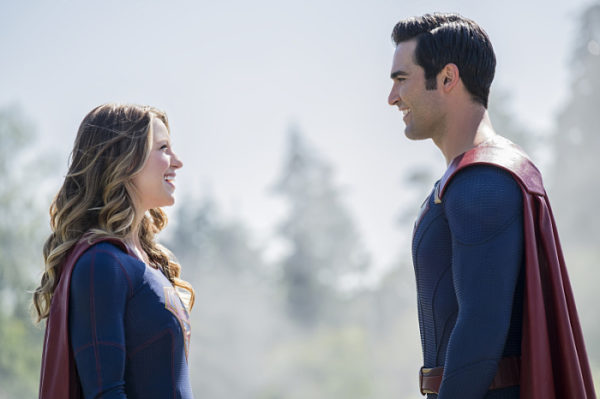 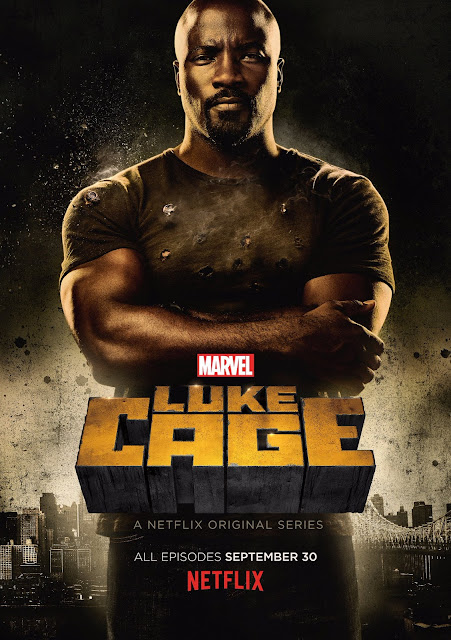