Mark Waid has been one of my favorite creators in comics for a while now, but I was a little slow on the uptake.  I still haven't read his run on Flash excepts for partial excerpts.  I haven't picked up all of his terrific volume of work.

I was alerted by the headline at Comics Alliance that we're celebrating 25 years of Mark Waid working in comics.

Let The Signal Watch not be remiss in saluting this tremendously talented and influential voice in the comics medium. 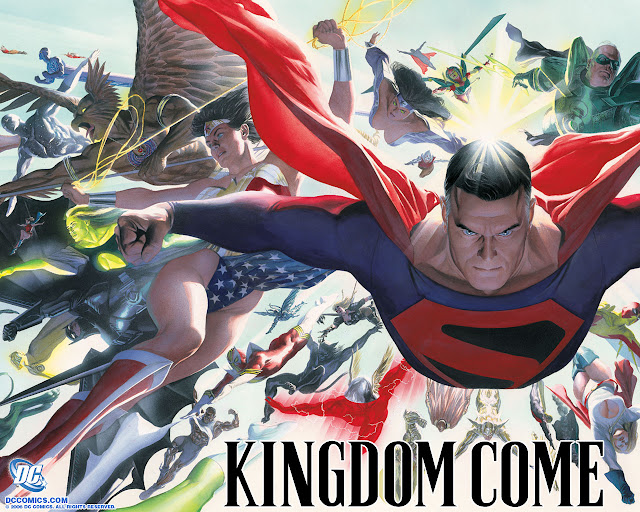 Last summer Mr. Waid came to Austin on the dime of Austin Books and Comics to host a screening of Marvel's Captain America: The First Avenger.  He was terrifically gracious with us stuttering fanboys and the few sentences that he shared both at the movie - and the next day when he signed some of my favorite Waid-penned books - were sort of my own equivalent of meeting a rock star and it actually living up to what you'd hope.

Of late, like other terrific friendly-rock-star-story creator Chris Roberson and MonkeyBrain Comics, Waid's been exploring digital comics with his Thrillbent digital imprint and the terrific Insufferable.

But, as much as that, Waid is doing the thing the best writers seem to do as he gets older...  he just keeps getting better.  It's absolutely stunning to check out his work and see how well he handles different genres, characters, etc...  and how each resonates.

He also just made a Gutters issue: