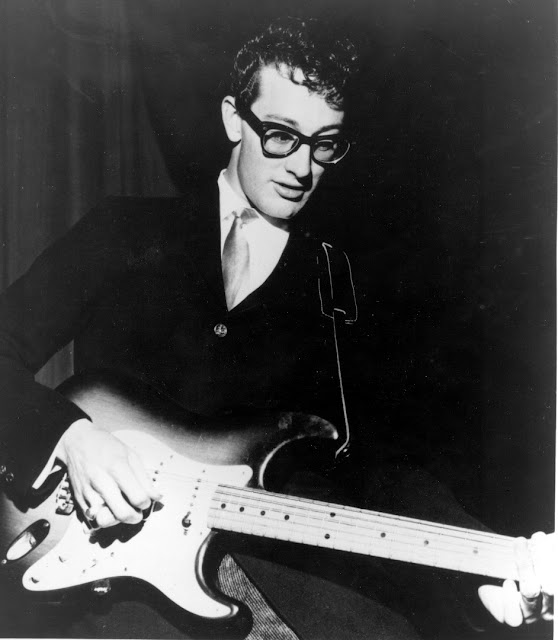 
Yes, being a complete nerd in 7th grade who was as much into Phil Collins as he was Roy Orbison and Buddy Holly, it kind of paid off later when people started telling me Buddy Holly was cool.  "I KNOW!" I said, but it seemed a little hollow.  Also, Yeah, I know there's a Weezer song.  It's very cute but chronologically INACCURATE.*

Maybe it's the hint of Texas swing in the Crickets' bass and drums, the jangling of Buddy's guitar work...  I have no idea.  But, man, I still love me some Buddy Holly.

There's not much footage of Buddy Holly as he died extremely young (in the plance crash with The Big Bopper and Ritchie Valens), and just as rock was making it's way onto TV.

Basically, I think in a lot of ways most of rock'n'roll is trying to catch up with these guys.

Here's to my fellow Texan.  Happy birthday, Buddy!  Wish you were still with us.


that is how you rock a @#$%ing bowtie, hipsters