Your Questions Answered: Why do you hate Rutherford B. Hayes?

Why do you hate Rutherford B. Hayes?

I actually tried to find a reason to hate Rutherford B. Hayes, but reading his bio, it's kind of hard to find much fault with the guy.  He inherited a tough spot in the wake of the panic of 1873 and managed to forge a new path for currency, worked to amicably end Reconstruction and restore full independence to the South, did good deeds in Latin America, took no BS from Mexican bandits and handled the railroad worker's strike with more humility than Reagan and the mess with the air traffic controllers.

The 1870's are a somewhat unsexy period in American history, so I had to look up quite a bit on Hayes, but in my estimation, aside from the extremely dicey way in which he took office, he seems all right.

So, the answer is: I DO NOT HATE RUTHERFORD B. HAYES 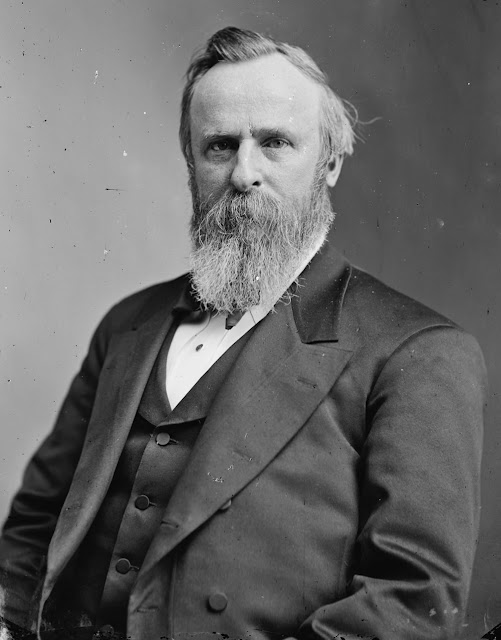 In fact, I find quite a bit to admire in his biography.

I'm not sure I'm ready to get on the Rutherford B. Hayes bandwagon, like you people, but as a man of his time, he seems pretty remarkable.  Unfortunately, he falls between Lincoln and Roosevelt, in that era of American history that just doesn't get much press.  I think that's all on me to better understand, and maybe that's worth doing sometime.
Posted by The League at 3/04/2013 10:56:00 PM