Remembering Patsy Cline on the 50th Anniversary of her Passing 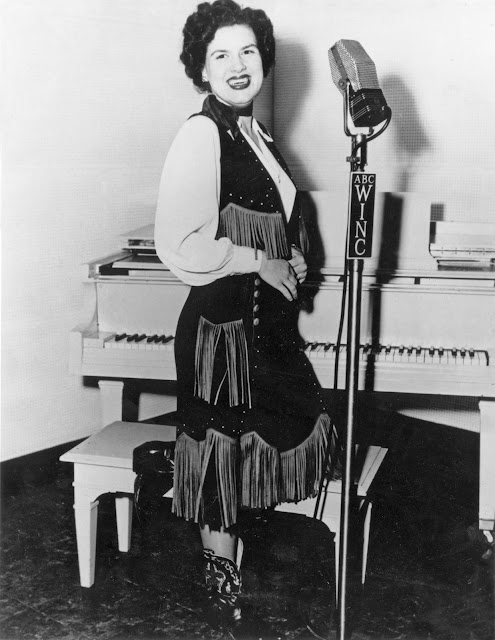 Today marks the 50th anniversary of the passing of Ms. Patsy Cline.


I first started listening to Cline in college, and I'm still a bit smitten.  Though she has no real Texas connections, she's much adored here in the Lone Star State and Esther's Follies' nightly tribute to Cline may be why she retains popularity here in town to such a high degree.  Or, the fact that Willie Nelson wrote "Crazy".  Yes, he did.

If you don't have any Patsy in your collection, rectify that situation.  She's an icon and a core element in American music.  Country and rock stars alike are still trying to catch up with what she did before her untimely demise in a plane crash 90 miles from Nashville.

We didn't get to watch Patsy grow and change with the country scene like so many of her contemporaries, and we didn't get Patsy on variety shows or at tributes.  She's forever locked into the late 50's and early 60's, and it's a bit of a hearbreaking shame.  Maybe appropriate for a Patsy Cline song.