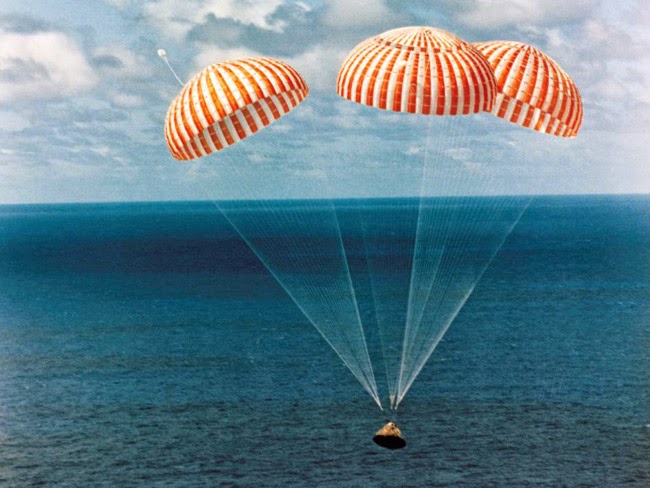 
In the basic chart of the communication cycle, there's usually two people (at minimum) sharing and receiving feedback, encoding, delivering, decoding messages and whatnot.

If, sometimes spending 30-60 minutes writing a treatise on the importance of Bizarro got me no comments and made me want to chuck it all, the next day I'd get 18 comments after mentioning something in passing about Howdy Doody.  You never really knew.  But that's where they cycle came into play.  It made it fun.

It's just not a communication channel.  It's more like an infinite sea of street preachers all just blurting whatever they're thinking while people walk by.  People, who are actually on their way to their own soapbox to go blurt whatever the hell they're going to blurt.  And, likely, they'll pick up a few things to blurt that they liked they heard the other street preachers blurting.

And sometimes those street preachers all start blurting something new or interesting together, and it does get interesting for a few hours before everyone gets distracted again and they all go back to the incoherent rabbling.

Mostly, tumblr is just a firehose of context-free images, poorly attributed quotes, teen-agers angsting, people who don't know the difference between "your" and "you're", and a great deal of whatnot.  But, if you wait around long enough, you can see some interesting stuff, so don't ask me to write off the whole enterprise.


I've done a bit of housekeeping, cleaned up some links, updated some sections, etc...  I don't think blogger is a Flying Dutchman at Google quite yet, but it's also clearly not getting the same attention as the self-driving cars or nano-assassin droids.  The good news is that they seem to have fixed the commenting problem I was having for the last few weeks I was blogging in 2013.  I've lost some comments from the last few weeks of blogging prior to the hiatus, but everything else seems to be intact, so that's good news in my book.  And the less I need to worry about everyone have a Google account and what we were all saying about Man of Steel at the time, the happier I think I'll be.

I have no idea what format this go-round will be, what the frequency will be of my posts, etc...  I'll post some life update stuff, I guess.  Talk about my current relationship with comics, movies, what have you.  We won't abandon the themes altogether here.

But a lot of folks who were comic nerds/ fanboys/ etc... who are around my age (I hit 40 in April 2015) have abandoned blogging as the red-hot-nerdom of their 20's and 30's wore off.  Frankly, that's something I'll be discussing here.  As your relationship with this stuff we've talked about here since I was in my 20's changes - what does that look like as they made a movie in 2014 that prominently featured Rocket Raccoon?

And, I guess if there's anything else you'd want to know, let me know.  I'm around.  Happy to listen to ideas.

My expectations for doing this aren't terribly ambitious.  I'm not exactly doing this for money or fame.  So, let's just see what happens.  Sound good?

Great.  Good to see the place didn't fall apart while I was on walkabout.

Welcome back! Already my 2015 is looking up, thanks to you.

At long last - great news for the new year!

Great to have y'all say howdy! Looking forward to doing this all again.

Too funny. My lawyers won't get on your ass; you're fine to use my work as long as you continue to keep the copyright information intact. I've since moved on from RealMarcom.com; you can now find my stuff at www.donnach.com. Brent Duncan.

Appreciate the lack of lawsuit, sir! best of luck to you in your endeavors! And, hey, this stuff on your site is pretty interesting! I used to work a bit in ed-tech myself on a grunt/ systems level.