The story is about desperation and survival for men who may not deserve the third chance at life that's in reach.  It's a beautifully shot and conceived movie, and the sort of movie that the studios were making in the 70's as they let filmmakers create movies that would distinguish the cinema from the television in scope and demand on the audience.

If you've enjoyed Friedkin's other work, and/ or Roy Scheider, definitely one to seek out.

It can't hurt that I was a 12 year-old boy who loved Star Wars when I went to see this one at the theater in the summer of 1987.  I don't know what else to say about Spaceballs at this point that hasn't been said, but it's certainly one of those movies I've been quoting so long, I sometimes forget that this is where I got this, that or the other thing I'll say from time to time.

I still say "C'mon, Schwartz...!" every time I'm waiting to see if something on my computer will work while the computer/ internet process. 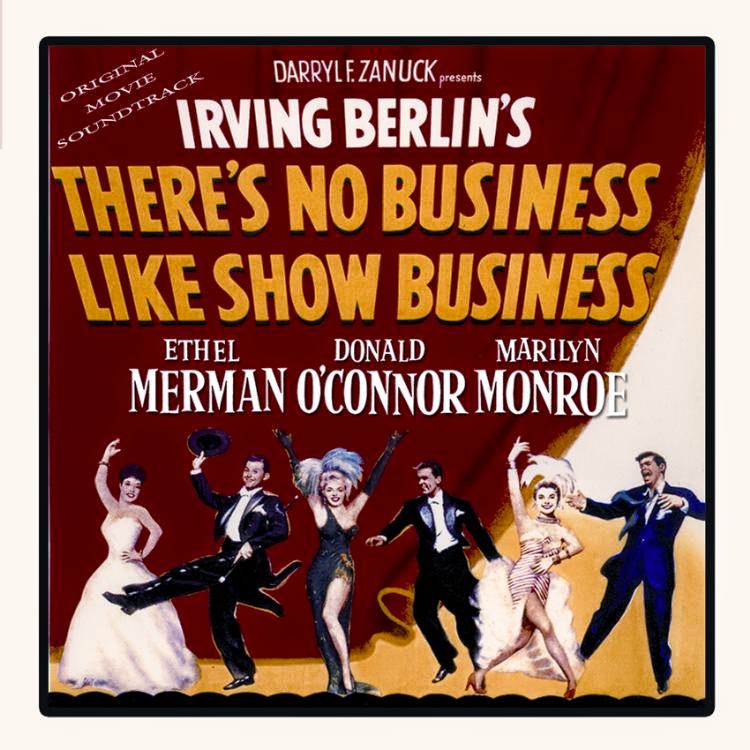 Back in September, I was looking to pick up a BluRay of The Misfits, and by the time I was done, I was able to land a Marilyn Monroe collection from Amazon for half-again what the cost of just The Misfits was going to set me back.  The set contains a number of her movies I'd never seen, so I figured, rather than hope they show up on TCM, I'll just pay the extra few bucks and guarantee I can watch them.

This isn't really a Monroe movie, but she's in it a bit.  She's sort of a love interest for Donald O'Conner (I know, I know...), who is the youngest of three children in a family that has made a life in the Vaudeville and mid-20th Century musical entertainment business that is all but forgotten in 2014.  Music by Irving Berlin, a sentimental family story, Mitzi Gaynor and Ethel Merman...  sure.  It was fun.  Not sure it was my favorite movie, but I'm not complaining.

Thanks for humoring me with Spaceballs. Michigan J. Alien always slays me.

I never saw Sorcerer. I just watched the trailer. Still not sure I want to, but I will file your recommendation away should the film pop up on cable.

Spaceballs, like so many slapstick comedies, suffer on repeat viewings. But I still crack up at the scene following "Comb the desert!"

I don't know what it is about slapstick and/ or Mel Brooks, but I have the exact opposite reaction. I have no idea how many times I've seen Spaceballs, Blazing Saddles and Young Frankenstein. It's a lot. And I'll do the same with Three Amigos and a lot of other ridiculous comedies.

As per "Sorcerer" - it's an experience. You'll know if you want to deal with it after the first ten or fifteen minutes.

You're right. That's not always the case. Young Frankenstein makes me laugh every time. I love Airplane and Dirty Rotten Scoundrels but for me, I need years in between viewings. Same with the Hotshot movies and Police Academy.