It's tough to top Billie Holiday.  She's undoubtedly one of the most important vocal performers of the 20th Century, and certainly one of the most recognizable voices since recorded and broadcast music sprung into existence.

Holiday's biography also reads like the blueprint for a terribly depressing biopic, but it's also a remarkable American story. 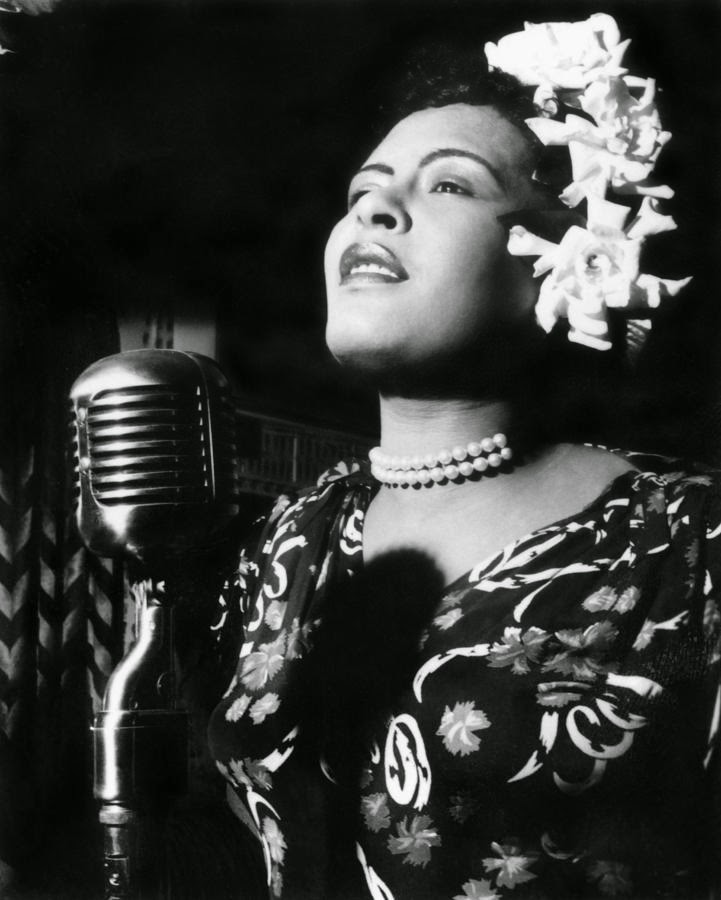 This weekend I tried to watch Annie Lennox, who I have admired since I was a kid, perform her new concert, Nostalgia, on PBS, recorded in front of an upper-crust audience at LA's Orpheum Theater.  And, while I understand that many performers sooner or later hit a point where they explore The Great American Songbook - Lennox performed a few of Holiday's standards, and I found the thing puzzling enough I turned it off.  But, taking apart what was happening and for what audience could take a few hundred pages and a deconstruction of cultural appropriation that would leave nobody happy.
Strange Fruit and God Bless the Child aren't owned by Billie Holiday, but they're certainly part of her catalog, and I don't blame Lennox for wanting to emulate Lady Day, but...  context.   Billie Holiday's voice, song choice and expression were formed by what amounts to an extremely troubled youth (broken home - to put it mildly - and as a kid, she ran errands in a brothel) and young womanhood (prostitute by age 15).  Holiday was part of the colorful jazz scene of Harlem from the early 1930's and onward (she was performing by age 17), and was playing with Count Basie and Artie Shaw within a few years.  Even after some very public problems, she did manage to play shows at Carnegie Hall that were very well received.

Holiday remained embroiled in personal, legal and substance abuse issues literally to her arrest on her deathbed for possession.  She died at age 44.
But you can Google Holiday's biography on your own time.
Of the greats of jazz vocalists, Holiday is still likely my favorite, even after 20 years of pondering the question.  And I'm not alone in that opinion.  She's the one even a feted musician like Annie Lennox is still chasing after all these years of arguably greater popular success, her legacy not really in question in 2015.  But she won't be Billie Holiday.  No one will.
Due to her popularity over multiple decades, we're lucky to have an extensive catalog of Holiday's work, most of which is findable on streaming services.
My first Holiday album was actually some of the work she did relatively close to her passing, the double album Lady in Autumn.  In 2015, it's difficult to say what was a standard that she covered and what became a standard that's survived because she covered it.
Anyway, today marks the 100th birthday of Lady Day.  So, if you get a chance, give her a listen.