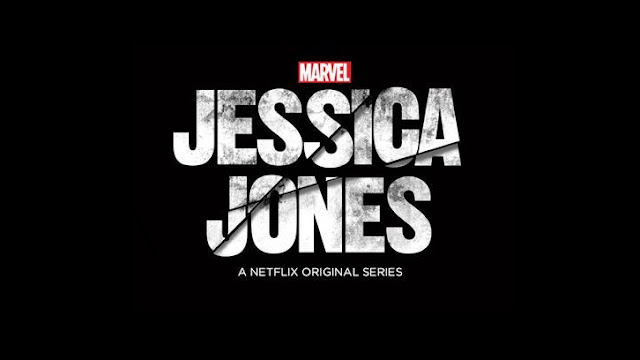 Here is where I don my comic hipster cap and harken back to the days when I was picking up Brian Michael Bendis' Alias during its initial run.  Yeah, yeah.  I was reading Alias before reading Alias was cool.*

You have to keep in mind, and the kids will never believe this, but Bendis did not arrive on this Earth fully formed as a successful writer of Avengers and X-Men.  He started in indie comics (if you're never read Torso and Goldfish, correct that situation), with a particularly noirish/ crime-ridden bent to his work, which was how I picked it up.  It's good stuff.

Marvel was in a really weird spot when he showed up.  The Spider-Clone debacle,  merging with an action figure company and, basically, the 90's had nearly done the entire company in.  At the time, they were a publicly traded company, and their stock totally, totally tanked.  It was ridiculous.  For all the warm fuzzies the kids have about that 1992-style X-Men of Many Pockets, that shit almost killed Marvel the first time around under the stewardship of Bob Harras, currently steward of DC Comics (hey, DC, how are sales over there, pals?).

So, by the turn of the Millennium, new leadership was installed and Marvel was trying all sorts of stuff, including not-quite-Vertigo type titles under the Knights (basically PG-13) and Max (basically R-rated) banners.


Bendis did not yet have the clout to get his hands on the mostly-defunct character, Jessica Drew (AKA: Spider-Woman), but it took me a full issue of Alias before I figured out that the lead in the new Max series, named Jessica, was not Spider-Woman.  My guess is, Bendis had put his story forward at Marvel and - if you've already watched the pilot - they gave him a big "Nyet" on his request to re-cast Drew as a lush, sorta-loser with a terribly tormented past.

The comic fell into the Post-Watchmen, Post-Vertigo slot as mainstream heroes were now engaging in more and more adult behavior (which got just stupid over the in Ultimates line).  In that first issue of Alias, what I recall even today, was that Jessica Jones was clearly established in the Marvel U proper, she was a bit of a boozer in a way you did not see protagonists in Big 2 comics, and that she had a one-night stand with Luke Cage.

This wasn't entirely ground-breaking territory, but it was comics about characters behaving like adults and dealing with adult-type problems in ways that didn't have that "word burst" feel of "comics aren't just for kids anymore".  We'd passed through some veil, where it wasn't the deconstruction of Watchmen or  the awkward insertion of adult ideas into a superhero comic to somehow make it mature.  The take felt grounded in reality in a way that monthly superhero comics trying to sell action figures normally were not.  The very real crimes of the real world rarely made it into comics even 15 years after comics supposedly stopped being for kids, and no one ever seemed to have any longstanding emotional trauma no matter what happened to them.  That was, as we say in software, a feature - not a bug.

The television program of Jessica Jones bypasses the multiple arcs it took the comics to get around to saying what had actually happened to Jessica.  In the comics, she was an Avengers wanna-be, knew Carol Danvers, had once worn a colorful costume and was supposed to have enjoyed team-ups and the whole nine-yards, btw.

The show strays from this idea, and that's fine.  You won't miss it, and the Marvel Cinematic U is so different from the comics, there's no reason to force it.  The other big change is that Marvel (and usually DC) have never quite had the stomach for the real-world implications of the evil that people do to begin with, and paired with "super powers", how utterly dangerous and terrible some characters could be.

SPOILERS and some uncomfortably adult conversation

Even the comic of Alias dodged what seemed to be the obvious implication of a year of entrapment would mean, giving Jessica an out.  This had happened before way back in issues of Uncanny X-Men I recall wherein a villain with mind-control powers seized Jean Grey and she disappeared on everyone.  But it all was written to remain remarkably not nightmarish.  And, in general, depending on the audience and tone, that's fine.  But the implications were pretty clear in Alias, and still they got dodged.

Not so much in Jessica Jones.  There's no slow roll out to Killgrave's impact on Jones.  She never outright says it, but it's there.

I'll go back and forth on whether or not superheroes are the place to explore serious, real-world issues, and - at the end of the day - it mostly has to do with execution.  If Booster Gold somehow became a great vehicle for discussing the intricacies of PTSD via a well crafted story, I guess I'd have to accept that as something I was okay with.

So, what Jessica Jones becomes about - and what the comic always felt it was about, despite the dodge - is a rape survivor addressing what occurred to her, and what has now happened to someone else.  If Superman were a juvenile way of addressing social justice ills of the 1930's and 1940's, Jessica Jones becomes a metaphorical story of recovery and empowerment in a way that Marvel, as a comics company, never allowed its writers to fully realize.

Heroism isn't defined by your mutant power.  It's defined by what you do to survive, absolutely, and - what you do to make the world better.  You don't need an Iron Man suit for that.  And while Jones is super-strong and nigh-invulnerable, that won't help her from either what happened to her, or what she's lived with since.  There's a believable hero in Jessica Jones as both survivor and - as we get through the second episode - what she has set out to do.

I think this show is going to traumatize some viewers who can deal with Daredevil beating the shit out of thugs in a hallway, but when you have to start thinking about how real trauma affects real people, it can all get to be a bit much.  This may not be a show designed for popcorn consuming binge watching.  But it is compelling TV.

And it's a reminder not just of a comic that pushed boundaries, but of the variety of the landscape of live-action superhero media that's cropped up in the few short years since Robert Downey Jr. put on an Iron Man suit.  We're now spreading our wings and trying new things within this genre.  The comics took decades to get to this point, and the movie audience has been swept along at a rocket pace.

The comic was about a soused detective with a solid moral compass working in a complex world.  It was as noir as you're likely to get.  The TV show picks up on the fine tradition with smidges of superhero-ish-ness, including a character I realize must be Patsy Walker for TV, one of Marvel's oldest properties.

Anyway, so far so good, and I haven't even had a chance to talk about the cast.


More later when I'm not so tired.

I like it so far. I'm looking forward to comparing notes with you as someone who knows practically nothing about the character. Something I find very refreshing about this series along with Daredevil is that it slows the story down without losing momentum. Comparing them to shows like Supergirl and Flash, which have an almost frantic pacing, these shows suck you in with their suspense and refusal to dumb down the content for the audience, and for me as a viewer, I appreciate being treated as an adult. And these series are most certainly for adults. I'm pretty sure I'll only be able to handle about one of these a night. Not only are they traumatic, but I like being able to digest them a bit in between episodes. Thumbs up for me.

I'm into the 4th episode now and I'm really enjoying this show. Since I'm not sure if you've gotten past the first two episodes you wrote about I won't say much about it other than yes, that is Patsy "Hellcat" Walker or possibly for the Marvel Cinematic Universe it is her daughter? Regardless, a really interesting show and Killgrave is one of the most detestable villains in comics and translates incredibly well to TV as well.

Haven't gotten to episode 3 as we had folks show up Saturday (hey Doug!), but I'll pick it up again over the next several days. I'm not, like, a Patsy Walker aficionado, but I always liked the fact that she was this weird, long-lasting marvel character who'd jumped titles and genres over and over.