Before Comics Were Cool - The Gen-X Recollection Project: Jason C.

We are thrilled to have the participation of Jason C. here for the Gen-X Recollection Project.

Jason is a recently published author, a former co-worker, a former collaborator from my days at Comic Fodder, holds a PhD in English, a software developer and all around good guy.  Oddly, before I met Jason, I'd read part of his dissertation as it made the rounds in the geek-o-sphere as he discussed DC Comics as a collaborative shared universe through the lens of Crisis on Infinite Earths.  It was an odd moment when Jason and I were first chatting at work and I realized he was the guy who wrote that dissertation.*

Also, it turned out Jason was in grad school at the same time as my boss and they're pals.  Sometimes Austin, TX is a very small world.

But, enough about me.  Here's Jason's narrative of how things went down. 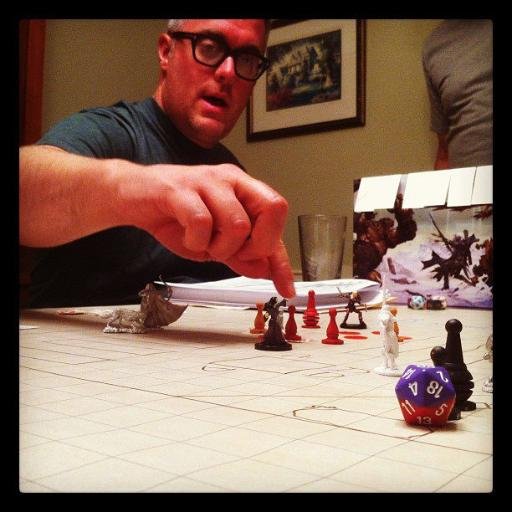 
One year, some of the heroes ended up on New Genesis, a garden paradise where they fought a guy named Orion. Orion was a hero, but he had an evil face that came out in times of violence, and he could only heal it with Mother Box, a machine that was pretty much your iPhone infused with the power of God. The rest of the heroes ended up on Apokolips, the opposite of New Genesis, an industrial hell run by Big Brothers named Granny Goodness and Darkseid.

One year, the Secret Society of Super-Villains came through the portal by surprise and messed everyone up. My friend George and I played out this comic the most. We made our headquarters out of the pool pavilion, and battlefields out of the golf course. I played Johnny Thunder sometimes, hapless hero of the Justice Society, who wore a bow tie and jacket and only belonged because he had a magic living thunderbolt. I liked playing a Secret Society villain more often, though, the Psycho-Pirate. Psycho-Pirate had a creepy faceless mask, and when he took it off and showed you his face, you felt whatever he wanted you to feel.

One year, the evil Crime Syndicate, the anti-Justice League, came through the portal instead of the Justice Society. The Justice Society ended up instead on Earth-Prime, which had been wiped of all life, all civilization, by a nuclear holocaust. Per Degaton was responsible for this. Per Degaton was a time-traveling Hitler. Earth-Prime was our world, yours and mine, the real world, where school and its melancholy approached, where the pool days were getting shorter. Our world was going to burn.

Since you read this blog, you probably know what these descriptions mean, but it's all right if you don't. I didn't. I picked up one of these crisis comics each year, always in the middle of the story. My mom bought them for us, at the grocery store across from the pool, in our little Kentucky college town, where everybody knew everybody else. Mom wouldn't countenance begging for toys, or for candy, but a comic book was still a book, or close enough. We got one each per trip. Mom would take the shopping cart around, and my brother and I would camp out by the spinner rack and read the two comics we were going to buy, and all the other comics we weren’t. There was no such thing as a comic book store. Comic books weren't a continuous serialized story, at least not for me. They were worlds that I would visit sporadically, a different location from month to month, welcoming me with waves of new context and confusion, as if I had accessed those worlds via a dimensional portal on the fritz.

Plastic Man's origin was about chemicals: the gangster Eel O'Brien became Plastic Man after a vat of acid was dumped on his bullet wound. The acid infused his blood and body, making him fluid and elastic. There was a shed where I used to play, in a wooded clearing near our house and among four or five others, a no man's land. The shed had a mason jar on a shelf, within reach. It was labeled sulfuric acid. I spent a lot of time looking at that jar and thinking. I had cuts on my fingers, on my arms, the occupational reality of being a eight-year-old boy. It had worked for Eel.

I never tried it. I'm still curious why I didn't, and just as curious why I considered it so seriously. I had a story telling me it would work. Did I think that story was real, or not? What is that perspective, that child's midpoint of consciousness, when he sort of gets that fiction and lived reality are different, but not really? I can't remember. Maybe it mattered that I lived on Earth-Prime, that the comics implicated us, that Per Degaton could come over and destroy my world.

I think it mattered that it was Plastic Man, too. Plastic Man's power was his body itself, enveloping and penetrating, walked on and pulled. His body would inflate like a bulging balloon. It would wrap monsters or other men in a tangle. His body would deform with every punch; when he was shot, his back would spike with the velocity of bullets. He wore a leotard with an open chest, and it wasn't always clear where his body stopped and the clothes started.

These are memories about comics, not sex, but when you're a young gay boy looking at page after page of idealized, often compromised, mostly male bodies, there's some overlap. I was confused and fascinated by Plastic Man. The polymorphous Mr. Fantastic, too: we know him now as a nebbish, but in the late 70s, Ron Wilson and Joe Sinnott drew him in an evolution of the Kirby style, kinetic and built, a man's man, frequently shirtless, distending his bare muscles in all directions while for some reason floating alone on a rock in the Negative Zone. Mr. Fantastic and Plastic Man were the closest I got to turned on before adolescence.

I was an awkward kid. I didn't like my body, and I learned early on how to disconnect from it. When we played out the comics, I played characters whose bodies weren't important. Johnny Thunder just had to sit back and tell his magic thunderbolt what to do. Psycho-Pirate was all about the face. And Doctor Fate, my favorite role of all the heroes, with his expressionless golden helmet and his subtle hand gestures. Doctor Fate didn't punch, or get punched. He floated and made ancient Egyptian spells happen. His powers were history and homework. But I never looked at books about ancient Egypt the way I looked at that sulfuric acid in the shed. I didn't want to be a magician. I wanted power in my body, a body that did anything I wanted, a body with a ridiculous and amazing lack of limits.

This is my origin story. I am a continuous serial, of course. There are some following chapters about quitting comics when I thought I was supposed to, when I wasn't a kid any more, then rediscovering them in college, when comics stopped being for kids. The new chapters are about Earth-Prime today, a world where comics have exploded all over our culture. It’s a brave new world, but, for some reason, I don’t find it a garden paradise. I find myself looking for new escapes, new secret dimensions.

All those chapters are less important, though. This is the anchor. If you understand this part, this story, then you can make sense of the rest.