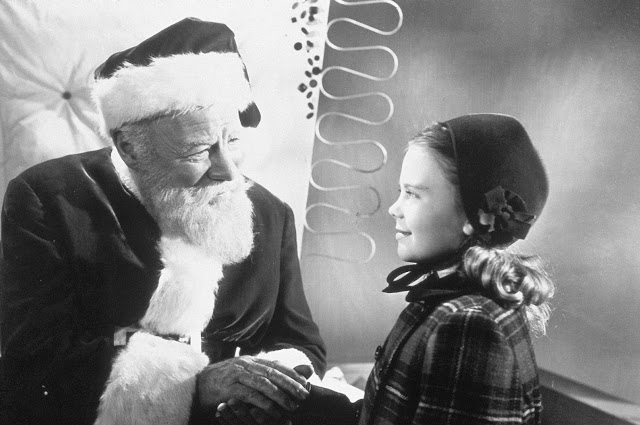 I've seen Miracle on 34th Street (1947) probably a dozen times, so it seems unlikely I haven't written it up before.  If you've never watched it, or the 1990's version, you should know that the 1990's version is mostly a treacly, charmless exercise in unearned sentimentality.  Which is weird, because the cast is pretty good, so you have to just dislike the changes to the story and the bland direction.


The 1947 version was made during a time when kids knew about the ill-effects of booze from before grammar school, people wore hats, John Payne's hairgame was on point, Maureen O'Hara was a ravishing redhead, and we could all feel free to hate a psychologist in a children's movie.

And, of course, Santa was a no-fools-suffering fantastic guy who wasn't afraid to do a mean monkey impersonation.


Miracle on 34th Street delves into a lot of "is it magic, or is it coincidence?" type stuff, never quite tipping their hand one way or the other.

And so it is that I feel I must discuss one of the least-talked about greatest scenes in cinema history:  the two guys who kind of arbitrarily decide that they're gonna be smart-asses and send all their junk Santa-mail to the Courthouse, providing the not-quite deus ex machina that saves the day.

Short of Bert and Ernie in It's a Wonderful Life, these may be the greatest two smaller parts in any of the Holiday classics.  I love these guys. 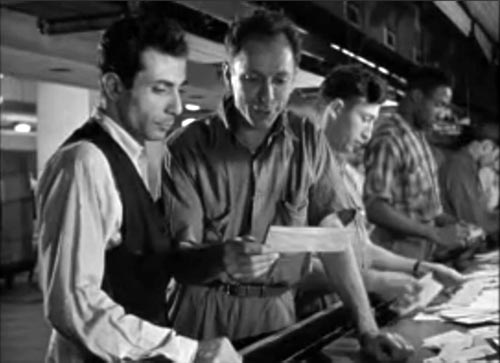 I'll argue that kid actors from this era are so much better than kid actors of later years. Maybe it's because they hadn't suffered as much from stage parenting, but they always seem much more natural and kid-like. Natalie Wood is awesome in this movie. It may be my favorite little kid role of all time. Her facial expressions are priceless - the best side-eye I've ever seen.