One of the funny things about Chicago's northside - when you drive through certain neighborhoods, you really do see those giant houses that you remember from John Hughes movies.  They absolutely exist. Big tudor-style manses, tucked between blocks of really very nice apartment buildings and the public beaches of Lakeshore and Lake Michigan.

I was able to check into my room way before 3:00, dropped my bags and grabbed some breakfast.  Shortly afterward, I received a call from Jamie that her dad had somehow not put his suitcase in the Lyft and left it on the sidewalk.  This being the mean streets of Chicago, we assumed all was lost and moved on.  But an hour later Jamie called to see if I could, in fact, go back and get the suitcase.  It seemed that some soul found the bag and called Jamie's dad, and it was now in the vestibule of the building.

So, an hour round-trip Lyft ride and...

If you want to believe there's still good in this tired, angry world - sometimes people are all right and do good by one another, and I like to think that's more true than not.  It doesn't take much to not be a heel, but that's what we hear about too much and not how an act of kindness can improve someone's day and worldview.

So, check that luggage tag and call that number, even if it means I suddenly am in for an hour-long cycle back to where I just came from.

By the by, increasingly, I'm fascinated with Lyft drivers.  For some it's a minor side-hustle.  For others it's a career, and there's always a story.  And, boy howdy, do I talk.  And talk and talk and talk.  If I am well-caffeinated, I'm like the Popeye of filling awkward silences.  And somehow you always wind up in a fairly pleasant conversation with Lyft and cab drivers alike (although I admit, I tend to be exhausted and clam up in cabs as it's always at the end of a long day).

But do talk to your Lyft drivers, because it's a curious way to learn about other people and you actually get rated on how nice you are, so be nice.

That afternoon, Max of Plasticast and his wonderful wife, Sandy, came up to Evanston and we grabbed some food and drink and hit a local comic shop.  And pondered the Remake the Last Jedi people and what their deal is.

After that it was mostly sleep, then work.  And my ever familair view of whatever this is behind my hotel in Evanston. 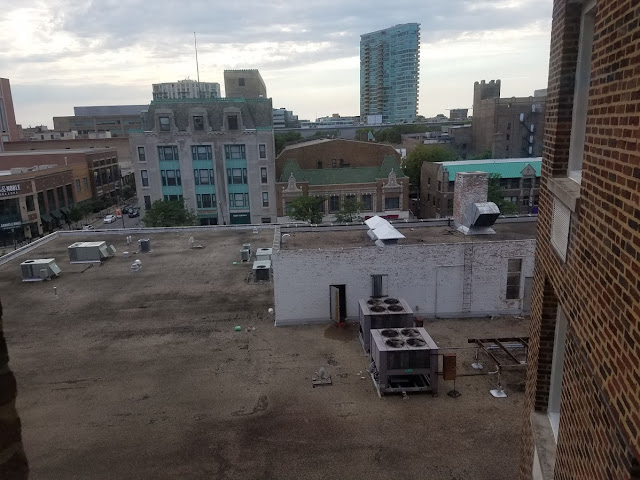 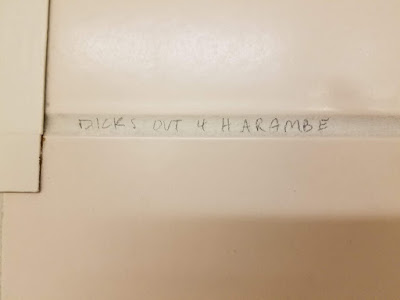 After a hard day of work on Monday, I walked around a small bit taking in the lake cooled air and enjoying being out in an urban-ish area with lots of people running around getting ice cream and whatnot.  I also took myself out for a nice dinner and a cocktail, because I'm not a goddamn savage. 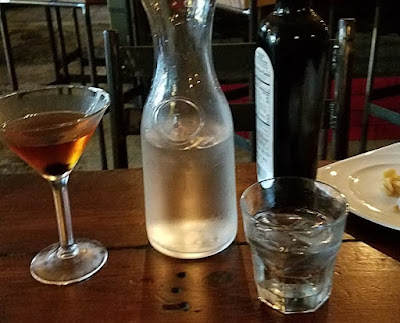 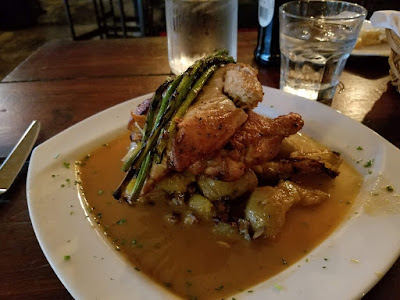 Tuesday I was at work, then back in a cab and to O'Hare where, surprise! my flight was delayed because my plane had a flat tire (we were cool with them fixing that).  And then home about 12:30 AM.

I forgot the book I intended to bring Max, but he did gift me something I am going to treasure forever:  Superman: The Movie on VHS

Thanks, Max and Sandy! 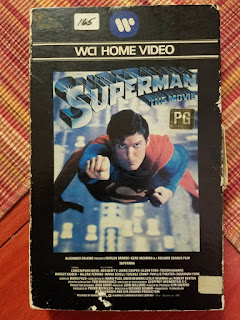 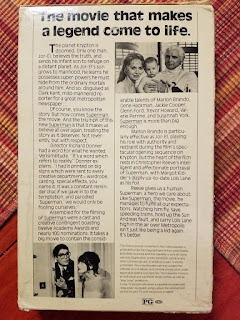 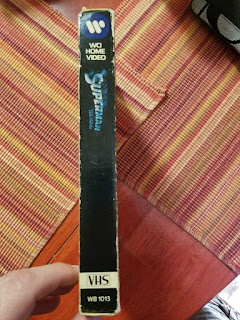 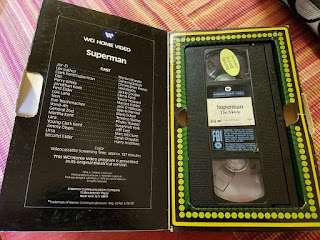 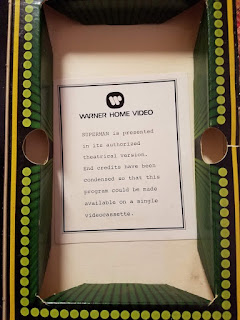