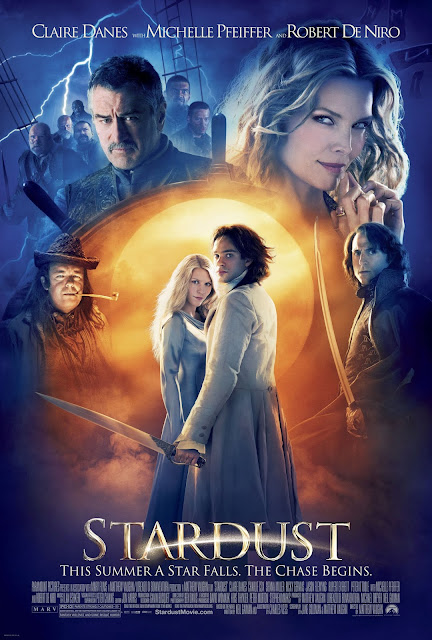 
With a convivial tone, even the threats never present much of a threat - helped along with absurdity and game performances including a starring turn by Michelle Pfeiffer (who I didn't even recall being in the movie from the advertising, which... Pfeiffer is a draw, studio execs) as our chief evil sorcerer.  There's a bit of a comedic highlight as she enlists a goat into her service as well as a young man who goes through more than anyone should have to.

Our protagonist is played by Charlie Cox, he of Daredevil fame,  who really nails the starry-eyed village-boy to worthy hero/ love interest much, much better than in most of these stories - both in performance and because the story doesn't establish him as a simp or idiot at the story's opening - just a kid who needs to widen his world and have experience beyond his tiny village.  Claire Danes manages what could be a thankless role as the pretty, supernatural character who has just fallen to Earth (and a walking MacGuffin), and makes the character likable and winning as she isn't so much naive as she is inexperienced, but an observer now engaging in humanity.

I don't wish to spoil the story of the 7 princes who are in battle for their father's (Peter O'Toole) throne.  Nor the tale of the lightning pirates led by Robert Deniro in an off-beat role (which has aged oddly in a short amount of time).  But I did find the story of Tristan's (Charlie Cox) mother a bit of fairy-tale perfection.

The movie does not have the same sense of humor or nuance as The Princess Bride, but I'll argue the two would pair well as fantasy romance films cast from two different molds but both putting you into a fun place you want to keep exploring and see more of, but feel the ending of both films tells a complete and satisfying story.

Anyhoo... not a *perfect* movie, whatever that may be, but I was very pleasantly surprised by near everything in the film.  And, of course, worth it just for Pfeiffer alone.  She's pretty great here. 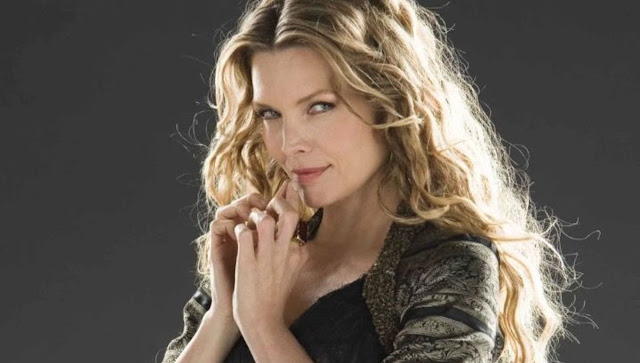