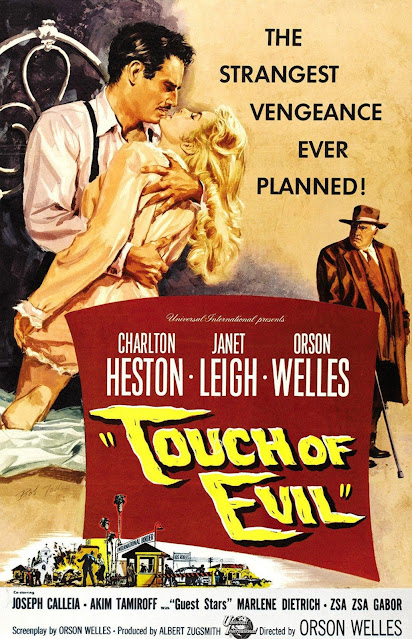 Such a goid flick. Great choice.

Special mention for this being referenced in "Ed Wood," when the titular character meets up with Wells who complains that he has to cast Heston as a Mexican.

Oh, yeah. I hadn't seen the movie yet when I saw Ed Wood, but I know it got a big response in the theater just on principle. When I saw the movie later I remember realizing "ohhhh... this is what they were talking about" by the end of the opening sequence. Now I want to rewatch Ed Wood.