...and the American Way! 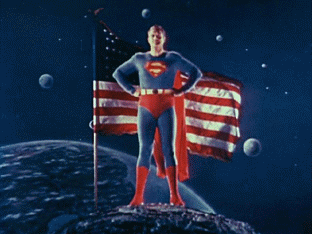 editor's note: I started gathering these images a while back, but our good friend Ransom beat me to the Independence Day Superman post. So, yeah, you're going to see some of these same images twice. That Ransom... sometimes he comes up with great ideas, too...

It will surprise many that I don't especially identify Superman with Mom, Baseball and Apple Pie. The comics and movies of Superman have long been intergalactic/ pan-dimensional in scope. So its hard to imagine a guy with an astronaut's view of Earth deciding borders mean a whole lot when push comes to shove.

But... Superman is often held up as a Red Blooded American. Heck, both George Reeves' and Christopher Reeve's portrayals of Superman made no bones about Truth, Justice and the American Way.

Superman, by the way, has a really great international fanbase. I'm always impressed how many folks from all over the world wind up on the Superman Homepage, on Superman facebook pages, etc... Perhaps Superman's global/ pan-galactic view of assisting all of humanity is a reflection of what a flag waving American can and should be. And, at the end of the day, when we're doing things right, its the best we can do when we do set foot on the soil of other lands. Heck, The Signal Watch's own KareBear is set for another trip to Kenya to help distribute glasses to our friends on the far side of Spaceship Earth. That sounds like something maybe we should consider being a good American.

So let's hope us Americans can be as awesome of an American as Superman. Or KareBear.

Now, let's have a look at Superman doing a bit of jingoistic flag waving. 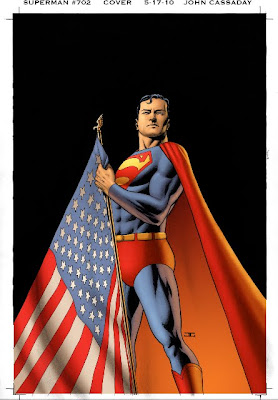 From the upcoming run on Superman 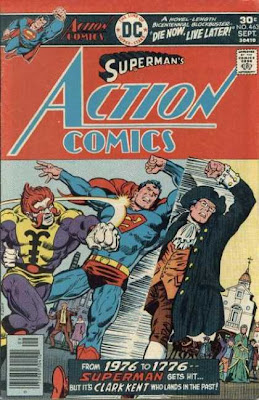 Seriously. This weird dude punched Superman so hard he wound up back in 1776. And it was awesome. 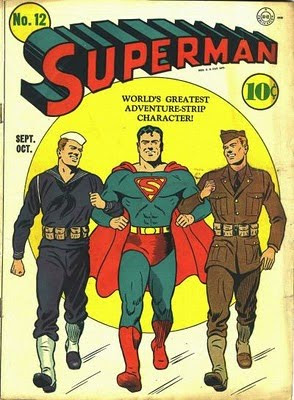 This looks like the start of the world's nuttiest musical. 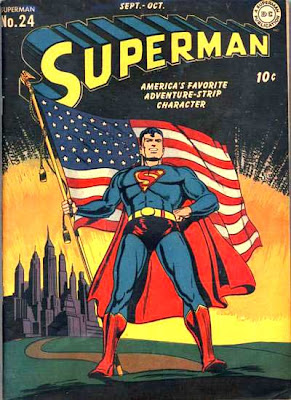 You likely don't look quite this awesome with a flag. 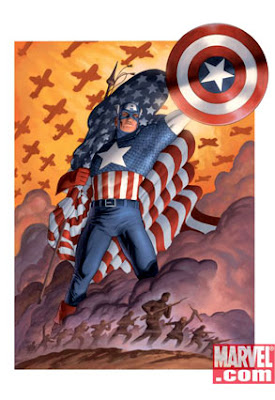 Well, Cap might look exactly that awesome with a flag. 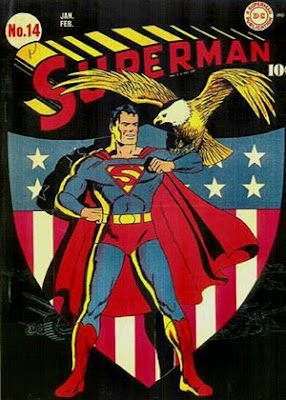 Even eagles want to hang out when Superman gets patriotic 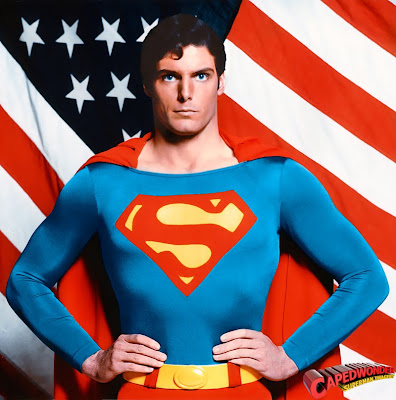 Truth, Justice... all that stuff. 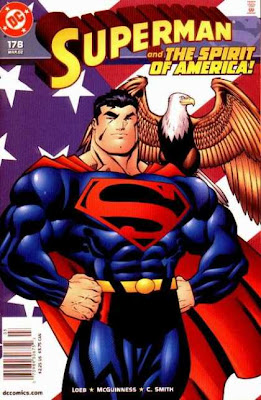 That eagle is back... 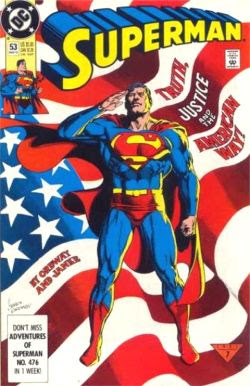 This is the first Superman comic I recall ever buying. 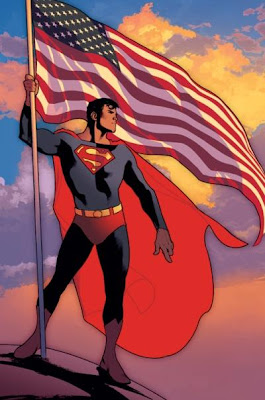 The Justice Society knows how to have a Fourth of July party... 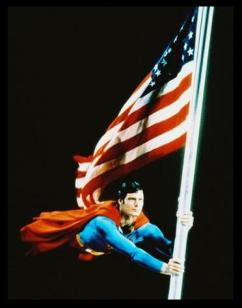 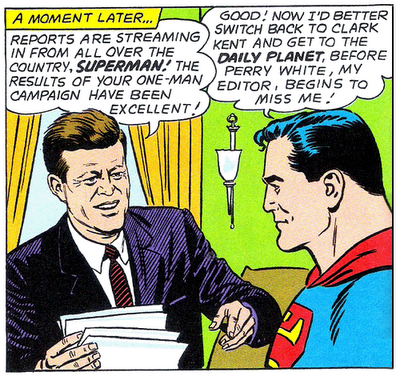 There was a time when it seemed perfectly reasonable that Superman would share his secret identity with the President.

Of course, Kennedy was hanging out with a lot of comic characters back in the day. 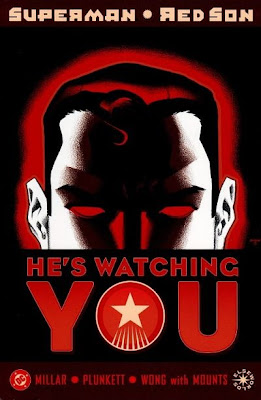