Anniversary of the Tower Shooting Part 2

Last night I posted on the Anniversary of the 1966 shootings that occurred at UT Austin.

Today I had no lunch plans, and so I got up from my desk and walked to the UT Tower, arriving just before 11:48 AM. The University of Texas doesn't do anything in particular to commemorate the day every year, and certainly not the time. When they do hold events, which does happen from time to time, I am uncertain if they hold them on the day and time of shootings.

So, walking up to the Tower, it was the usual mishmash you see in August. Tourists. Summer school students. Kids on campus for camp, a mixed bag of college aged people engaged in group activities you can't quite puzzle out.

The sky was clear today and the temperatures were in the high 90's.  Despite the lunch hour, not many folks walked the main plaza, an area most folks know is often hot and free of shade.  I'd venture that few were aware of the date. 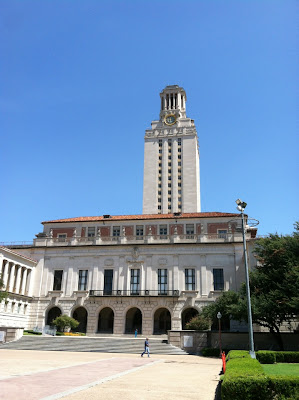 I snapped a picture of the flagpole from our earlier post. It's not quite as far from a door as I thought, but it's still a good 30 yards, and that's if you cleared the hedge. 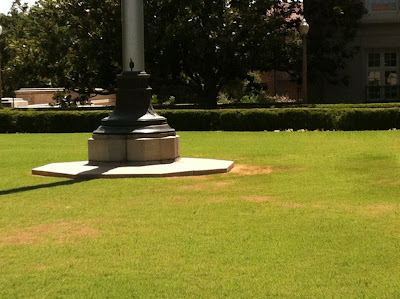 Oddly, UT tests their alarm system every month on the 1st at around 11:50 AM. It was a bit unnerving to stand there trying to have a moment with a police siren and recorded voice going off for a full five or ten minutes.

I headed back around behind the building to visit the Memorial Garden. I took a quick photo looking up from the North side, facing south. 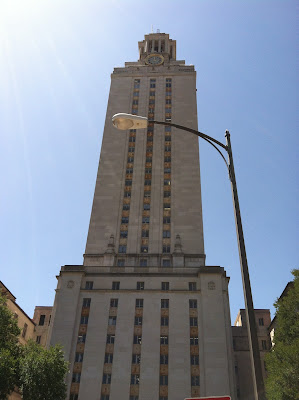 UT alumni will remember the Memorial Garden as The Turtle Pond.  The Pond was often a somewhat controversial fixture when I was a student as it was unclear to whom the pond belonged. 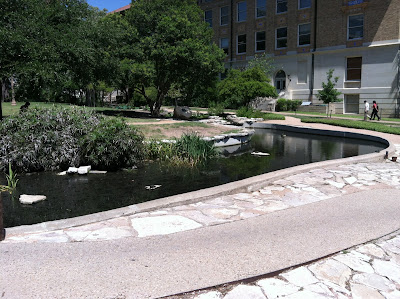 The administration took over the park area and transformed it into the Memorial Garden, adding a plaque and, it seems, a very safe place for turtles. 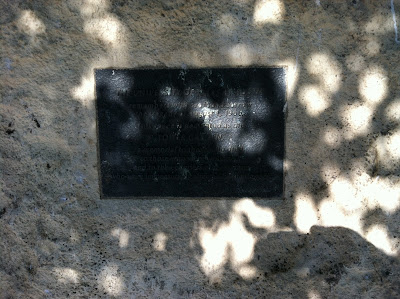 
The University of Texas at Austin remembers with profound sorrow the tragedy of August 1, 1966. This space is dedicated as the Tower Garden, a memorial to those who died, to those who were wounded, and to the countless other victims who were immeasurably affected by the tragedy.

You can see that turtles are, apparently, thriving in that little pool. It used to be a bit tough to see more than two or three of the reptiles when I was in school. 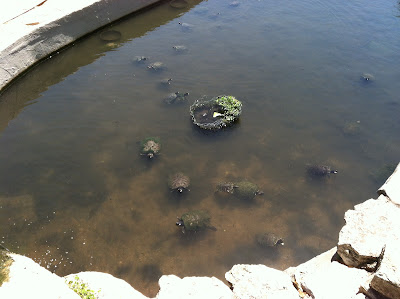 And, apparently, the turtles never get messed with.  This fellow let me walk right up to him and take a picture. 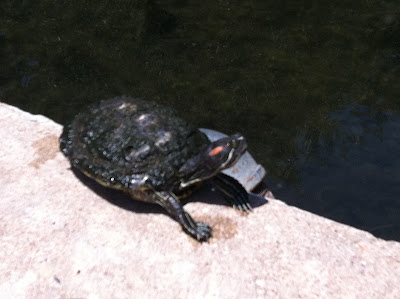 I did enter the building briefly.  This is the hall from the main hallway to the elevator leading up to the top of the building. 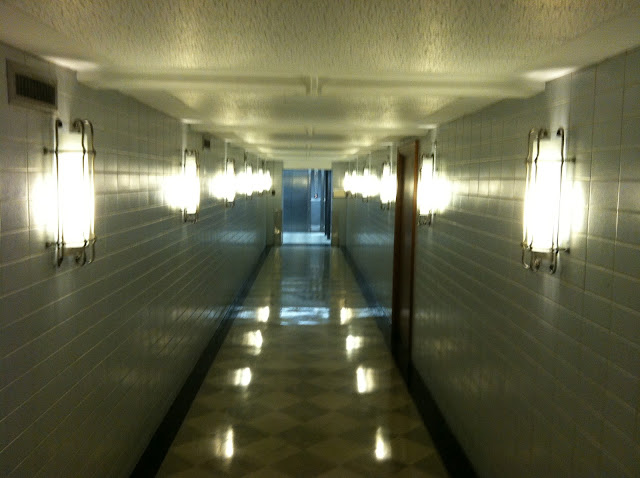