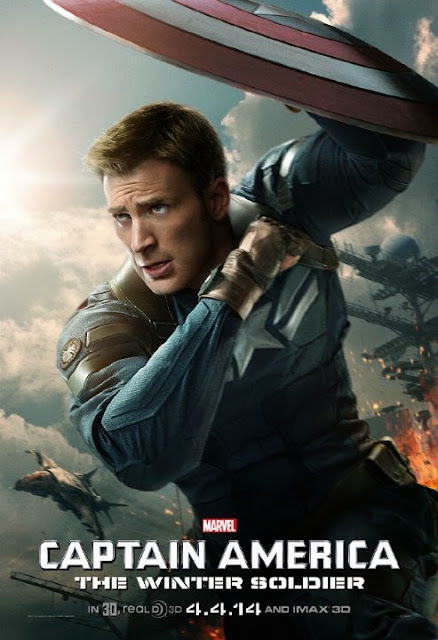 I'm way past the ability to discuss this movie from a critical standpoint.  Y'all know I'm a fan of the character and concept of Captain America, and with this movie, I felt like Marvel really finally got to the Steve Rogers I dig.  And, you know, people, all I want to see is the shockingly earnest Steve Rogers bounce his mighty shield off the cranium of a HYDRA agent.  And, here, I get that.

We're off to finally see Avengers: Age of Ultron, so Jamie threw this in the BluRay player this evening so we could review, I guess.  Whatever the reason, I am always up for this flick.  Goofy techno-thriller with 70's government paranoia that intentionally or otherwise has some curious parallels to the real world that, holy god, nobody ever seems to notice or talk about, Robert Redford out to remind everyone he gave up on handsomeness some time ago, Jenny Agutter showing up because, hey... who doesn't like Jenny Agutter?*


The Winter Soldier roughly does not follow a damn thing about the titular character or story from the comics, but as it's own thing here, it works just fine in the ultra-streamlined Marvel U of the movies.  And, of course, they changed up The Falcon a whole lot, but they did seem to set the Sam/ Steve relationship off on the right foot (and I was recently re-reading "The Madbomb" and was reminded of how Kirby just made that idea up and went with it, and here we are).

It's a nice, tight two-hour actioner with some great choreography and a story that isn't too silly for a superhero movie.   I mean, really, some terrfic set pieces from the Batroc fight to the elevator brawl to Fury's car-ambush and the freeway brawl where Cap and Black Widow do their stuff on the road and then on the lower deck.

You could do worse.

But I would not want to live in the DC area in the Marvel U.

And just to freak everyone out, here's the Falcon in his new duds on the set of Civil War. 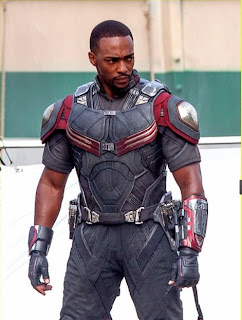