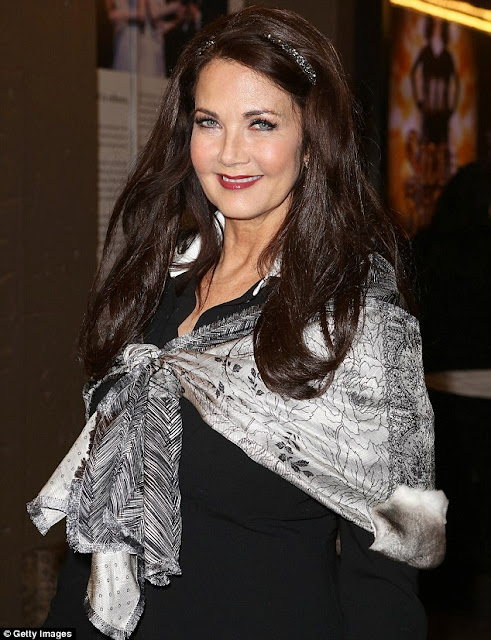 Not so long ago she decided to cover Desperado.

Here she is covering some Adele:


Lynda Carter had a music career as far back as the initial run of Wonder Woman, and got to perform in the episode Amazon Hot Wax.  And some variety-show type specials circa 1980.

Way back (a whole decade ago!) Ms. Carter was the subject of our inaugural installment of Dames In the Media The League Once Dug, a popular but ill-conceived feature that ran for quite a long time.  Upon reflection, I'm a little surprised how many of those DITMTLOD still come up on this site.  But at least you know I was sincere in my appreciation.

Recently, DC Entertainment seems to have become aware that Lynda Carter as Wonder Woman has both a large existing fanbase and that the take on the character could appeal to a whole new generation who maybe hadn't seen reruns of the show.  Let's just say Wonder Woman '77 may have been DC's best comic in 2015.  And the Phil Jimenez drawn alternate cover is currently worth a hell of a lot more than what I paid for it (but you'll have to take it from my cold, dead hands). 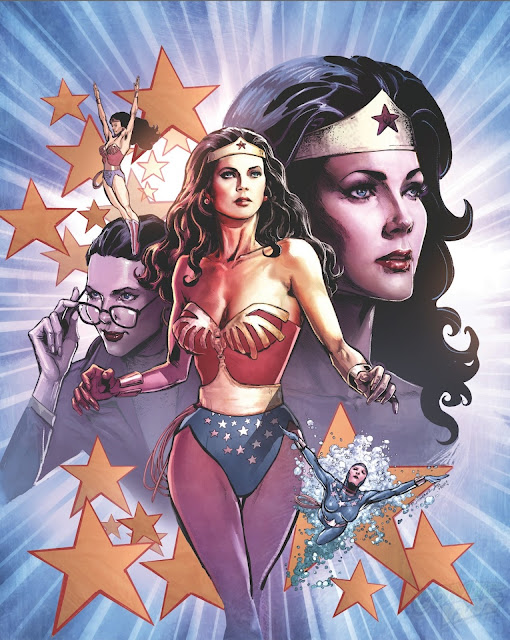 Because it's inevitable in a Lynda Carter appreciation post, please enjoy 10 minutes of Lynda Carter twirling:


Here's to Lynda Carter.  The original Dame in the Media The League Once Dug (and still does!).