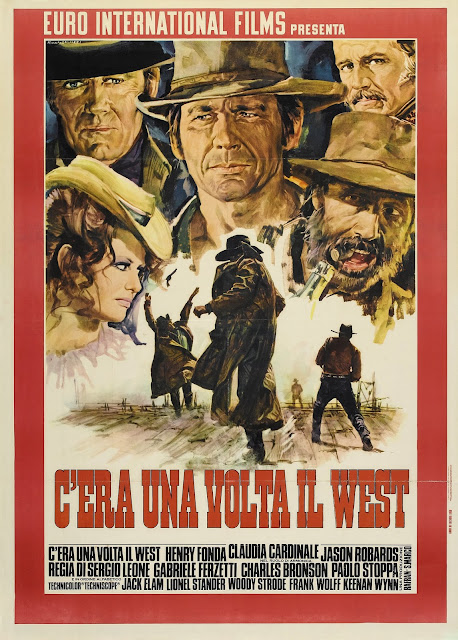 
The story follows five characters - the nameless harmonica player; Cheyenne, the rabble-rousing outlaw; Frank, the outlaw with a broader vision; Morton, the railroad baron; and, most importantly, Jill - the woman coming west to make a home with a man she'd met in New Orleans, only to find she's inherited his property before she's even arrived.

The plot hinges on the closing of the west, on railroads, towns coming up overnight, and the last of the outlaws out here on the frontier.  There's nothing small or particularly subtle about the movie, and you're watching it for the first time, just let it come together.  It will.  But don't expect an action movie - it's a movie about violence, what becomes of violent men, and what greater tools tehre are than the gun and willingness to kill.

It's a beautiful film, every shot perfectly selected, each frame memorable in a way movies so rarely manage but with Leone and cinematographer Tonino Delli Colli were able to perfect together, including their work in 1984's Once Upon a Time in America.  The wide open expanse of the west, the ramshackle business of a boomtown, and even (perhaps, especially) the gorgeousness of Claudia Cardinale, the one bit of human beauty in a sprawl of barren lifelessness. 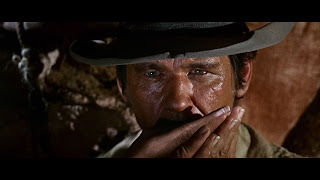 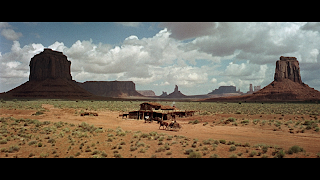 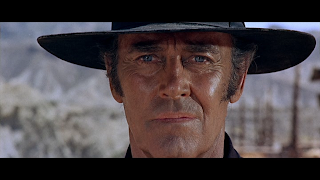 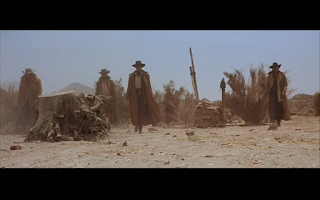 There's a bleakness to the movie that's undeniable.  I'm not sure Jamie will even watch this movie anymore.  But there's a strength, too, that's not in who shoots who and how awful men can be.  Jill, a newcomer to the wide open spaces, brings the toughest goddamn character I've ever seen in a movie.  And, while it hardly fits modern ideas of how such a character would or should be written, I think the character is all the more amazing for it.  This is a movie about survivors in a sunbleached world on the edge of nowhere.  With all the knowledge of how the character might have been handled by other writers, it makes me appreciate what the character does and says all the more.

Again, you can't escape the nigh-perfect Morricone score.  So, we conclude with Cheyenne's theme and a reminder that Jason Robards didn't always play avuncular grandpas.