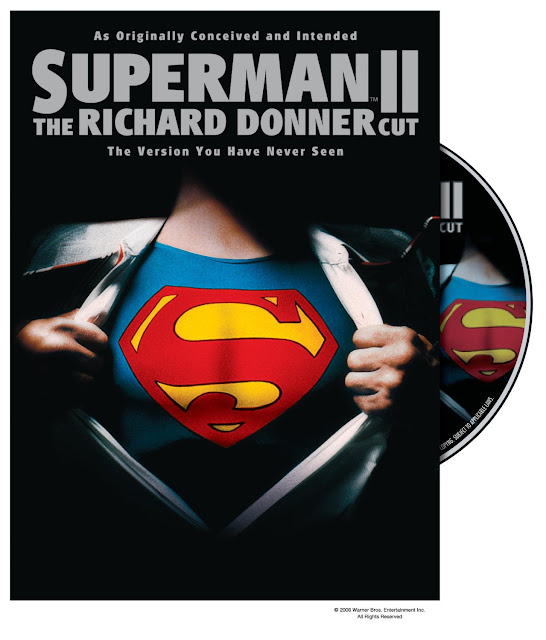 The Salkinds, the shady father-son duo who were the money behind the movies, were never terribly upfront about how much they had, what was going on with the money, etc... and at some point, the Salkinds realized they basically needed whatever profits would come from Superman 1 in order to complete Superman 2.  Thus, production halted on Superman 2, and Superman 1 got fast-tracked for completion.  During all this, director Richard Donner got crosswise with the Salkinds and got fired.  Everyone else was contractually obligated to keep showing up.

Richard Lester came to the picture, and he's actually nowhere near the goblin of a director suggested by both cast and crew loyal to Donner.  He's got notable credits to his name, but according to just about everyone involved, what was already an insanely long, tough shoot just got worse.  Lester and the Salkinds reshot a lot of stuff that had already been done by Richard Donner in order to satisfy the percentage of the film that needed to be directed by Lester in order for him to have sole credit for directing the movie.  It seems he added in a lot of jokes, tacked on a few scenes, and generally lightened up the thing a bit.  But the cast wasn't having it, including Gene Hackman who didn't come back to help out on the reshoots and is only seen from behind in many scenes of the theatrical release.  You can actually see Margot Kidder look fine and then tired, depending on which footage was used in a scene, such as the scene where the Phantom Zone villains invade the Daily Planet offices.  Her hair changes and she just looks a little ragged in some shots.

In the mid-2000's, with Superman Returns hitting theaters and then DVD, the lost footage from Donner's work surfaced.  Someone at WB decided it would be interesting to go ahead and let Richard Donner recut his recently re-discovered footage into a sort of "director's cut" of the movie.  I had seen it before on BluRay, but it had been a while, I guess before Man of Steel was released, certainly.

This cut of the movie showed at the Alamo Drafthouse on Sunday evening, and I headed down there with Jamie and SimonUK.  My feeling on the cuts is what I said to Simon afterward: "Well, it's not exactly like he had all the footage he wanted.  He did have to stop shooting on Superman 2, so he didn't have nearly everything to make a full movie.  And, it was the Richard Donner of 2005-2006 making the editorial decisions, not the Richard Donner of 1980".

What you do get out of the Donner cut of Superman 2 (2006) is a glimpse into a parallel universe where you have about an 80 - 85% chance of understanding what Donner might have done with significantly more control over the picture and been able to complete the movie.   But you also have to keep in mind that the ending of the film is the one originally intended, before they grabbed that ending and used it for Superman 1, which had no real ending as they were shooting.

I am making some excuses for the movie, but that's because I think it's nuts to think of it as a real cut of a movie.  It's an exercise, or even a novelty, but it's not a finished product that would have been polished and refined in the manner of Superman: The Movie.

What it does have are some great scenes cut out for really terrible reasons.  As you may recall, Marlon Brando added gravitas to Superman: The Movie by appearing as Jor-El, Superman's birth father.  Superman 2, released theatrically, did not feature projections of Brando, but of Susannah York as Lara, his mother.  To save a few million and not pay Brando for appearing in the movie as had been shot and was good to go, the Salkinds reshot the scenes and lost almost all of the emotional impact - which is really tremendous - of both Superman giving up his powers for Lois and when he asks for them back - a stunning scene, really.

If you remember Superman 2 from your childhood as a bad-ass action movie, you've probably forgotten how silly much of the movie is - as Richard Lester is pretty keen on broad comedy.  But so was Donner.  After all, in Superman 1, the first person to spot Superman is a pimp who shouts "Say, Jim!  That is a bad outfit!  Woo!" at the Ace of Action.  But you get the feeling Donner shot a lot more than that, using just the good bits and leaving a lot of it on the cutting room floor, whereas maybe Lester was more inclined to use more of it.  A lot of it was the comedy in movies of the time (see James Bond in Live and Let Die or Smokey and the Bandit).

There's also a lot better relationship building between Lois and Clark that feels more romantic and less cheesy, no Paris sequence, no Super-roofies kiss.  You can read more about it on Wikipedia, of course.

There are major problems with the end of the movie.  There's just no good closure on a movie that lacks enough footage to stitch together to make it cohesive.  And, while there's no dopey battle inside the Fortress of Solitude, there's also a rather abrupt conclusion and strange denoument that erases everything that just happened.

But, if I'm being honest, I really like the Donner cut as a movie that could have been, or should have been, something to help imagine what I think I see the outlines of in this cut, and make me believe we would have had a seamless successor to Superman: the Movie rather than the tonal change to the more pedestrian Superman 2 I'm used to, one that doesn't care about myth making, just telling a solid comedy action story.  And, one where Lois looks like she wants to be there.

What the movie does have is Superman struggling with his role as a savior to mankind, who - at the end of the day - would very much like to be more human, if that means staying with Lois.  There's a sense of sacrifice in this cut that eludes the Donner film where it's never really articulated why he can't be with Lois other than some arbitrary rule.  It's a movie with a Superman that can take on terrible odds and still feel like a hero and not a menace, and a reminder that maybe Superman doesn't have it all that easy despite his physical gifts.

Anyway, give it a whirl sometime.  I think you'll be surprised.

I actually found a lot *less* relationship building in the Donner Cut. Some of my favorite character moments before the secret identity revel were excised ("freshly squeezed," etc.) seemingly for no other reason than Donner didn't shoot those scenes. Which seemed kind of a dick move (no pun intended) and led to me calling it the "catty director's cut" for a while. I've since mellowed.

I have questions about the freshly squeezed bit as it does get a passing mention in the Donner cut, but only as Clark runs off to get Lois juice at Niagara Falls. Just the once. So I kind of wondered, while watching the cut this time if that wasn't always in the script (Leslie and David Newman's scripting would totally go down this path, but it could have been Lester), and the Dick Donner of 2006 just found it silly compared to the Dick Donner of 1978. The rest always felt to me since I was a kid to make sure we knew Lois was a modern woman of the city, which is not wrong at all, but I was always like "yeah, I get it. She also switches from sneakers to heels when she gets to the office." The scene from the test footage where Lois and Clark have it out before she goes for the reveal works better for me than the pink bedroom, or.. it's more in line with Superman: The Movie.

Like I said, I find it a sketch, not a completed work.

I think the deal was that I had built this thing up in my mind over the years to be the TRUE DEFINITIVE VERSION of Superman II, and it's just not. Having never recovered from that initial disappointment, I've never given it a second viewing. I did appreciate some of the new scenes and different takes. But honestly, I'd rather just watch that material as deleted scenes without the pretense of forming a complete and satisfying narrative (which it doesn't).

I was less disappointed than yourself, I guess. When the movie started and I saw what we got, I think I adjusted in the first 20-30 minutes, but I remember thinking "oh, yeah, this is kind of over-hyped". I think this was the 2nd or 3rd time I'd seen it, because I know I'd watched it before, so by now it's easier to deal with.