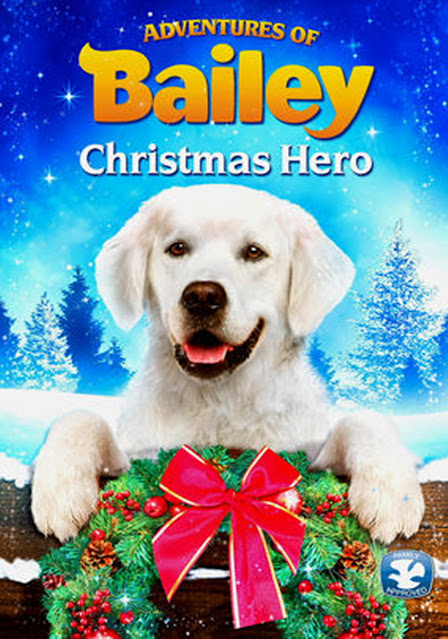 Watched:  12/17/2021
Format:  Amazon Watch Party
Viewing:  First
Decade:  2010's
Director:  Steve Franke
I have to ask Producer/ Director/ Writer/ Actor Steve Franke - what is this, Steve Franke?  Because our Amazon Watch Party is pretty convinced that this movie is somehow a tax write-off scam.
Look, I am second to none in adoring large, silly dogs.  And this movie has two white golden retrievers as stars of the movie, and they are pretty great.  It also has other dogs, a pack of alpacas or llamas (I don't know the difference), and in two insert shots, a fucking bear.
I guess this is a Christmas movie, but it's also a quest movie if your quest is two fluffy dogs just running hither and yon around fields in Texas.  Also, a separate quest for the scared kid looking for his dogs.  CHRISTMAS.
The story relies on everyone in the family of a young boy but the young boy being a total psychopath, and for people to go missing for great lengths of time and become of no concern.  Days before Christmas, the parents of Truman Baker (the kid) inform Truman and his teenaged sister and younger sister that they are going to Lake Tahoe for a few days - and they are leaving immediately.  The kids and dogs are going to their grandparents' place which is "in the country".
The kids are clearly fine with being abandoned at Christmas so their parents can go to bonetown without those distracting kids.  But after an incident where Bailey, Christmas Hero, the denser of the two dogs (these dogs are voiced by humans, but there's no fancy attempts at lip flap.  It's all done Babe-style.) goes bonkers at a visit with a mall-santa and destroys the set.  Santa places a curse upon Bailey telling him "no presents for you".
Bailey meets a bulldog voiced by a white guy doing his best (read: worst) impression of a Black guy from New Orleans.  It is... not OK.  Not doing racism seems like the easiest thing in the world for a Christmas dog movie in 2012, but.
Bailey and his "bro" Duke go off looking for a "Native American Santa" and immediately get lost.  Each of these dogs is hundreds if not thousands of dollars. You'd think someone would care just based on that, but there's something also distinctly "country" about the mentality that says "they're fine" when dogs disappear for days.*  Really, everyone but the one kid in the movie seems like an asshole, even if they're being nice for the moment.
And at some point, it sure seems like the teenage sister leaves her very young brother in the country in winter to give it a go and find the dogs on his own.   It is bananas.  I don't want to say watching the movie is stressful, but it is something to see a movie where the writers for a children's film were just like "but what if no one cared about the dogs, children, or anything but presents."
Dallas, Texas, ladies and gentlemen.  This is why even the rest of Texas hates you.
Oh, and Duke the dog seemingly almost dies from eating deer shit.  He says "berries", but berries do not grow in short grass in Texas.  It's deer shit.
I don't really know what the point of the film is.  It's kind of fun to see the area around DFW and Fredericksburg in a film.  I guess the idea is that kids are morons and will watch anything.  There's the weird belief system baked in that secretly everyone is really on the same page about anglo protestant culture and its really about unlocking how a different culture is secretly what we do in malls in Plano.  And, fair enough.  At the end of the day, I did learn there actually is a Native American tradition of a sort of Santa figure known as The Handsome Fellow.  I'm not sure which cultures actually have this tradition, but... it's a thing?
Anyhoo...  I am sure the guy they hired (this is one of his two imdb credits) went into this with the best of intentions and believing he could share something, but didn't anticipate the quasi-exploitative way he'd be portrayed or that this movie would, in fact, be terrible.
In some ways it's less grindingly cloying than the Air Buddies movies.  There's no B-Dawg to make you want to punch your head through a window.  But it's not good.  You'll want to punch your head through a window for completely different reasons.  Mostly because you will absolutely hate the family at the center of this movie and all they stand for: dipshit flavored jack-assery
Lastly - the title is "Adventures of Bailey:  Christmas Hero".  Hero is a pretty big word for a dog who:
I mean, Bailey seems like a self-serving idiot.
I genuinely would like to know how this movie was assembled, because I can't imagine there was a script that contained what's in the movie.  But it's also a film written, directed and produced by a very small team.  I kind of have to think:  y'all are telling on yourselves.
*this was a thing I learned separated us suburban kids from the country kids when I got to college.  The country kids all had stories about dogs (a) living outside full time and (b) dying badly or disappearing. And they always thought the suburban kids were nuts for being kind of horrified.
Posted by The League at 12/18/2021 12:12:00 PM