When we got home I turned on The Quiet Man on Turner Classic.   If you've not seen it, it's a 1952 John Ford classic starring John Wayne and Maureen O'Hara.  Wayne plays a former boxer, born in Ireland but reared in the States.  He returns to his small Irish village after things turn badly on him (and others) in the ring.  It's a stereotype-fest, but a warm-hearted one, and really an idyllic, sweet movie that, these days, usually only gets produced by the likes of The Hallmark Channel.

The gender dynamics of the movie are probably worth a thesis to someone, as tradition and propriety hold sway in ways that both empower and shackle everyone in the story, including the American who keeps running up against traditions that seem stifling.

The movie was featured in a very, very early Dames in the Media the League Once Dug post, which has been a routine staple here in a modified format.  But, yes, Maureen O'Hara in this movie.  Goodness.

Jamie pointed out "There's your TV girlfriend.  But you have so many."  It may be this whole enterprise is getting a tad annoying to Mrs. League.

Well, if you're wondering, the Daily Dose of Good Cheer columns were inspired by a conversation with Paul in which I was laughing about how, all these years on, I have no idea what drives traffic or hits.  We agreed that my sight did not have the glossy appeal of, say, the cover of Maxim.  So I wondered what would happen if I started posting pictures of ladies on a very routine basis.

I probably did it wrong by posting mostly vintage pictures, and I doubt it's added any new regulars here at Signal Watch, but we do get a fairly steady stream of click-throughs on those posts, with our run-away winner being Pam Grier at this time.  And, really, I can support that.  If you aren't willing to click-thru to look at a picture of Pam Grier and you claim to be into the ladies, you'd best get your pulse checked. 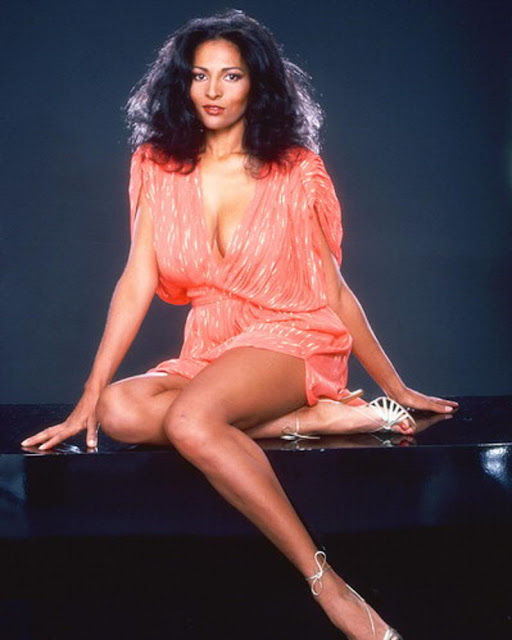 Anna and I watched Wreck It Ralph on the plane ride down to Florida. We both liked it but it had the 80's arcade nostalgia working for me. I really think they missed a big opportunity by not releasing a Sugar Rush game for iOS. Being able to build and race your own candy car seems like a great hook

I so assumed they had created a Fix-It-Felix Jr. game and a Sugar Rush game, I never bothered to search for them...

They have a free Fix-It-Felix Jr (free) and Wreck-It Ralph (paid) game but they could've done a much better job with it.