Man, I have no idea how I never saw this movie.  I remember renting it at least once back in the dark ages when you had to return a movie in 48 hours, and then sometimes you'd get home with it and some friend would be all like "Hey, we're gonna go to Slippy Village for a super rad time!" and by the time you recovered from that journey, all you had time to do was return the videotape.

Anyway - this movie was @#$%ing awesome.  I am not sure it would have been this much in my wheelhouse back in college, but these days, it's absolutely the kind of thing I totally dig.  Super taut thriller with a dude in way over his head, and starring actors I can take seriously?  Sign me up. 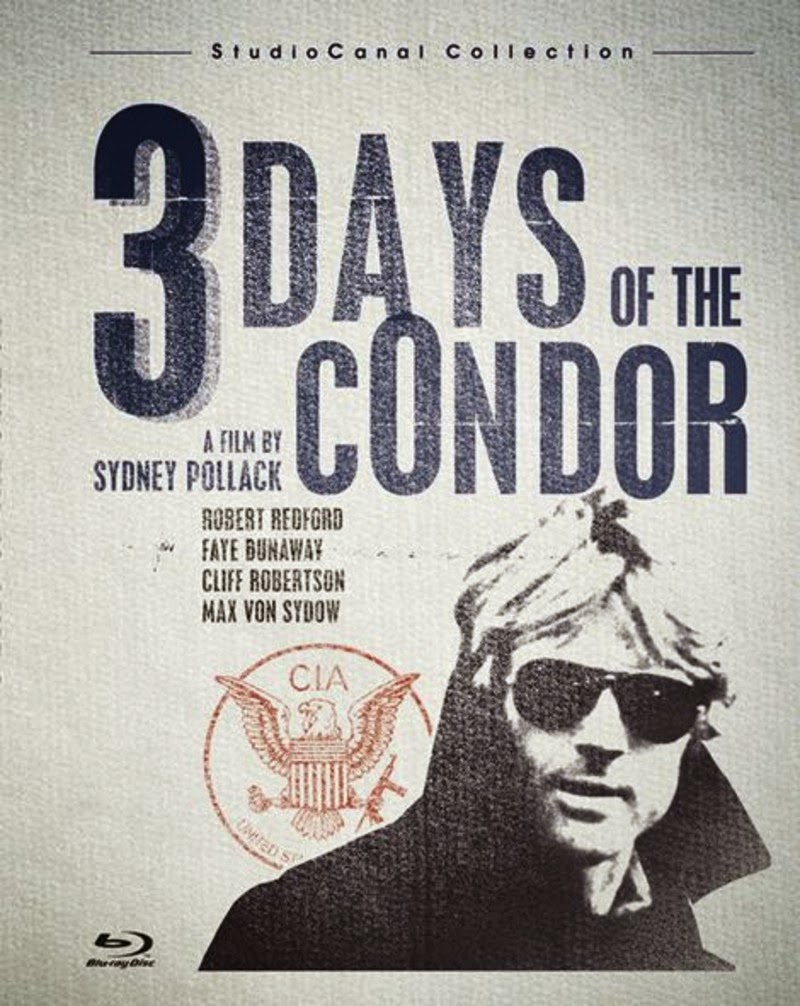 The film stars Redford, Dunaway, Van Sydow and Cliff Robertson and centers around a CIA civilian employee who has a job reading books from all over the world to see if they might be used to bury secret codes.  Redford goes to lunch and everything goes very bad very quickly.  And gets progressively worse from there.

I don't want to discuss the plot or what happens too much, because if you're like me and you've never seen this movie, then I want to recommend it.  It's a pretty rad quasi-espionage flick very much of it's time, but with a smart enough worldview that it feels absolutely relevant in today's paranoid culture of NSA data mining, silenced whistle blowers and the whole nine yards.   No doubt someone is rewriting this even now and planning to cast Channing Tatum and Blake Lively, but, you know, in a way that will appeal to kids 14 - 25.

Short post on this.  It's just a thumbs-up from me and me being disappointed in mid-90's me for not watching it from that time I rented it at United Video.