Season 3 of The Americans

The Americans returned for its third season Wednesday evening, and it prompted the following thoughts: 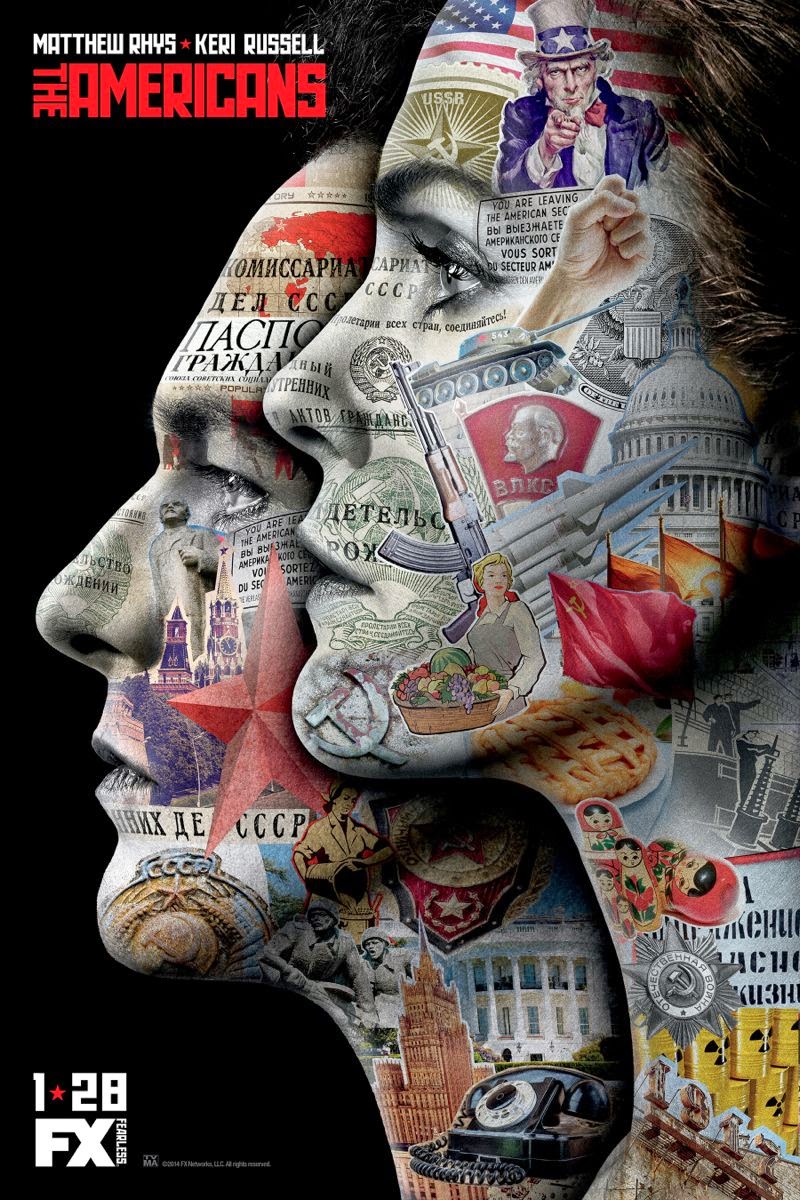 Last season I felt like the show did what a lot of shows do, and it started getting a little lazy and started making the characters act like TV characters instead of the well-defined characters of the first season.  And then, maybe the fifth episode in, the show totally course corrected or always knew what it was doing, and the season was fantastic.  They dumped the "spy mission of the week" formula for a long-game plot that had a hundred moving pieces but somehow wound up a really taught thriller.

This season picked up very close to where last season left off and started really tight, with the conflicts up front and no worries about the show falling into soap opera territory anywhere in sight.  I'm increasingly impressed with the show's focus and adherence to character, which is a gift of the new format of shortened seasons for TV programs (something I wished American TV would do when I stumbled across the format with BBC programming in the 90's.  22 episodes is a LOT of trying to keep the ships in a line).  Characters' issues may change slightly based on circumstance, but it never feels like the characters are acting in a way that's contradictory or occurring just so the plot can move forward.

After 2 seasons, they've managed to build an extraordinary cast, touch on some bits of history that don't get discussed a lot in mass media now that Time Magazine and similar publications are no longer required reading (or even published), and reflect the Cold War back at the audience in a way that would have been intolerable even in the 1990's with the fall of the Berlin Wall and Glasnost.

I am unsure of how many of you are watching the show, but it's become a favorite around our house.  As I think I discussed during Season 1, it's a bit odd to be put in the position where you're basically on the side of Russian sleeper agents and you're really pulling for them and hoping they can outwit the FBI.  Because, yeah, I don't really support the end of the American Way of Life.  But, darn it if this couple is sympathetic.

Email ThisBlogThis!Share to TwitterShare to FacebookShare to Pinterest
Labels: television, The Americans

I really, really want to watch this show. It isnot on Netflix. I'm not really wanting to sign up for another subscription TV service, but... any ideas on how to get it. Anyone on here own season one on DVD and feel like lending it out?

Just watched the season opener. With you on all of it. The best thing about the way it comments on today is that it doesn't comment. It just unfolds. There's never any sense of anyone winking at us from behind the camera. Such an underrated show.

Yeah. I have really high hopes for this season. The plot threads floated in this first hour certainly have me interested.

The show runner worked for the CIA during the Cold War.

I didn't know that. What I had heard is that they consult with the CIA, but not so much for accuracy, but more so they don't accidentally blow a 30 year old mission or give anything away, it seems.