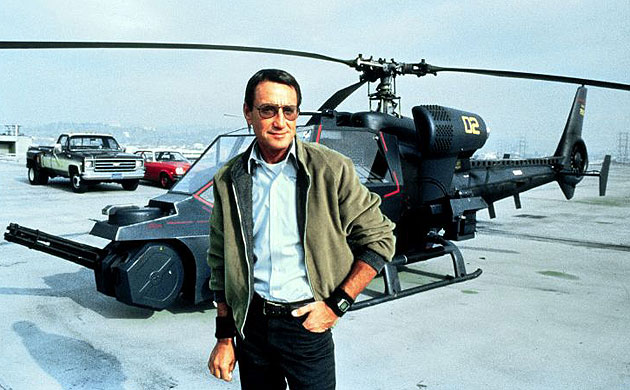 
Roy Scheider is a cop who flies a helicopter for the LAPD.  On night shift.  We're to understand that he's a renegade, rogue-ish type cop who, for reasons never made entirely clear, is "on the edge".  So much so that he has a digital watch with a timer built in.  Also, he's divorced?  Maybe.  He has an estranged wife, or love interest...  who...  You know, 15 year Glenlivet Scotch is a Speyside Scotch and is a completely different kind of whisky than your typical Islay, my usual selection when it comes to scotch whisky.  It has none of the "railroad ties and band-aids" taste that Islay fans look for, and, instead, is a smooth, creamier sort of whisky you could share with anyone without worrying about them deciding it's too pungent for their tastes.  I prefer scotch to Irish whisky, and really only turn to Canadian whisky if I'm making a Tom Collins, which is a great choice if you're looking for a drink while the sun is still up and you're pacing yourself.

The point is, for my birthday, my brother got me a great bottle of Glenlivet 15 year, and I hadn't gotten into it until last night.  There's plenty remaining, because (a) Christ, it's scotch.  You'd be dead if you finished a bottle, and (b) I'd like to share a bit with him sometime this football season.

So, then Daniel Stern and Roy Scheider are assigned to the Blue Thunder program for reasons that make no sense if they're on probation, and Malcolm McDowell, who is currently participating in one of the dumbest ad campaigns I've ever seen,  turns out to be a lead on the program but no one thinks not to include Roy Scheider.  It's weird.

Anyway, Blue Thunder has all sorts of neat gadgets for 1983, stuff you can buy at Toys 'R Us for under $50 in 2015, and they stumble across a plot to overthrow the LA municipal parking authority or something, and Daniel Stern gets run over by a car, and Roy Scheider flies a helicopter upside down before killing Malcolm McDowell (spoiler).

Hot tip:  when you're drinking your scotch neat (which, if you aren't...  let's talk), I recommend putting a few drops of water into the scotch.  Especially in a good Islay, it can release the flavor a bit.  If you're looking for a challenge, I suggest Laphroaig.  For a Highland, I recommend Glendronach 15 year Sherry Cask.  You don't need to be made out of money to get your hands on a bottle, but it's worth the extra cost over, say, your Teachers, and its an excellent sipping whisky that won't freak anyone out thanks to the sweet notes coming from the Sherry casks.

Blue Thunder was directed by John Badham, a really pretty terrific director who helped define a certain period of film making from Saturday Night Fever to Bird on a Wire, and who has solid work on his resume both before and since.   And I'm a fan of Roy Scheider, an actor I think was generally better than the material he appeared in.

Glad to see you enjoyed the scotch! Did they edit out the infrared sex scene on TV?

I believe they did. They also had some trouble with "JAFO".

The scotch was great! come enjoy a snifter on your day off.