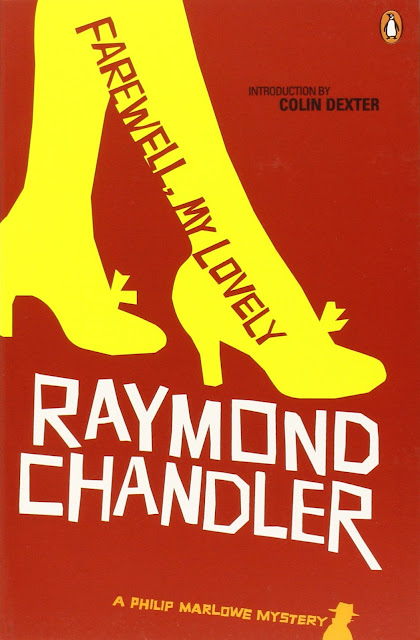 It's a pretty darn good mystery.  I certainly didn't see the answers coming until exactly when Chandler put his hand down at the end of the book and you have that "oh, of course!" moment that makes for a good detective story.  But that's not where Chandler hung his reputation.

Marlowe's world is as grimy and corrupt as anything in fiction I've read, where a square is a sucker, everyone drinks too much (as did the author), and meeting someone who is on the level is almost a transcendent experience.  Through it all, even when he's a heel, Marlowe is playing toward some greater good, at least towards the truth.  He's just willing to get his hands dirty doing it.  As driven as Parker might be about getting a job done, Marlowe is willing to die, it seems to just get the truth, the paycheck at the end of the mystery be damned.

And, of course, if Hammett is the master of punchy prose and rapid fire description (and Stark, the minimalist), then Chandler is the painterly writer, not just in his fantastic description and imagery, but in his character driven dialogue, everyone with a distinct voice and character, someone real in their way and immediately knowable, somehow.

Voiced by Ray Porter, the audio book was pretty great.  I don't know that he did a marvelous job with the young Ann Riordan, but every other character was given a breadth that went above and beyond the call of duty.  It was sort of a one-man show going on there.  And it looks like Mr. Porter voiced many more Chandler books, so that's good news.
Posted by The League at 9/03/2015 11:12:00 PM