Before Comics Were Cool - The Gen-X Recollection Project: David Rossi

I can't tell you how gratifying I'm finding this whole Gen-X Recollection project.  One of our first submissions was from a new friend from Denmark, and another from a person I'd only met once in the flesh, but that I spent plenty of time chatting with online (and Stuart is tops, people).  Then the flurry of submissions from friends from all across my lifespan.  I've been doing this blogging thing for a while, and this is one of the most fun things I've ever done here.

And now we have an entry from someone from the twitter-verse who I was kind of aware had a fascinating background, but hadn't put all the pieces together.

David Rossi is not someone I know in person, but he is a man who may have lived one of my lifelong dreams: working in a Star Trek Future.

Dave has had many roles when it comes to actually working on Star Trek.  But, I'll let him tell you about that himself, and how he got to that point.

Then, I'm going to ask him how many Captains chairs he's secretly sat in.

I’ve worked at Paramount Pictures for 25 years, 14 of those on the Star Trek franchise, starting as a Production Assistant and ending as an Associate Producer. I also served as Supervisor of Star Trek Projects for Executive Producer Rick Berman, who created the position for me when he realized all the Trek knowledge in my head was actually valuable! I also co-produced the Star Trek Original Series Remastered project.

I’m still an avid Star Trek fan, Sci-Fi fan, Comic book collector, tabletop game player (It’s all about the Heroclix!). I am loving what Jason Aaron, Tom King, Geoff Johns, and Greg Pak are doing with their titles, and I think it’s a magical time to be a fan of these inspiring characters and their stories.


Before Comics Were Cool.

My father was a WWII veteran, and not much of a dreamer, unlike his youngest of 5 children, me. I had discovered Star Trek when I was in my 6’s, which profoundly changed my life. No one “got it.” None of my siblings, not my mom, certainly not my father. In fact our interactions on the subject went something like this: I’d be prone on the carper, head propped up on palms watching Star Trek with rapt attention. My father would walk in and say, in his deep voice, “Who’s winning?” to which I would reply, proudly, “Captain Kirk always wins.” My father would then say something pithy like “Now that you know that, turn the baseball game on.” It was a little game we would play I guess. Whenever it happened, I would use that tiny opportunity to try and imprint on him that what was happening on the TV was important, to me anyway. And I never thought he understood. 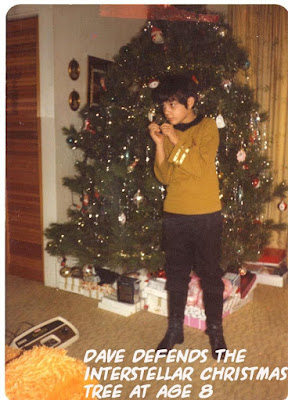 I would use my old Panasonic Cassette Recorder to tape Star Trek off the TV. I’d bring them with me on camping vacations, to the chagrin of my family who would have no choice but to listen. On one trip, on the way home, my brothers and sisters, in unison, perfectly relayed back to me, Captain Kirk’s exchange with Commodore Stone from “Courtmartial.” They were trying to make me feel silly, and I can remember thinking “If only you understood how cool this was!”

When I was 9 years old, I was very sick, and spent a lot of time at home, in bed. One day, my dad came home and handed me 3 comics. They were the best gifts I’d ever received from him. 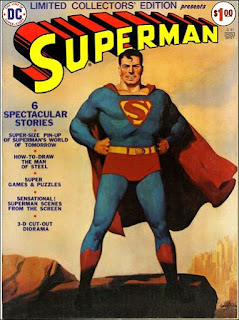 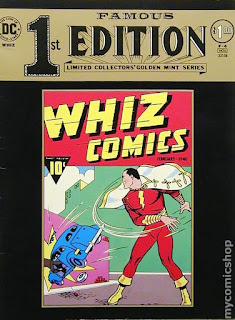 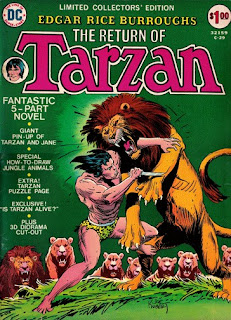 They also launched me into comics. The first comic I ever bought with my own money was Iron Man #99. That led to Captain America, Avengers, almost the entire Marvel line. Superman and the Justice League resided in Saturday morning Cartoons.

Then came high school. I was fortunate in that I was everyone’s friend. I had a good sense of humor that let me cross a lot of social lines, but that didn’t stop the Star Trek, Comic Book bullies from finding their mark. There was an upper classman named Mark Maraschiello (funny how you never forget), who would deliver home-room reports and took every opportunity to yell out in mine, “What’s up, Spock?!” which would always elicit a few snickers. Maybe he was trying to impress a girl or maybe he was just being a dick, but I remember it galvanizing me. When I went out on dates, I’d play cassettes of Star Trek or Superman soundtrack music. I talked about the stars. I talked about all of it. My friends all told me to stop because, well, I rarely got second dates, but I figured if they couldn’t understand that it was important to me, they weren’t worth the time. And that’s really the essence of all this. You don’t have to like what someone else likes, but you should always understand that what they’re passionate about IS important to them.

Through a series of seemingly random coincidences, I ended up working on the Star Trek TV and Film franchise for 15 years at Paramount Pictures. While I get that that’s not something that happens to everyone, everyone should know that it CAN happen. Keep your passions burning hot. Always.

When I eventually started dating my wife, I asked her, on our first date, “Who would win in fight: Superman or Thor?” We’re now happily married with 2 kids. Both are into science fiction and comic books, and I still collect them to this day.