Baseball Season Begins! For Some Reason I Now Care About This. 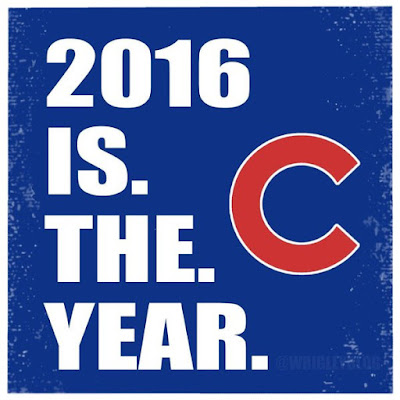 Monday (today) is the opening day of the 2016 season of Major League Baseball.  In many, many prior years, I have not noticed or cared.  But in the past few years, I have paid a lot more attention to baseball, and it hit a tipping point this year for some reason.  As I type this, it's the bottom of the 6th and the Cubs are up 5 to the Angels' 0.

I didn't grow up watching baseball.  It's still kind of new and novel to me, and I suspect it always will be.  My family was not a family that spent a lot of time watching sports on TV, and I don't think anyone in my house ever tuned into a baseball game.  We did go see the Houston Astros back in the 1980's, but I had no idea what I was looking at.

I was, however, a college and pro basketball guy, and I have a huge amount of fondness for the pro basketball players of the 80's and 90's, including the Lakers, the Pistons, a couple of Hawks players, some random guys like Ewing, and the 90's Rockets, absolutely.  But at some point, I've lost interest in most of the NBA except for The Spurs (and as long as Pop is coach, I'll always like the Spurs).

I never cared about college football much until I was in my last two years at UT.  I liked watching bowl games, but giving up a Saturday for football wasn't my thing.  But I kind of liked yelling at the TV when the Oilers were playing during the Warren Moon era, so that kept me somewhat invested in the NFL when the 49'ers lost a bit of their sizzle.  Something about college football clicked for me in the mid-90's, and by the time I graduated, I really did care.  And still do, at least about the mighty Texas Longhorns, but I don't give up all day on Saturday to game-after-game the way I did a few years ago (and I don't stay up watching ESPN until 12:30 AM to catch all the highlights).  But, you know, never say never.  It could happen again.  But these days I'm having a harder time watching the NFL than ever.  It's the head injuries and ridiculous stories that keep circulating the whole league.

And, sorry my Northern friends:  I watch hockey when (1) I go to a live game which has been maybe twice, or (2) the Olympics.  It's Texas.  We don't have ice, so there's not much hockey down this way.


I always wanted to like baseball, but as a kid working through ADD, that wasn't really in the cards.  The one or two Astros games we went to, I spent the whole time shelling peanuts and staring at the roof of the Astrodome.  But, man, baseball movies were good.  Field of Dreams.  Bad News Bears.  All that stuff.  I even liked Major League at the time.   But I never watched the damn sport.  Except for sometimes when it was on in the afternoon when I got home from school, Harry Caray calling the games on WGN.  For some reason I really liked watching sunny afternoons in Chicago.

Well, Jamie's dad is from Chicago's North Side, and he's a 74 year-old lifelong Cubs fan.  When Jamie's mom was still with us, she had joined in the insanity, and really early on in getting to know Judy, she walked me through a lot about baseball I didn't understand while we watched games and Jamie napped.  And, I guess I've been watching the Cubs for well over a decade now, off and on.   We've been to games in Houston, Phoenix and Chicago.  I was watching when Bartman did The Bartman.

I'll watch the Astros, too.  Or the Mets or Rangers, in a pinch.  I have a hard time keeping up with the rosters of all these teams, and early in the season I'm basically re-learning who is who.

This year I have a good feeling about what the Cubs have put together.  This could be super fun.  I even went ahead and got the MLB Network before Pre-Season (which is an amazing, deal, really, when you consider what it costs to send two people to a single game.)

I wasn't young enough when I started watching baseball to ever get the passion for it that you get when you're a kid.  It wasn't handed down to me by my dad (The Admiral isn't against baseball, but I'm hard pressed to say he cares about it one iota).  But I do enjoy it a bit, I do like reading articles online about the history of the sport.  But I'll never be one of you people that grew up bananas for the sport.  So, you know, bear with me.
Posted by The League at 4/04/2016 11:03:00 PM

The Cubbies were favorites to win it all this year, but losing Schwarber for the year is tough.

Yeah, I'm a little skeptical about making any calls with 3 games under their belt and 160 to go.

and, with their first loss, all feels in balance in the universe.