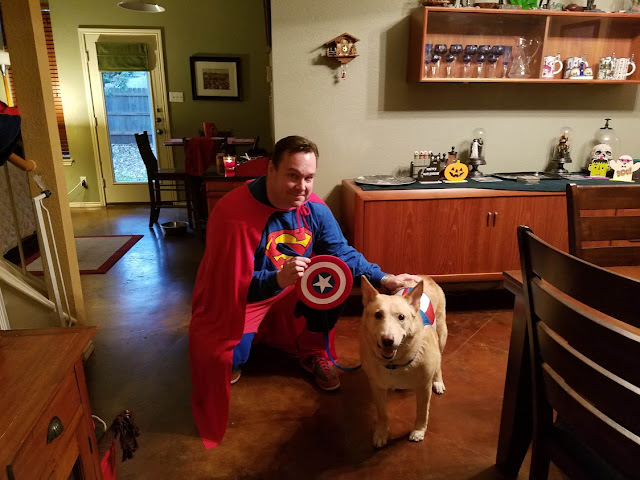 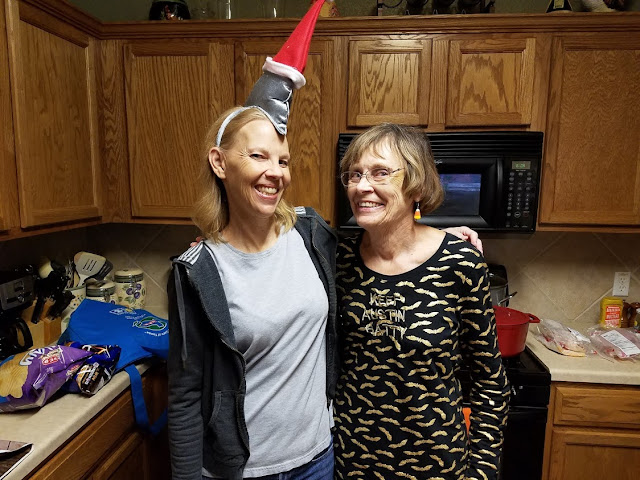 But, we had a spot of weather this evening, and that meant some craziness with wet trick or treaters, not the least of which was nephew Raylan.  But we wound up with quite a few as more and more families hit the streets as the weather slowly improved.


Lots of Hogwarts kids, my neighbor came out as a Hobbit, one Michael Jackson (Thriller era), a Dracula, a Jason Voorhees, a Supergirl, a Black Panther, a Harley Quinn, Eleven, some Disney Princesses, and a lot of stuff that I had no idea what it was.

In the meantime, one more go-round for Ye Olde Superman Costume. 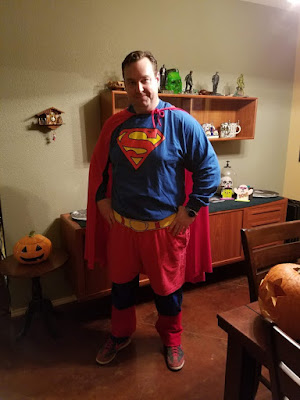 Thanks for hosting! We all had a blast!

Yeah! We had so much fun having the whole crew over and getting to watch you guys trick-or-treat. Now, on to Turkey Day!