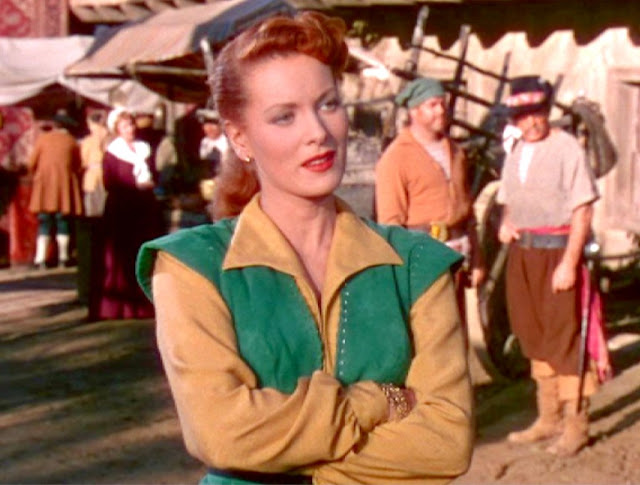 Ah, Maureen O'Hara in technicolor as a pirate captain.

A pirate captain with a certain flair and who knows how to work an emerald and/ or purple outfit. 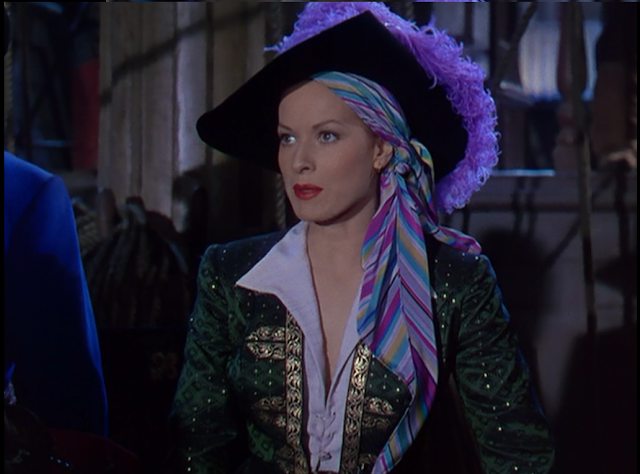 Oh, yeah.  Errol Flynn is a spy sent by the British Royal Navy posing as a deserter wanting to join the pirates.  Something something. 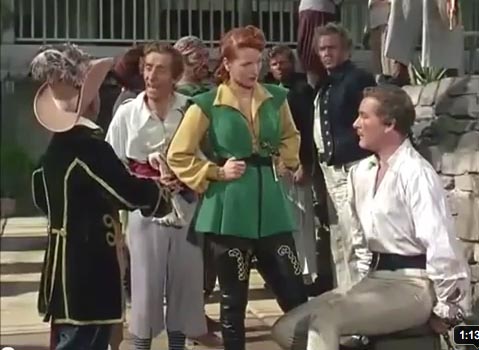 Fortunately one of our pirate captains is called "Spitfire" and just shot off a man's head for trying to get handsy.  I respect that. 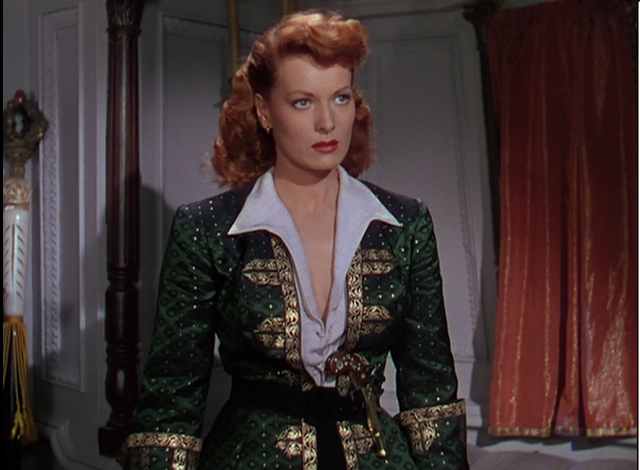 Get you a pirate who can do both 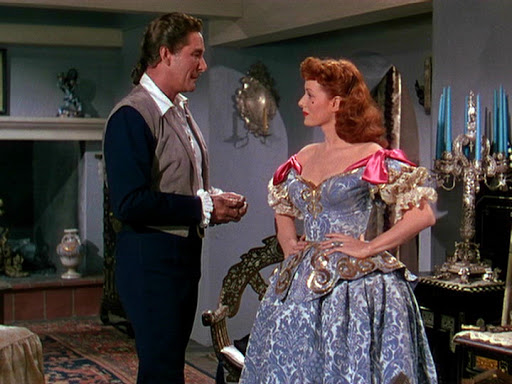 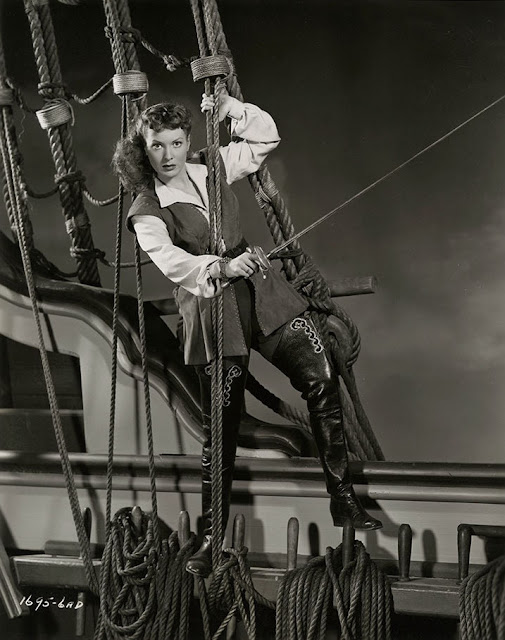