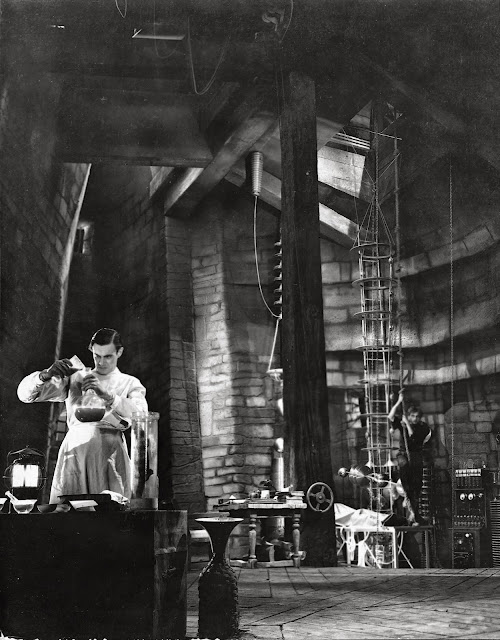 I'm going to be honest with y'all:  Frankenstein (1932) and Bride of Frankenstein (1935) are two of my favorite films of all time.  If you can, join us for both showings (schedule below) so you can get the complete package of the journey of Henry Frankenstein.
This movie has thrills, chills, laughs and some amazing sets.  And try to imagine what this looked like in 1932 to people who had probably not seen anything like it.
Day:  Friday, October 8
Time:  8:30 Central, 6:30 Pacific
Format:  Amazon Watch Party
Cost:  $4.00
FRIDAY: LINK HERE TO JOIN US
Our Schedule:
8:30 PM Central/ 6:30 Pacific for all shows!
October 1 -   Dracula (1931)
October  8 -  Frankenstein (1932)
October 15 - Bride of Frankenstein (1935)
October 22 - The Wolfman (1941)
October 29 - Creature from the Black Lagoon (1954)
Unrelated:  Horror podcast episodes!
The Universal Monsters Hallow-Scream Watch Party series is meant to be a casual good-time as we check out the run of horror movies that started with Dracula and have become staples of culture the world over!  Everyone knows what these monsters look and act like, but it's probable most people haven't ever actually seen the movies they're in!  So, come watch!
Starting just two years after the silent era, these movies quickly became the blockbusters of their day, bringing strange ideas most people hadn't considered, wild visuals, and complicated creatures to the screen.  And, ever since, studios have been looking to recapture this particular lightning in a bottle.
We think you'll enjoy watching along and checking out the creepfest that is Universal Horror!
Posted by The League at 10/08/2021 02:51:00 PM