Halloween sort of starts for me now in July as I start working on podcasts and actual Halloween night is pretty chill.  But we did 5 episodes of Podcast, five Watch Parties and I watched a bucket ton of Halloween/ horror stuff this year.

This year, we did NOT cancel Halloween.  Jamie and I bought 5 foot PVC pipes and were wildly popular with neighborhood kids with our "candy chutes".  We live on a hill and have an elevated front porch as the slant goes from back to front, so we we could stand up there and shoot candy into kids' buckets.  Worked like a charm.

No real theme this year.  This was not the year of a 1000 Iron Mans.  Some Harry Potters.  Some Jedi and Sith.  One kid I asked "are you a psychopathic killer?" and he said "yes" and showed me his mask, and I was like "great.  First tonight!  You get extra candy."  Some Frozens.  One dad with an amazing vampire get-up.  Ruffles and everything.  One family came as Donald, Daisy, Mickey and Minnie.  We also had a Roland Schitt, Alexis Rose and a baby David Rose.

The crowds were smaller than in some past years, but nothing to sneeze at.  I think people defaulting to "trunk or treat" is a bit of a dent, maybe some COVID.  Maybe that it's Sunday.  Or not.  But the kids didn't start super early this year, and then dwindled right at 8:00.

We called it a night a little early and put our candy in a bucket on the front stoop.  Teen-agers took care of it.  As one would wish.  We still have a lot left over, but I have faith Jamie will slowly take care of it or, in about five days, yell about how she's done and ask me if I want any (spoiler: I don't).  Then she'll throw it out or find a place for it. 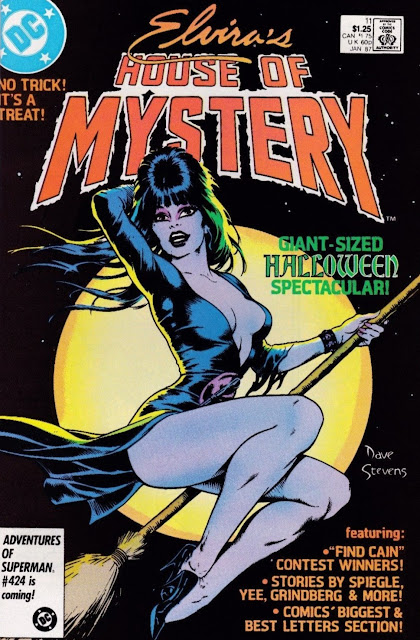 Speaking of Elvira - actress Cassandra Peterson released her memoir this month, and of what I've read thus far, it's really solid.  But I think I'm going to pause on it and use some audible credits to get the audiobook as read by Peterson.  I can hear her voice in my head, anyway, so might as well make it official. 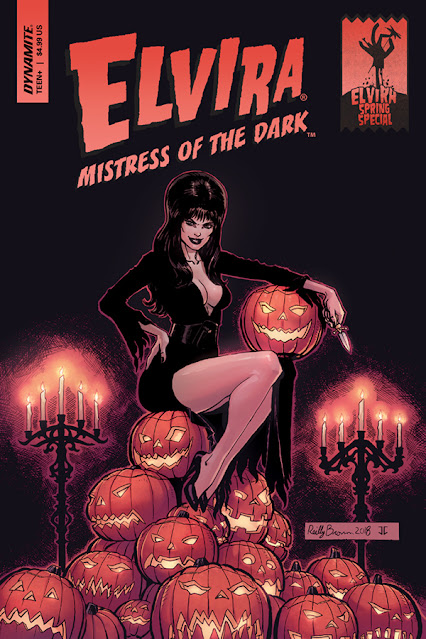 I also watched both of her star-turn feature films, her mini-series on Shudder and an episode or two of the Movie Macabre.  Tis the Season for Elvira.

And, of course, Peterson has been all over the media discussing her book, so I've watched and listened to a few interviews.  I hope she's figured out - people genuinely do like her and not just Elvira.  I hope she stays in the media as herself or as Elvira.  Whatever she feels like doing.

Anyway, I'm wrapping up my night with an Atlanta/ Houston World Series game (rooting for Astros.  I'm a former Houstonian and am fannish about a few of their players and certainly their manager).  Then I'll finish up a movie or two on the DVR.

I hope you had a great Halloween, and let's all brace for the rest of the year, because the Christmas season decided to start descending on us this week - so by Thanksgiving it will be madness.  But Elvira will be there for us then, as well.