As the writer of a personal blog site (such as it is), I think I'm legally obligated to state what it is I'm thankful for.

But why not talk about the stuff that I'm thankful for that isn't the "yes, let us all observe The League's good fortune"?  Let's be thankful for some of the other things.

1)  The casting director for Mad Men.  For s/he has given us the female cast of Mad Men. 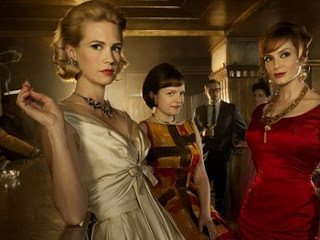 2)  The 2011 UT Longhorn Football Season
The fact that there is always next year means there is always hope for a better season.  (I keep telling people "they're just resting up for next year")


3)  Superman Stuff
In some ways, I'm as surprised as you guys are that Superman and Superman-related media, history, etc... has continued to be of such interest to me.  And its been an interesting year to be a Superman fan.  Not necessarily a great year, but an interesting year.


4)  Audiobooks
As adulthood and, well, the internet happened, I fell off reading as much as I did at one point in my life.  But thanks to the power of iTunes, a mid-range commute and a job that requires lots of driving, I'm now cranking through a decent number of books once again.

5)  Too Much Time at the Movies
I am glad I live in a town where there's so much offered at the theater, at the Alamo, a few film festivals, the Paramount summer series and so much more.  This summer I lived downtown at the theater, and I appreciate Jamie's patience when I announce things like "I'm gonna not come home.  'Captain Blood' is playing.".

6)  HBO OnDemand
Having HBO OnDemand when I'm working out is one of the greatest inventions since bread met the slicer.  I'm sort of ADD, and I don't know how people do it who just listen to whatever's on their iPod.  I go with Eastbound and Down.

7)  Coffee/ Caffeine
I don't talk about it much (compared to some), but my blood is generally .08 coffee bean.  I heart you, coffee.  You make mornings work.  And afternoons around 2:45.  And all other hours of the day.

8)  The internet knows everything
Our younger readers won't remember life before the internet made it possible to answer any trivia question within three minutes, but I heart the fact that not only is the technology there, but that people keep putting something resembling facts online.  You kids today don't even know...

9) Kanye West, his Twitter Account, and whatever it is Kanye is up to today
He's been tweeting a bit less lately, but there are few things as amazing as the stream of consciousness that has been Kanye's Twitter account.  http://twitter.com/#!/kanyewest
And then the video for his latest song came out, and, well...  I'm still thankful for all that.
Here you go.  Kill 35 or so minutes.

I guess that's dames on there twice, technically, but I think that's just emphasizing the point.  Plus, you know, I come home to a pretty great dame everyday, and you can't beat that.


So, not exactly the same as being glad you didn't die of the pox during your first year on a continent you believe is home to the embodiment of the devil just beyond the treeline, but I can be grateful for the little things, I think.