This was a briefer day to report.  Jamie is on dialysis, which always wreaks havoc with our travel plans.  It was mid-day on Tuesday, so we planned for an early morning submarine ride.  Like you do.

The Atlantis IX is a good ship.

We took a transport boat out to the submarine, which was a legit submarine, driving under it's own power and everything.  Apparently, you can own one of these things. 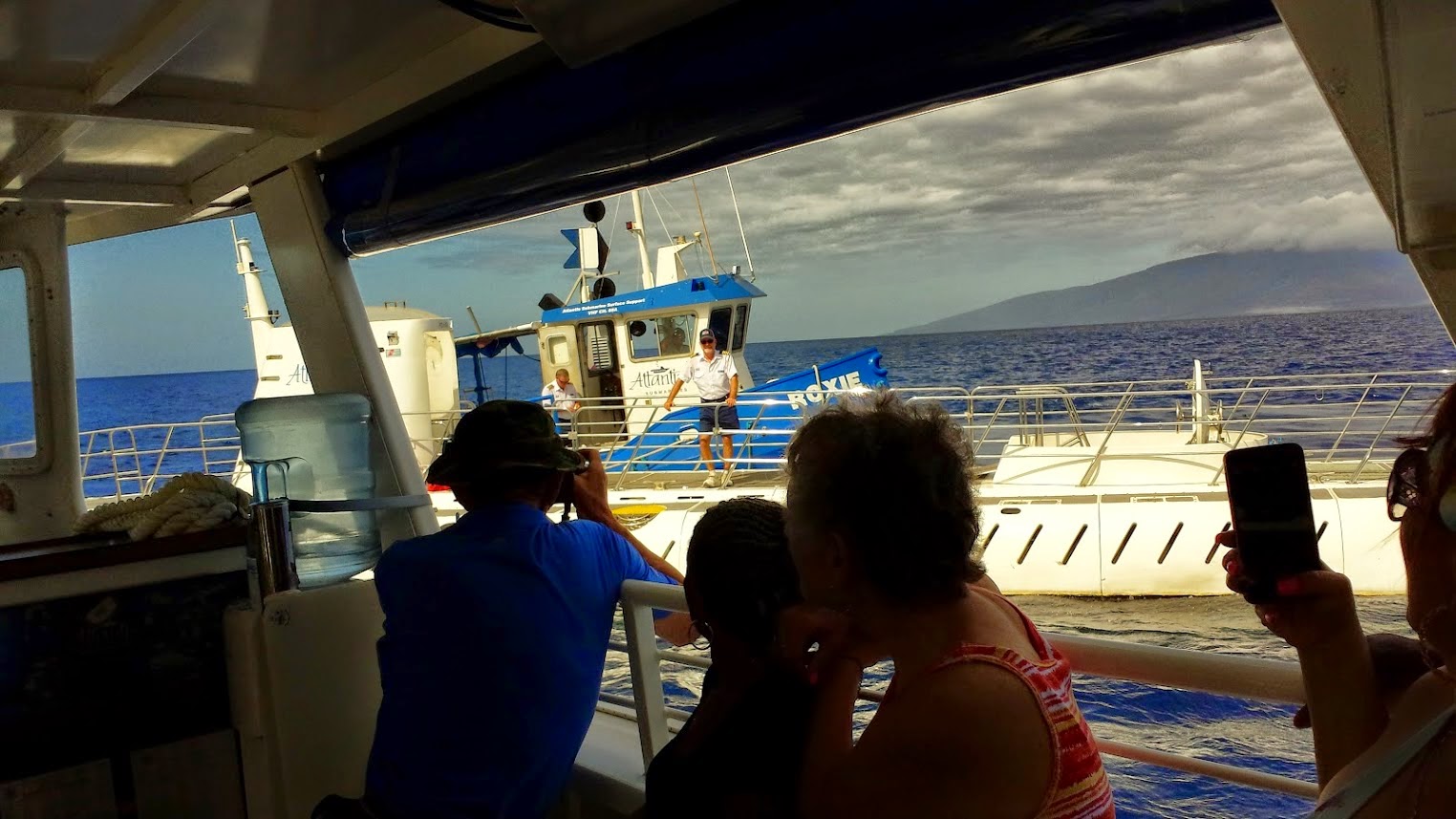 It's not unlike the interior of The Nautilus at Disneyland, only there are fewer rubber squids outside the window.  But, yeah, bench seating and portholes.  Why mess with success? 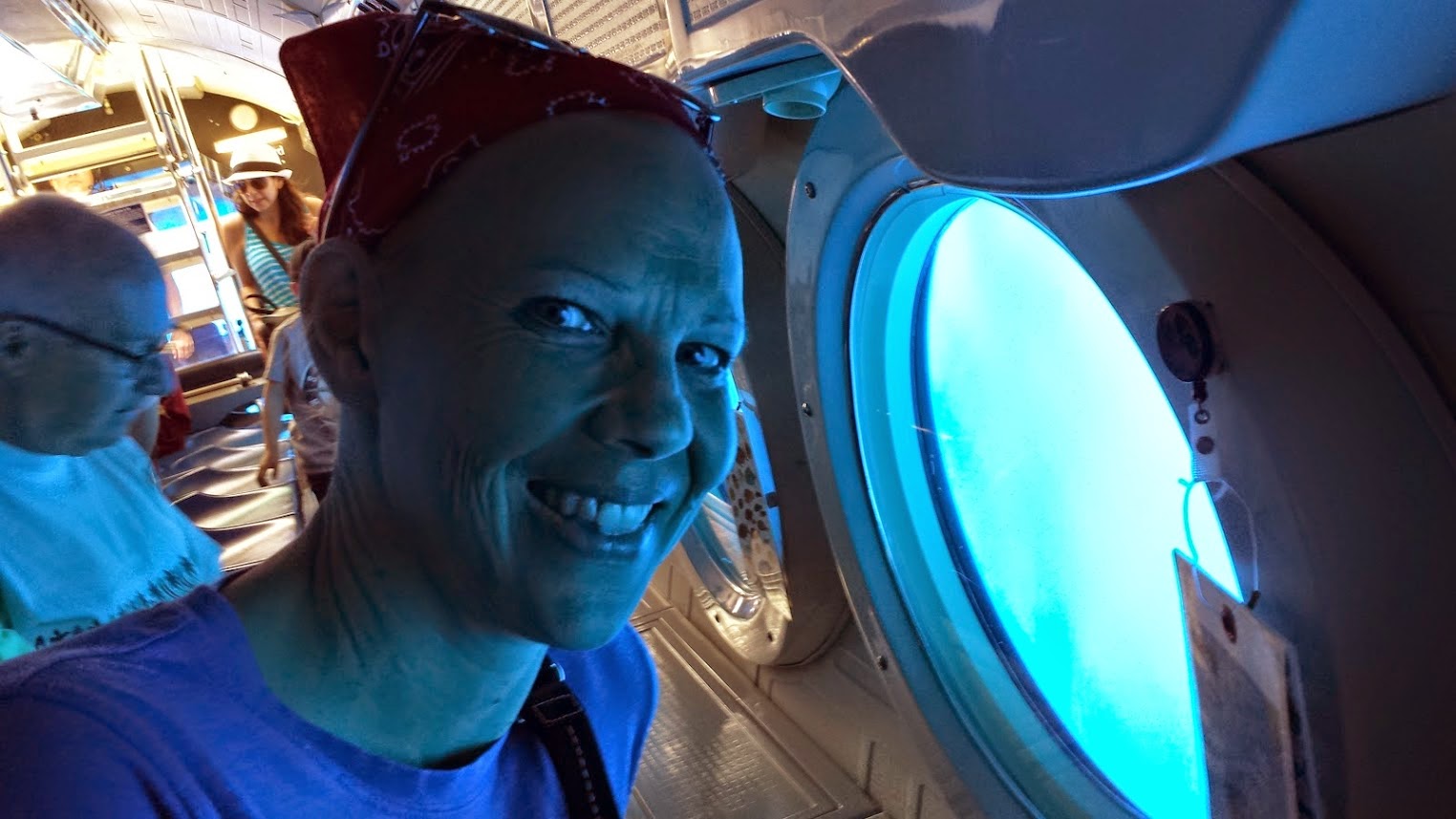 I won't bore you guys with all my fish pictures, but I took a lot of them, and some video.  I was a kid of the Jacque Cousteau generation.  I just kind of believe in fish and underwater exploration.  But I am landlocked in Austin, TX, so...  yeah.

I was sort of expecting a half-baked operation where I'd be a little worried for our safety, but not so.  The whole experience was top-notch.  And I overheard one of the crew telling a fellow passenger they were mostly ex-military guys, which makes sense, I suppose.  Retire out and just stay in Hawaii driving a submarine is a pretty sweet gig.  But it also means you don't mess around where it counts.  Like, you know, sealing the submarine.

Our narrator for the trip was pretty hilarious and had sound effects at the ready, which, to me, everyone should have in their job.  It's the mark of a true professional.

Leaving the sub, I got off a few decent pics of Maui.  You can see how the rain falls up high, but not so much down low.  Mother Nature is a mad scientist. 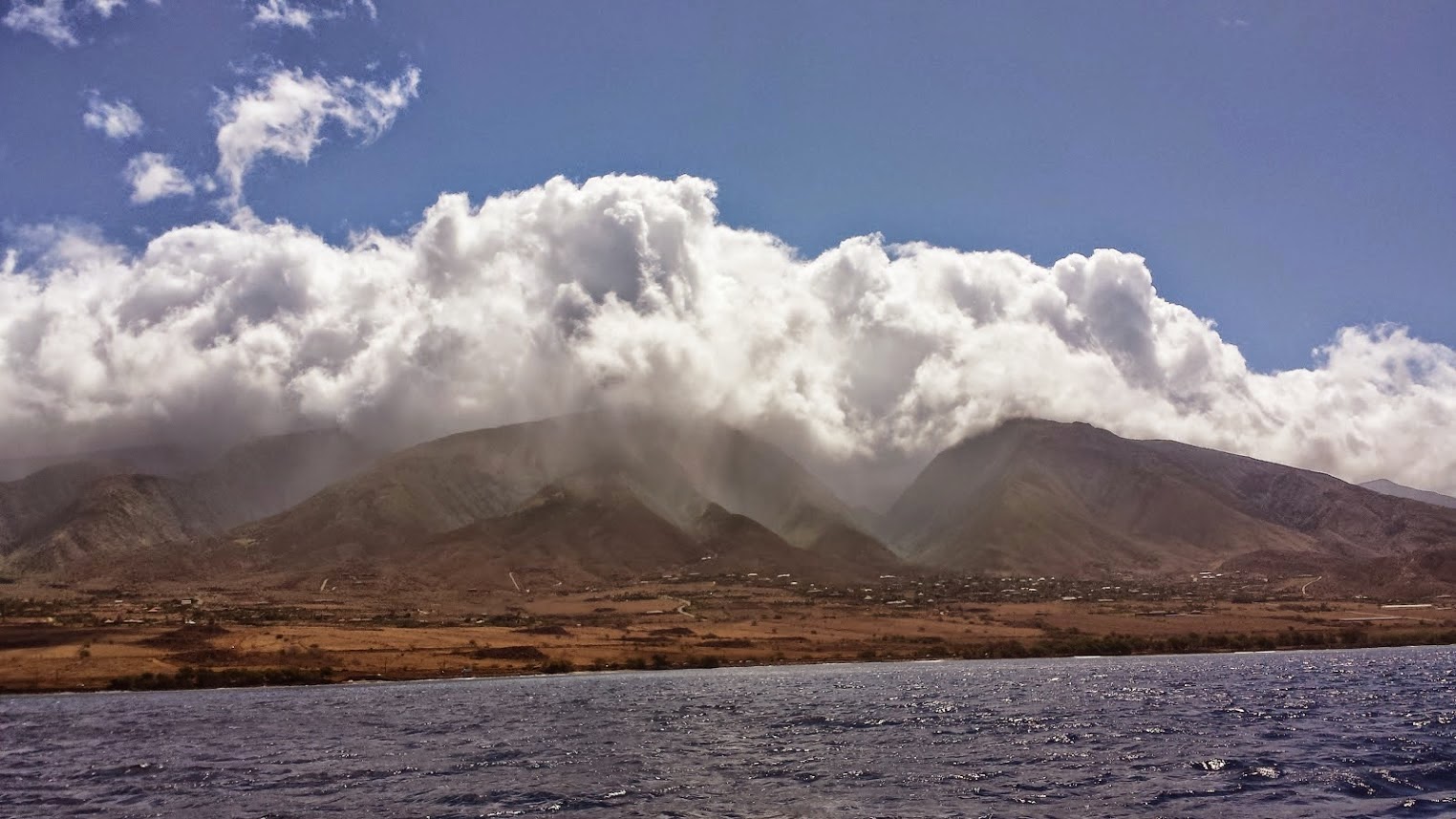 Jamie rides in a boat. 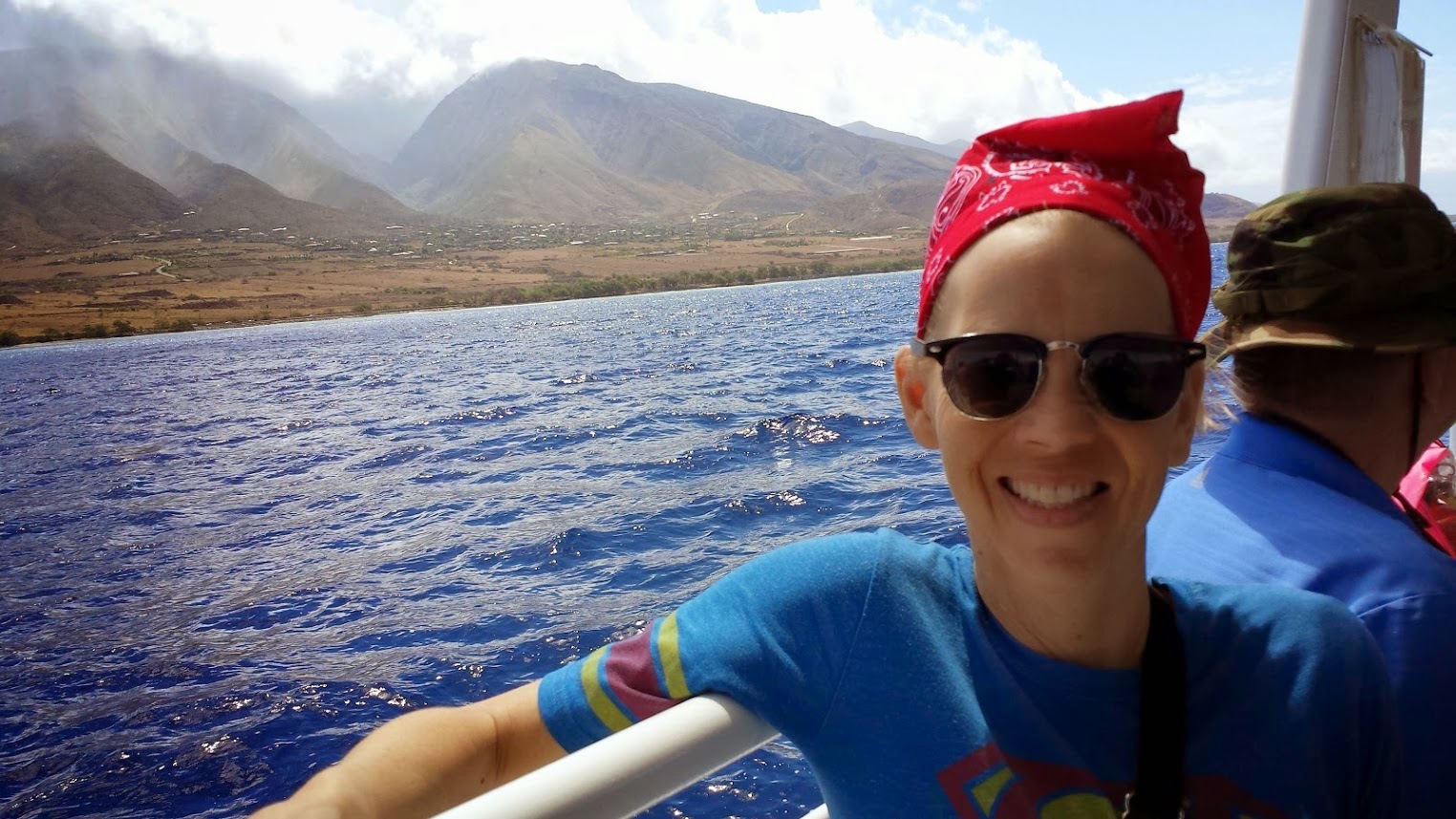 Rolling down the mountain. 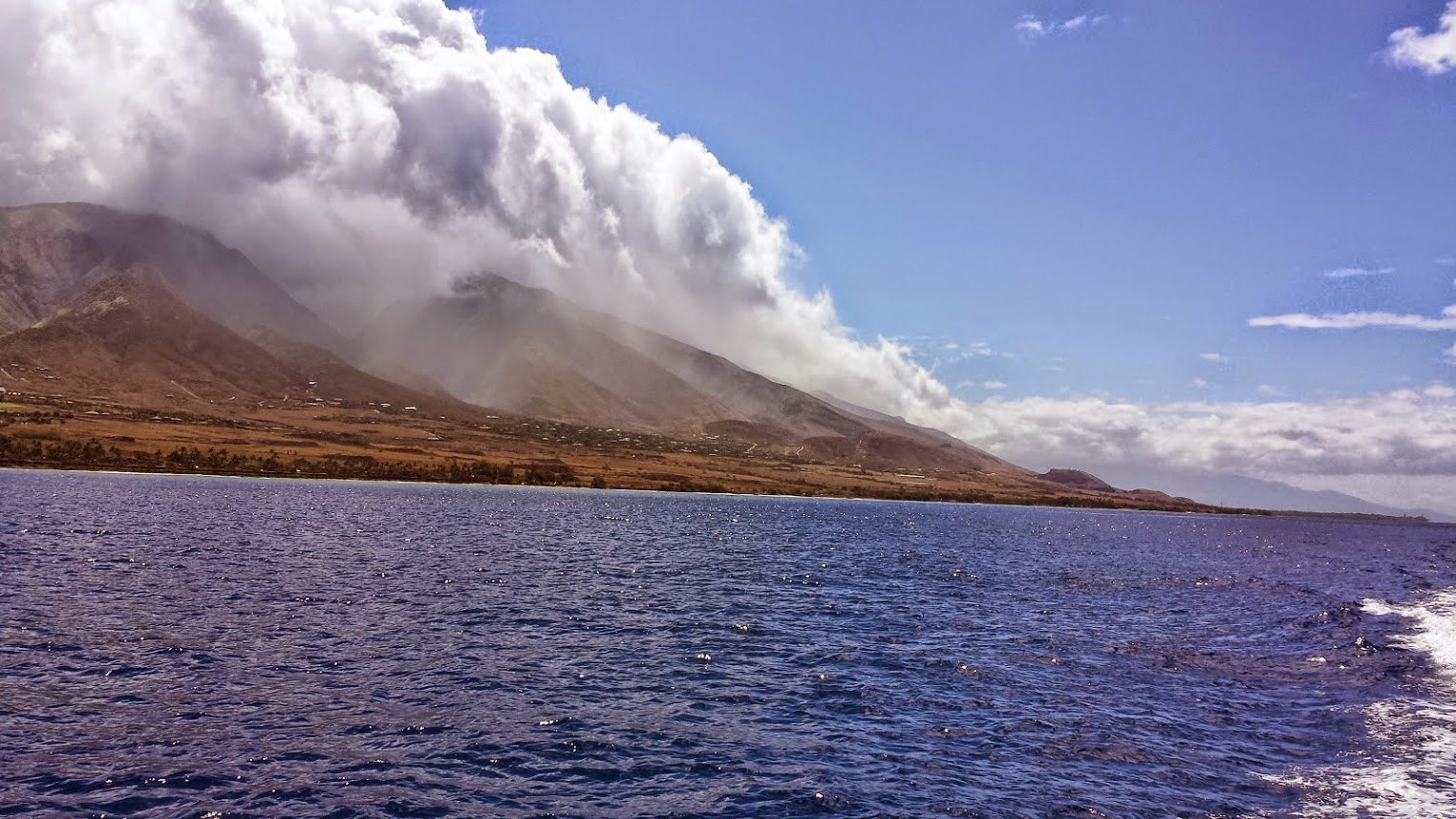 In Lahaina we grabbed iced coffees before hauling Jamie off to dialysis.  You can't see it here, but I got something with "Gorilla" in the title.  It was banana flavored. 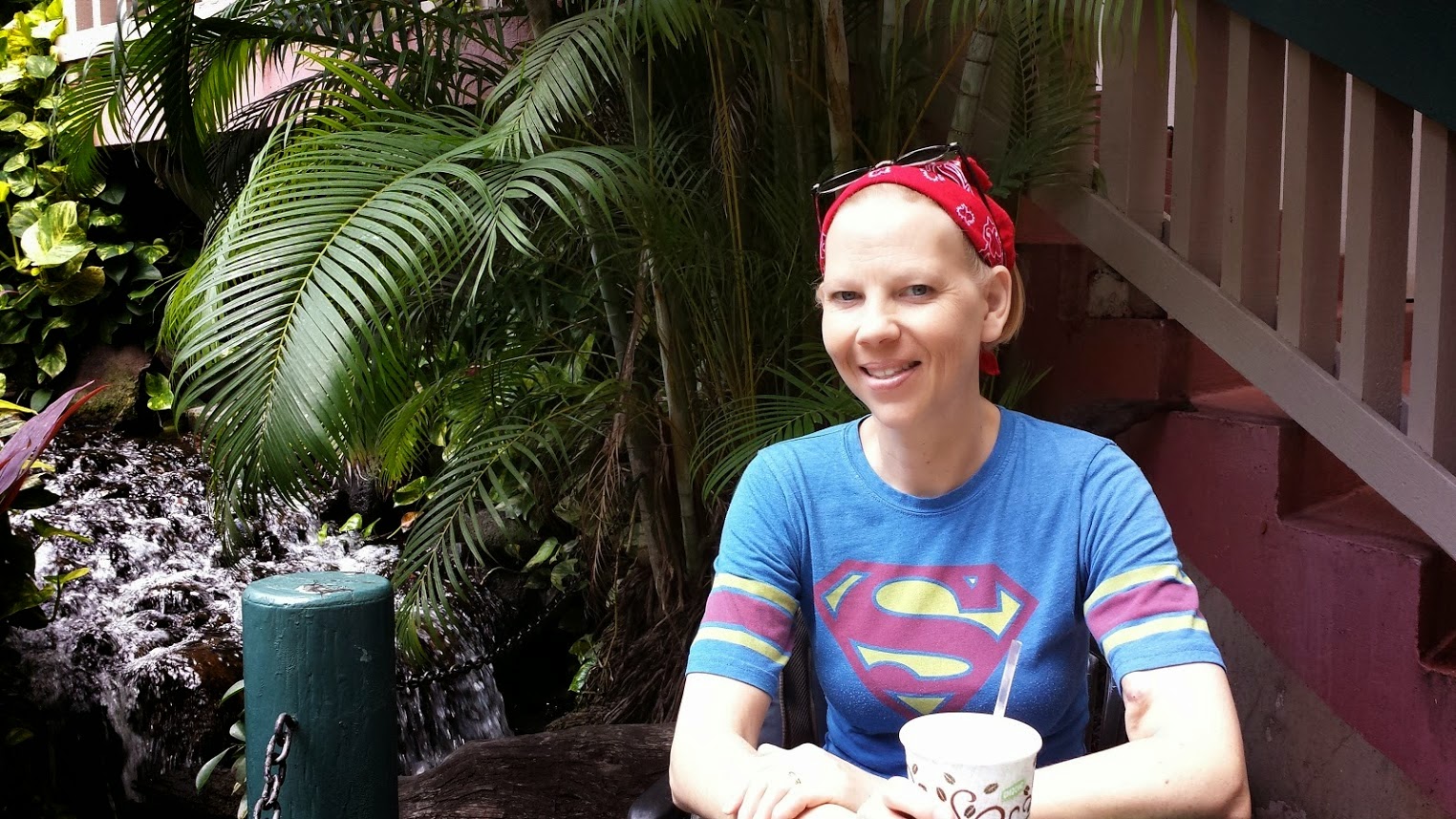 And a firm reminder at the dialysis clinic.  I think they went overboard on the design. 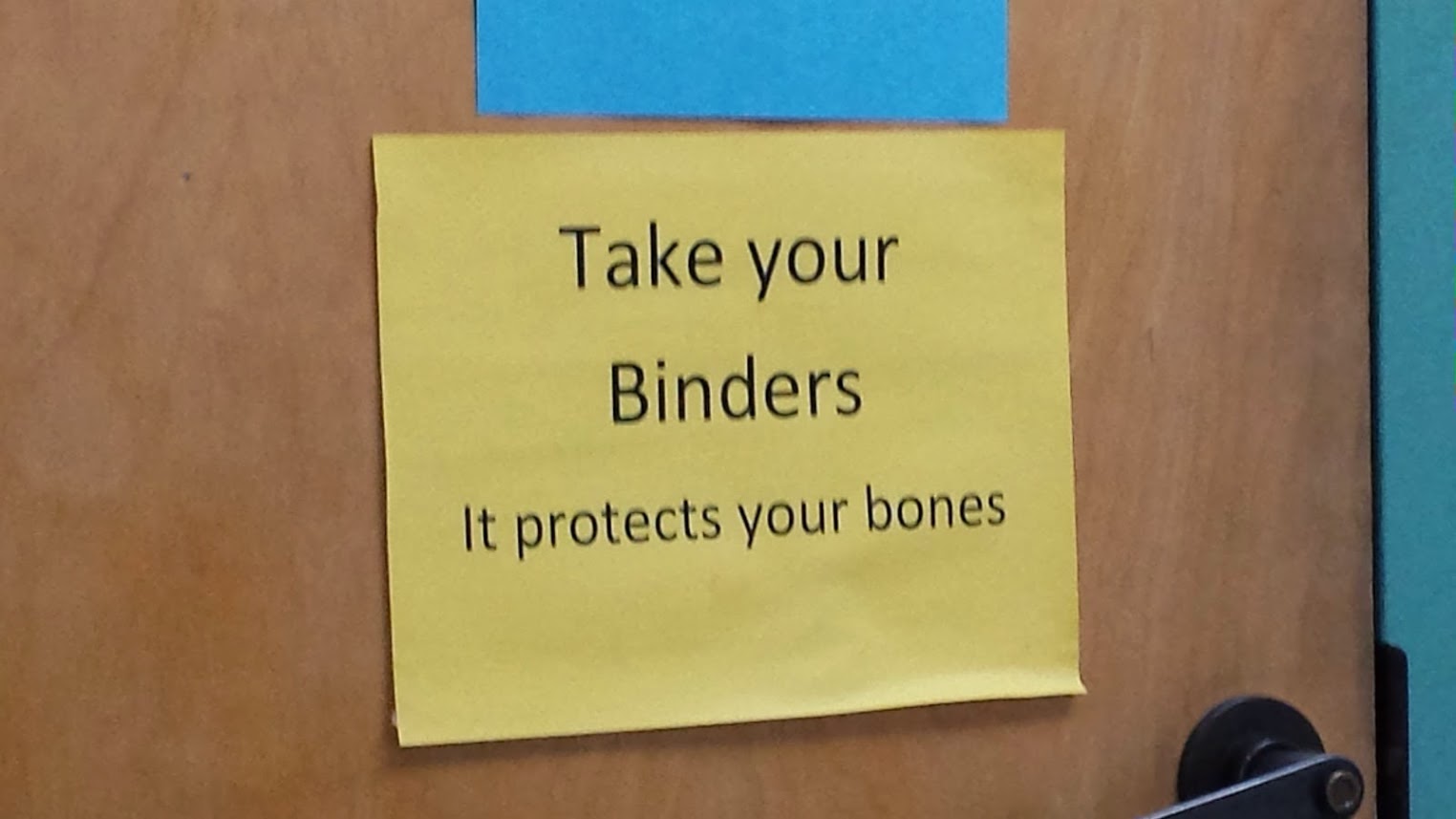 I was then left to my own devices.  Mistakes were made.

I went looking for lunch and wound up at a local mall, in which all of the stores sold exactly the same things.  It was weird, unless you really wanted a lava lava or aggressively ugly beach t-shirts.  The food court was mostly shut down, but they did have a DQ/ Orange Julius open, and - hey, I'm on vacation - so I got an Orange Julius.  And immediately felt sick, so I went back to the hotel where I ate a sandwich and rested.  Read.  Blogged.  Annoyed my co-workers by checking work email.  The usual.

Tuesday night we just sort of relaxed and ate dinner and walked the beach wall and I had two drinks called "Tsunamis" that were... not good, but they did have a wide array of rum in them.  So that was a plus.

I assume you will only wear ugly beach shirts for the next couple of years...that would be awesome.

I believe I went through my "ugly beach shirt" phase circa 1999/ 2000. You can ask Jamie about it sometime.

You guys were on a submarine. That is so freaking cool.