Jamie lost her shades on Tuesday, so we bought a new pair.


We visited something called the Nakalele Blowhole.  No, really.  It's an incredible view on the northern side of Maui.  Basically, the tide is pretty intense on this side of Maui, and there's a spot down there where it comes shooting up in a jet.  They say as high as 70 feet, but I only saw maybe 40' spurts.  Still impressive. 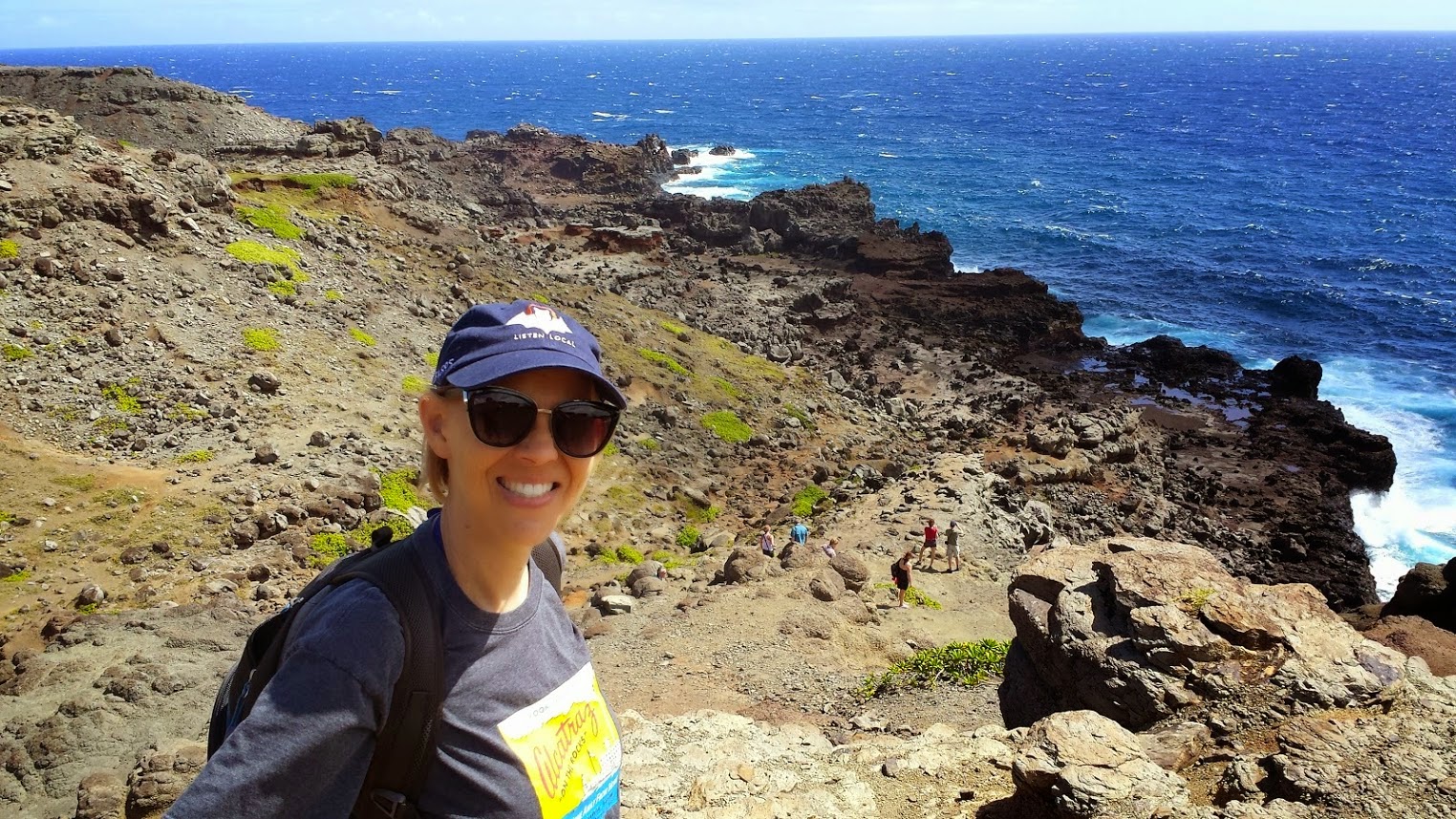 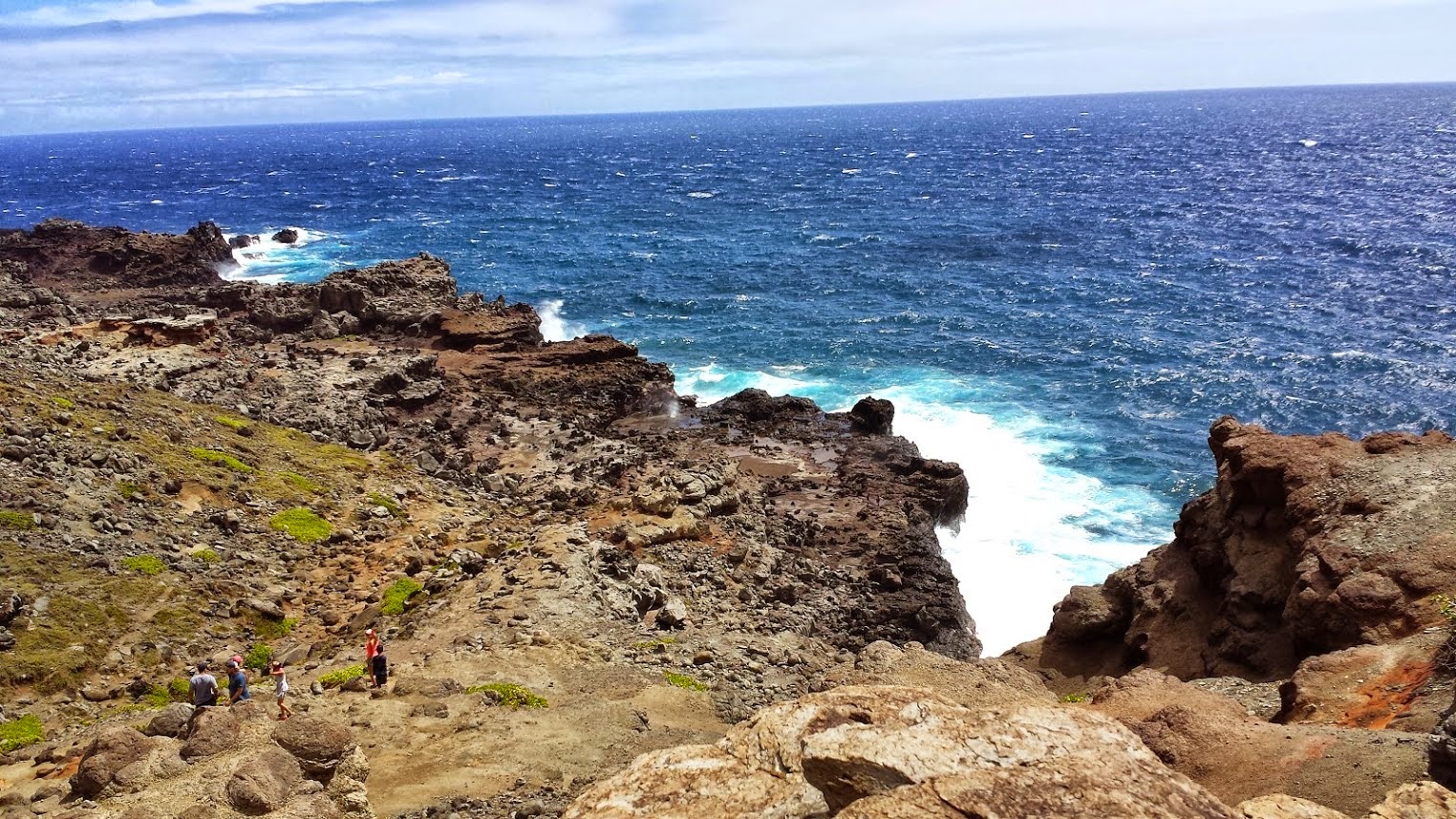 We then moved on the Olivine Tidal Pools.  Funny thing, you have to climb down some fairly steep inclines with loose rock to get to the pools.  I'll risk my own neck to go take a gander, but not Jamie's neck.  So, we admired them from afar. 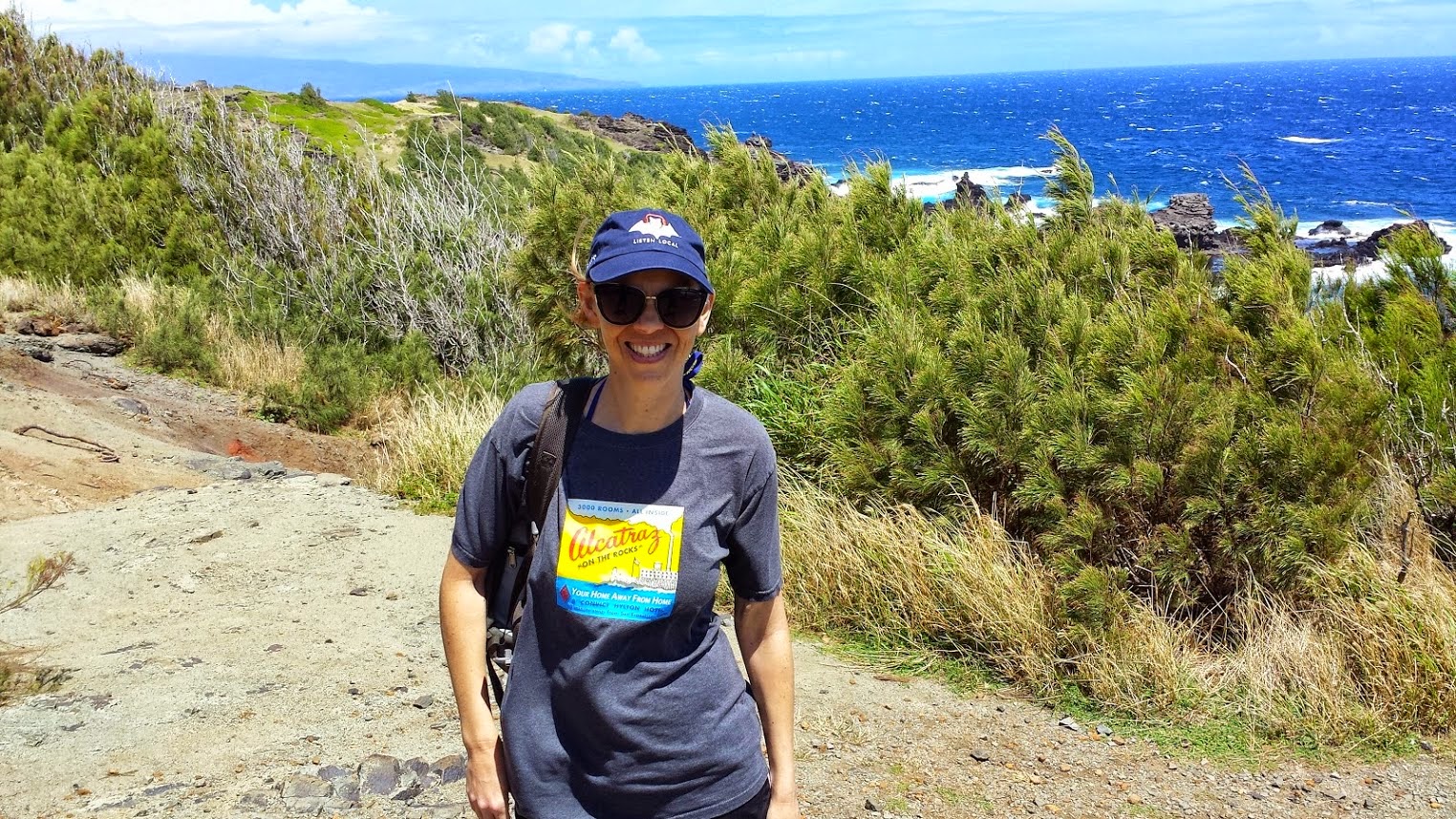 The next portion of Jamie's Island Adventure (as we dubbed the day) has no photos.  That was the part where we drove on a 1-lane road along the edge of mountains with a sheer drop off and oncoming traffic.  And I wasn't driving, which - Jamie is a great driver - but you really are putting your life in everyone else's hands at that point and hoping for the best.

Years ago my brother and I went to Costa Rica, and he knows how well I deal with this situation: poorly.  But we actually did great.  Jamie handled her spontaneous driving-skills test with aplomb.

After a while, we reached Iao Valley, which is an amazing locale and will make you want to sing the Jurassic Park theme song.

Yes, I was that moved.

And Fig Newtons are delicious. 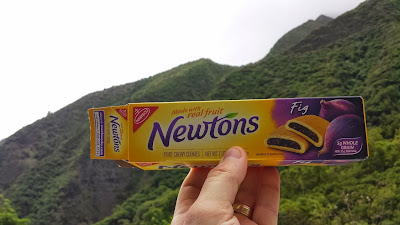 This is the Iao Needle, and it is AMAZING, but I'll be honest, I'll need to Google it to learn what it is and if it ever had any significance.  I just stared at it. 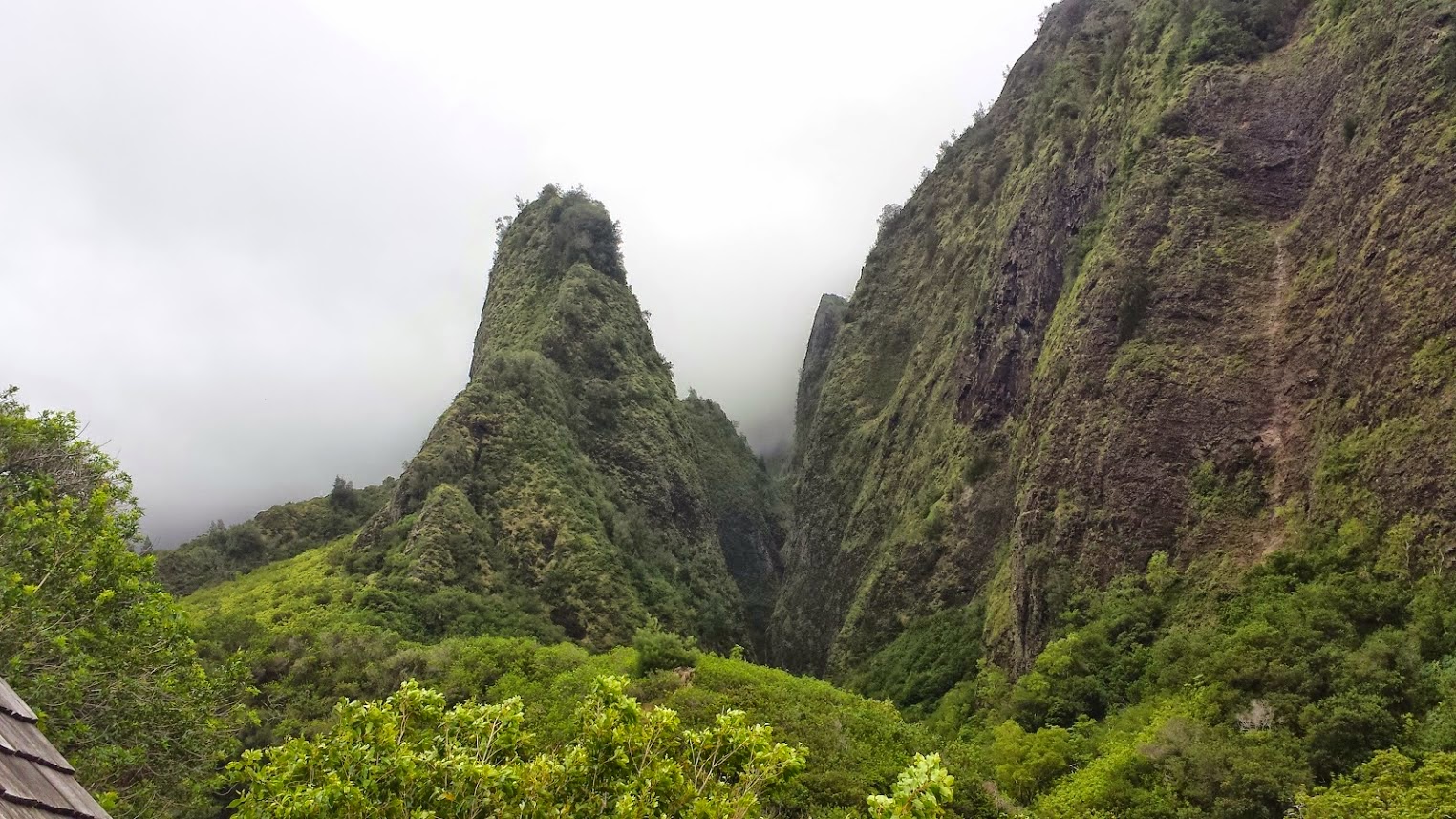 This is looking back down the valley, out toward the sea.


Here's Jamie splashing around in a creek.  The water was amazingly clean and pure.  A local guy suggested we could drink it, but I decided not to roll the dice on that one. 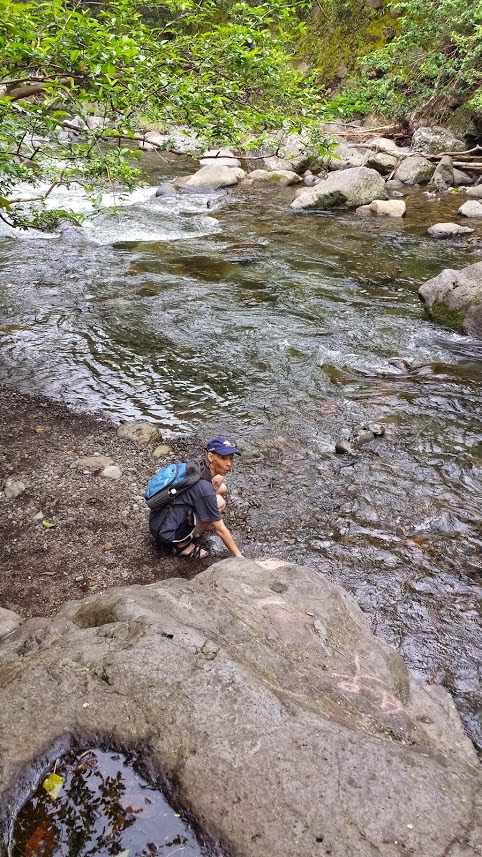 We then stopped and got food, and, dang, if I didn't have an excellent Ahi Tuna sandwich.

We took a break in the late afternoon, and then went out for a lovely dinner and had some cocktails.  Hawaii is really committed to that fruity-drink business, for which I salute them.  They can make a mean Mai Tai at some of these places (but not ALL of the places, Luau).  But a sidecar, a "Hawaiian Punch" and an Old Fashioned later, and I am willing to tell you the best bar we've been to was the one in the steak house where we ate.

For Thursday Jamie has dialysis again, so it'll be a shorter day once again.