It's all about The Harriets: Harriet Tubman replaces Andrew Jackson on the Twenty Dollar Bill 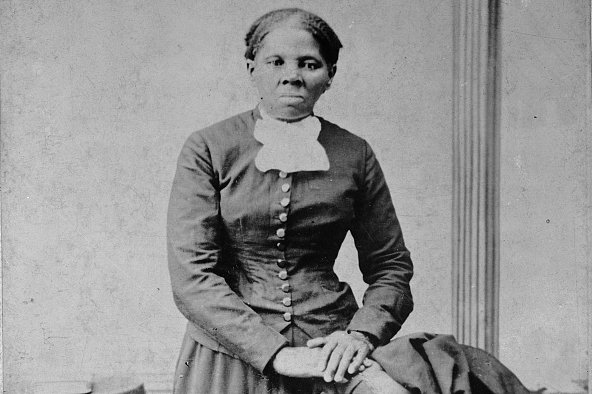 Late Edit:  A more full story in the NYT tells me some of what you see below isn't entirely correct.  Looks like MLK, Sojourner Truth, Susie B. and Eleanor Roosevelt all made the cut in their own way.

Though the changes seem to take place infrequently, the US Currency does, in fact, change over time.  Bills don't look the same way they did when I was in college, and I couldn't tell you what's on the back of a quarter, because I don't think they've printed two alike in 10 years as they've been featuring imagery connected with all 50 states.

A couple of years ago, someone noticed that US currency, when it carried a depiction of a human, was adorned almost entirely with the images of old, dead white men.  That's the way its been my whole life, and - as a white guy, I hadn't thought about it a tremendous amount, or any more than I think about why they use yellow in the middle of a road or why Wendy's Hamburgers are square.  That's just a thing that was that way when I showed up.  The only real challenge to this notion has been the Susan B. Anthony dollar coin and the not-much-used Sacagawea coin, which I only get as change from vending machines.  But on our paper currency?  White dudes.  Just like movies starred white dudes and looking at most of Congress?  White.  Dudes.


Whomever it was that noticed this trend of old, dead white guys on our crisp money in the US also said "it doesn't have to be this way," and that's how things change.

A challenge of selecting the personage to appear on the bill has been to select a woman (we kind of agreed we'd start by saying "it doesn't need to be someone who exclusively wears pants") of historical significance that was seen as a non-controversial figure and who did some good.  Really, at that point, you still have a lot of work to narrow down the field and not find some very loud crackpots who hold some imaginary grudge over some loose imagined political affiliation.  But, I imagine that makes Eleanor Roosevelt and Jane Adams a hard sell.  Someone's still convinced they were dirty commies, and they're probably in office.

Short of Rosa Parks, it's tough to think of anyone else I'd feel was a pretty bullet-proof candidate, but it's, let's be honest, pretty obvious that you go for Harriet Tubman.  Anyone who finds her controversial is basically pro-Slavery, and has thus just abandoned the right to participate in any further discussion except as being an asshat and crank.  And thinks Slavery is a good idea.

It's not "PC" quakery to elevate Tubman to the same level as Andrew Jackson (guy I am sure who will show up in the comments to defend "the past" as something we must bow before and any change to anything is "PC-ness gone nuts"),who is losing his spot on the $20 bill.  In theory, we should all be a little horrified by Jackson's policy toward Native Americans and pretty much anyone he thought looked at him funny.  I don't look down my nose at someone for being bellicose, but I'm anti-genocide and slavery.  That's just how I roll.

So, if he disappears from money, that's okay.  He hasn't disappeared from history, his portraits will still hang in museums and government buildings, and we'll still be able to say his name without being pelted by rocks.  But maybe he doesn't reflect the best side of America as it stands today - he may not represent a free America as we think of it and hold an as American value.  Maybe an ex-Slave who spent her life making the lives of others better for little reward should be the kind of person we think of when he hand over enough money to buy a couple of matinee movie tickets, or we get out of the machine when we go to the ATM.

Oh, and did you know Harriet Tubman was also a master tactician?  She was, indeed.  So before you go all "Andrew Jackson was a great soldier" on me... Harriet Tubman:

Eleanor will be on the back of some $5 bills: http://www.nytimes.com/2016/04/21/us/mlk-eleanor-roosevelt-susan-anthony.html?smid=fb-nytimes&smtyp=cur

Yup. I saw that afterward. Check out the "Late Edit" at the top.

Jackson's grave says "I Killed The Bank" what he considered his greatest accomplishment was undone by the Federal Reserve Act, he would not want his face associated with our paper money.

So I see no reason for anyone to be bothered by removing besides blind loyalty to the Status Quo.

Oh, man. I had to look that up. That's kind of astounding/ hilarious.