Prince Merges With The Infinite 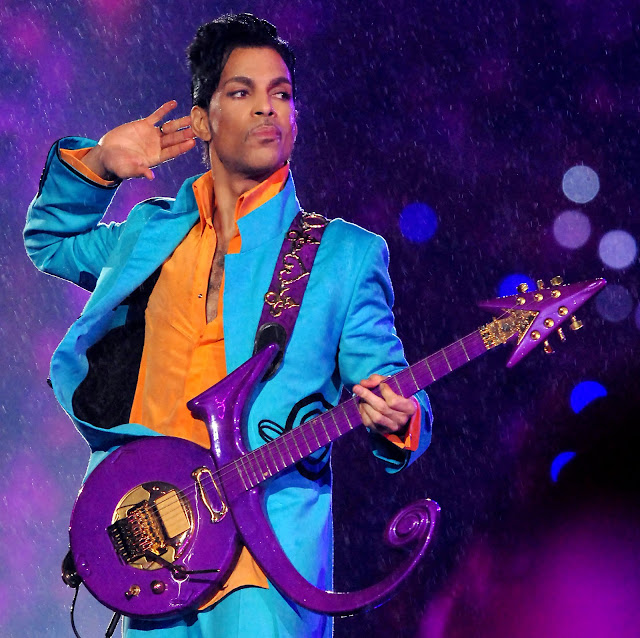 According to media reports, legendary musician and iconoclast, Prince, is dead at 57.

Purple Rain hit the radio and movie theaters when I was still in elementary school.  We were Top 40 listeners, and I have firm memories of sitting in the back seat of my Mom's 1983 Honda Accord and listening to Prince on the radio.  In particular, I remember my mind being blown by my first listen to "Let's Go Crazy" as we were headed to take my brother for allergy shots.  Not exactly what Prince had in mind for reaching an audience, but there it is.

I was not, however, a lifelong Prince fan.  I went through a period when he wasn't what I perceived as moody or angry enough for me, and it wasn't the sort of thing I looked for in music.  What I remember respecting him for most during that era was when he wore buttless pants on the MTV Music Awards and freaking everyone out.  But then I turned 18, listened to some Prince again, and realized I'd really, really missed out on something.  I went to Best Buy and picked up some Prince.

There are true die-hard Prince fans (NathanC to drop a name), but I guess I can say that Prince has been with me for more than two decades, and I still periodically go on a Prince jag and listen to greatest hits comps.  Of the greats of rock, his musicianship is in the upper echelons, and his guitar work beyond near anyone in music.

It's unreal to think he's no longer here.  We all know he's been mostly in seclusion at Paisley Park, supposedly record a song every day or two for years now.  In some ways, he felt like he'd been gone for a long time.  But we always kind of waited for him to burst on the scene again and fill arenas.  I'd have gone.

The stories about Prince were always amazing.  He lived in a world parallel to our own, maybe a bit more colorful.  A former co-worker of mine saw him on New Years' Eve what would now be several decades ago, and with a few minutes to midnight, he excused himself to let the crowd ring in the New Year on their own.  He would be, he informed them, jammin' with his lady.

And the crowd loved it.

We're going to miss you, Prince.  And I expect we have a couple dozen albums from you we'll start seeing released from your vaults, making this quite the long good-bye.

Because Prince believed the internet was "over", good luck finding official videos on YouTube.  I'll be logging into Google Play and listening my Prince albums, tho.