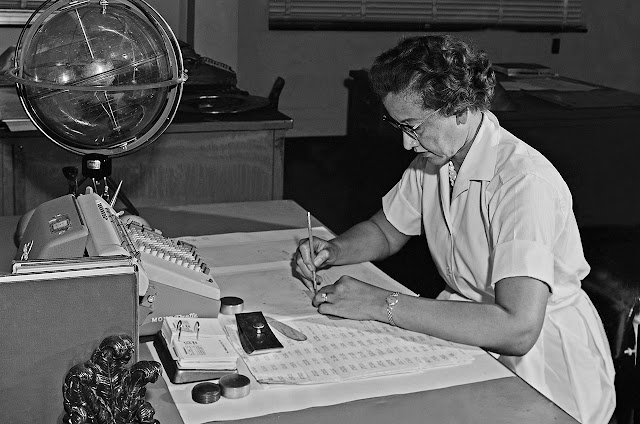 Saturday the 26th of August marks the 99th birthday of Katherine Johnson, "The Human Calculator" who was key to the early success of NASA.

I'd spend time telling you about Johnson, but suffice it to say she overcame the gender and racial discrimination of her time to become a key player in America's space race.  A physicist and mathematician, her natural ability to rapidly and accurately calculate complex equations necessary for figuring trajectories, etc... in the days when we were still doing this by hand instead of super-computer, made her an invaluable asset.

It would be only in recent years that her contributions, and those of other calculators, were made part of the bigger story of NASA.  But today, she has a really terrific movie roughly telling the story of her role in the Apollo missions in Hidden Figures starring the terrific Taraji P. Henson as Mr. Johnson.  There's building named after her at NASA.  And this happened: