Pondering How to Cover 2017 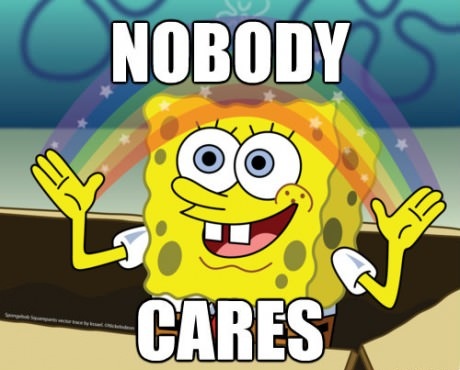 The theme with which I entered 2017 with The Signal Watch was: who cares?

The answer was a resounding: nobody.  Get the @#$% over yourself.

This isn't something I'm upset about.  It's been really nice, honestly.


Hey, listen...   I'm forty-two years old and have been reading comics, watching movies, reading books and whatnot since longer than most of the folks out there dropping their hot takes have been alive.*  I know the grain of salt with which I engage with any reviews I read, thinkpieces which I read (and we all read a lot of them.  Blogging isn't dead, it's commodified).  No greater example of "dude, I totally do not care what you think (for you are wrong)" has been the take on Star Wars: The Last Jedi, where a bunch of people who had some very particular ideas about where the movies must be headed were just super disappointed.**

I've been at this blogging business long enough to know how to get clicks, and this blog is not that.  That's cool.  I also know that even on things where I've got some knowledge or skills, I'm not the final arbiter of anything.  There are always people out there with more or different information.  These digital bits which exist for people's eyes to scan or screenreaders to parse aren't going to change anyone's opinion.   It's often both fun and straight up good for me to get out of my head when you guys take to the comments or social media and put up a good argument about why I'm wrong (it is less fun when I get a barrage of comments from someone whose mark of quality is Dragonball.  We are just not going to find common ground.).

So with the "who cares?" perspective, I actually went on hiatus back in April and took three months off between real posts.  I'm not sure anyone actually noticed.  Also:  incredibly freeing.

So, I suppose I could do some sort of end-of-the-year brouhaha again this year, but... man... does anyone really need another list from me?   I trust you guys know what you liked this year.  And, in 2017, there was so much @#$%ing content, all of it presented with so much insistence it was instantly part of the cultural lexicon that none of it was.  I've never seen Black Mirror, I've never seen Bojack Horseman, and maybe three or four episodes, total, of Rick and Morty.

And I'm okay.  Maybe I'll get to it, but probably not.  I did just start The Orville.

When I do read a list, I guess I'm mostly only interested in those from those of you I know in meatspace or online.  I don't listen to much in the way of new music, but it's always worth it to me to check out Gerry's end of the year countdown.  NathanC posted an interesting wrap to the year over at TPR.

I didn't blog every movie, book and TV show I watched this year - or even close to most of them, and that means no crunching of numbers, no lists for me to ponder over.

So - in figuring what to do to review 2017 (let us bury it), I'm working on my angle.  Frankly, when I remember 2017, it's not going to be for pop culture magic - it's going to be for personal matters and topics in the news.  I don't know how much to get into all that, because this isn't that sort of website.  But, we'll see.

*note this worthwhile Onion AV article in which people talk about "the worst movie they've ever seen in the theater", often during formative years, and I ponder that I was in my 30's and had purchased my second house by this point

**I've now had that conversation, and our rubrics for what we were looking for were so different, it was quite curious (some people, I have learned, have a very particular view of Luke Skywalker that I am not sure the material supports and denies the characters humanity in favor of icon status).
Posted by The League at 1/01/2018 11:32:00 PM

In terms of pop culture, there were a whole lot of things that we were into when younger that were either underground commercial art, cult classics, or things that a select group clicked to, but that the general public didn't really appreciate. Comic books weren't something that every adult was into, alternative music was actually an alternative to mainstream rock and pop music, and zombie movies, fantasy films, and sci-fi hadn't turned themselves into The Walking Dead, Game of Thrones, and weird but popular Star Trek remakes. As we got older and the diehard fans of these things wanted to share their undying love of the various genres with a broader public, I think a lot of stuff that used to be cool got turned into mainstream art. those things that were once crafted for a specific audience were now expected to reach a wider audience (to make lots of money), and, in the process, they got watered down an diluted. This is why I was kinda happy when Bladerunner 2049 was seen as a commercial flop. Bladerunner remained an art form for a particular kind of fan, but not for everyone. Anyway, I suspect that there is still cool art being made out there on the fringes, out of the broader public view, but I'm too tired/busy/lazy to go find it these days. Or maybe the fact that it's so easy for everyone to publish their ideas nowadays means that it's harder to perfect that signal to noise ratio. I dunno. Hopefully the kids are still dreaming new dreams and thinking of new things. But maybe dreaming of new things is harder in the era of computer special effects and internetz and cell phones...

Dude, I think we just got old. The new stuff is for the kids to figure out and the establishment and professionals to get wrong. I am positive there's always a wall of new things out there that my brain is too ossified or pre-occupied to care about. I'm no longer driving to the mall to scour record store offerings, and these days I have way too much comics-related scar tissue to get too invested in new stuff when it hits the shelf with a ton of hagiography behind it.

But... Yes, I do think the fact that any jerk with an internet connection can now spout off, posing as an authority (cough) means we have less faith in anything resembling a professional authority. It's way easier to find voices that echo our own and don't challenge us, and if they're both in printed web-pages, they hold equal balance. After all, as kids we had the local paper's movie reviews and Siskel & Ebert, and that was it. And it was wild to see just Siskel and Ebert arguing, suggesting there was no consensus. But, absolutely there's a massive issue with signal-to-noise when it comes to discussing media (frankly, it's mostly propaganda or emotional gut reviews, and very little in the way of critical discussion).

But, yeah, I share your concerns about what it means for genre work that thrived in a niche to reach corporate studio expectations. As wild and fun as it is for every kid in America to know the lore of Marvel's Thor, a change in studio management could easily bring the house of cards down.