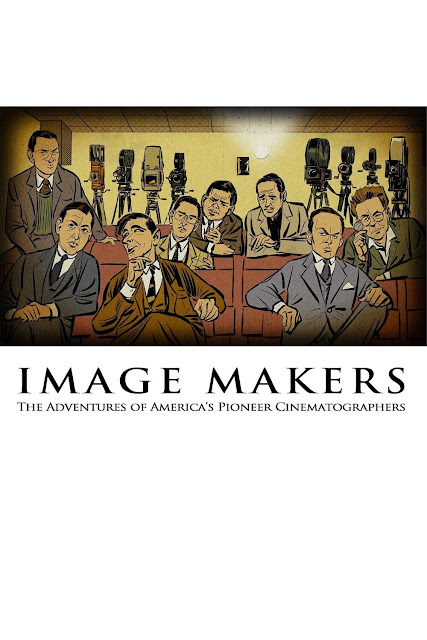 It's odd how little we talk about cinematography.  Of course we discuss actors and dialog.  FX are a big topic.  We talk about soundtracks and directors.  When we're feeling like showing some insidery-type knowledge about film, we'll talk editors.  But I'm not sure we always notice the names of the people who actually sit behind the camera, working out the actual look of a movie, which, as we're not listening to radio or watching a play, seems kinda key.

From composition to placement to depth of focus to lighting to movement of perspective... and probably 9 or 10 other factors I'm not thinking of, what we see in a movie is defined by someone who thought about every shot (in theory).  Sometimes it draws attention to itself, but more than 95% of the time, when we talk about a movie, we seamlessly discuss story and how we felt, basing it on any of those factors above, but how often do we discuss what the camera did?  Or where it was placed?


Airing on TCM, Image Makers: The Adventures of America's Pioneer Cinematographers covers some of the first and most impactful DP's in the business, beginning well before the sound era and tracing the path of some of the figures through the end of the 1940's (and a bit beyond).

Even in film school we were taught broad generalizations regarding early camera work - that everything was shot in a (very) wide shot, that the camera didn't move, the actors performed as if on a stage - which was never exactly true.  But what the doc covers (as well as actually watching pre-sound cinema) is that, from the start, film had artists and craftsmen behind the lens who immediately began developing a language for film, which, in the 30-ish years of cinema before the advent of the talkie, had evolved into a complex vocabulary, encouraged by experimentation and pushing the lens to find ways to communicate largely because of the limitations of the media and drive to do the next innovative thing.

The film focuses on a small handful of those early pioneers, some of whom you may have heard of (James Wong Howe, for example) but also the silent partners of the giants of early cinema, including DW Griffith's right hand man, GW Bitzer.  Perhaps rightfully, the doc hangs it up with Citizen Kane (cinematography by Gregg Toland), the apotheosis and synthesis of what came before and which did all new things to push the form forward at the same time (and which, it is arguable, hasn't ever really been topped), which was such a success, Welles chose to share the director's card with Toland.

There's definitely discussion of the importance of German film and the migration of some key players to the states.

Really bringing it home, the doc is shot partially at the ASC (American Society of Cinematographers) clubhouse with historians as well as relatives of the film's subjects.

It is one thing for a schmo like me to appreciate cinematography, but another to hear about it from an expert.  Still another to see the gut emotional response these artists have just discussing some of the great work that inspires them.

By no means a complete history, the doc at least does shed light on the masters of light who were the eyes of those flickering images, obscured by larger than life directors and actors.