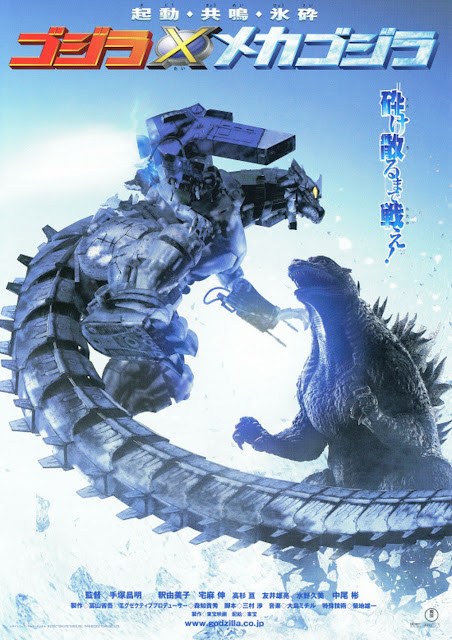 
During this G's initial incursion into Japan, the driver of a Maser-Weapon vehicle makes a mistake that leads to several deaths and she's put on desk duty.  She becomes a brooding sad sack but continues to train to be ready if needed.

Meanwhile, Japan's defense ministry goes deep on some mad science, recovering the skeleton on the 1954 Godzilla and using its cells to build a sort of bio-synthetic version of Godzilla.  Thus, we get a focal scientist character, a widower, and his also morose daughter who walks around with a potted plant all the time which she talks to and either thinks is her mother or she can speak to her dead mother through the plant, but it's abundantly clear her dorky dad needs to get her some therapy, STAT.

Anyway, this one seems like it was meant to be the start to a series specifically about the JXSDF, which is Japanese Xenomorph Self-Defense Force, as near as I can tell.  We've seen it before as the Godzilla Defense Force, I guess, but they have a cooler logo and flight suits.  It *does* carry over into Tokyo S.O.S., which I have seen (and liked) - but I think that's it, I don't think they appear in Final Wars. 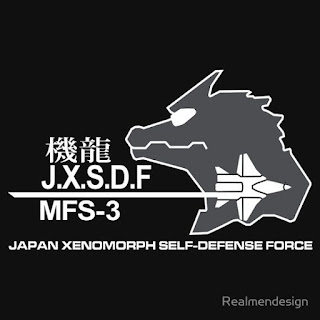 Anyhoo, there's a lot of story about redemption, and Godzilla is treated more as a force of nature here, but minus the "here to make Japan pay for it's sins" angle, which may appear in the sequel, but I don't necessarily remember aside from the "we played god with Godzilla" which goes poorly for everyone.

But, yeah, Mechagodzilla/ Kiryu looks cool as hell in this movie, and the fights in this thing were pretty great.  But you can almost see why Del Toro wanted more of a personal stake in driving around the mechs in Pacific Rim as it's tough to convey real struggle when someone is just tugging on a joystick and slapping buttons, even if Godzilla is kicking the crap out of their exo-armor.  In general, MechaGodzilla's design just feels better thought out, and it pays off when Godzilla and his robot friend tangle.  Even if the battle feels quick compared to most of these movies and their tendency to make sure you get what you paid to see.

And, honestly, the characters are what they are in most of these movies, but this one is kinda okay, character development and arc-wise.

I do appreciate that the logo depicts what will actually happen if you fly a plane at Godzilla. "Place directly in mouth". That plane is not coming back.