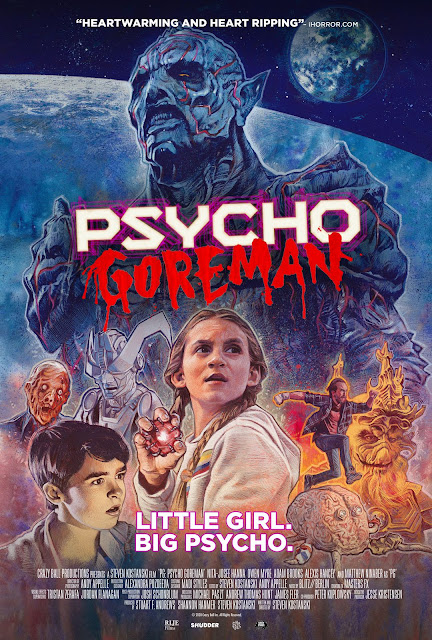 Watched:  06/19/2021
Format:  Shudder
Viewing:  First
Decade:  2020's
Director:  Steven Kostanski
It's been a minute since I posted.  We had guests for the first time since COVID, and we've been watching a lot of baseball and Ted Lasso, so no movies of late.
It seems Psycho Goreman (2020) is a bit of a cult favorite at the moment among horror aficionados, and I was looking for something fun to watch on my Friday night.  But aside from "sorta like an 80's family movie", "sci-fi alien" and "hilarious", I didn't really know much about it, which is my preference going into most horror.
And, yeah?  It's horror-ish.  Horror adjacent.  Sci-fi.  Comedy.  Something.
If you remember the many, many post-ET/ post-70's Disney movies about kids finding a wayward alien or bear or whatever that they need to deal with as it turns their world upside down, but also shakes up a family so they remember the meaning of love and family - this is that.   Only... yeah.  It's a winding and unexpected path to get there.
Our lost alien is a nameless "Archduke of Nightmares" who has been buried alive on Earth millennia ago after murdering planets full of alien-people.  He's dug up by accident by a brother and his little sister, who is maybe not wired right, who happen to have a device that will allow them to control the alien.
I hate to tell much more.  You kinda need to just see the thing for yourself.
There's other aliens, of varying quality of costume, creature-design and make-up, some of which is shockingly creative and fun, especially as it's 95% practical FX.
But, mostly, I just really dug the tone of the whole thing.  Refreshingly nihilistic, the movie never forgets what it is and always looks for an opportunity to make things worse in some of the most creative ways possible.  It kinda reminds me of the fun old days of Dead Alive, but reduce the gore by 300%.  Have some fun while you watch people exploding.
And, as has been detailed in mostly Godzilla discussion, I like me some chaos at the end of a movie, and this feels like it does that.  Like, I do not want to talk about how we get there or where it goes, but hats off.
Anyway - this movie is not for everyone, and I expect some people will be offended or not get it or any manner of reactions, but I found it amazingly fun.
Posted by The League at 6/19/2021 03:47:00 PM 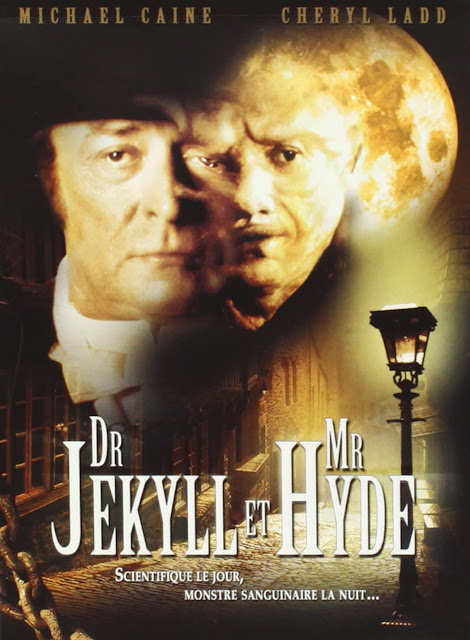