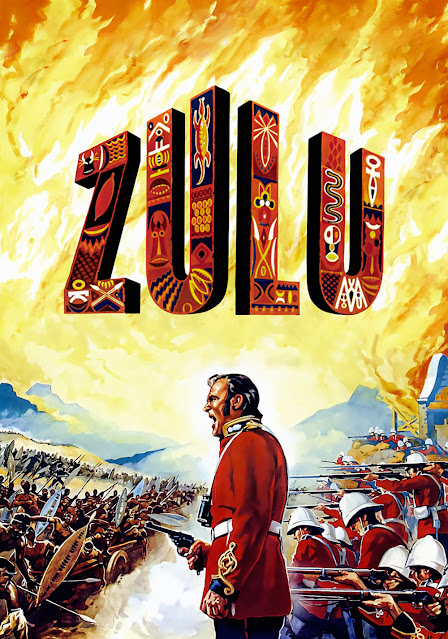 Watched:  01/04/2021
Format:  Tubi
Viewing:  First
Decade:  1960's
Director:  Cy Endfield
For more ways to listen
SimonUK and Ryan hold their ground against impossible odds in a trap of their own making! We talk the 93rd ever best British film, bringing our tiny squad up against the overwhelming force that is a film epic all about Britain's red-coats and the sun never setting on the empire and whatnot. It's a movie of it's time in some ways, and maybe more progressive a film than you're figuring for 1964.
The Signal Watch PodCast · 178: "Zulu" (1964) - A SimonUK Cinema Series Episode w/ Ryan
Music:
Zulu Suite - John Barry
SimonUK Cinema Series
The Signal Watch PodCast · SimonUK Cinema Series
Posted by The League at 1/07/2022 09:50:00 PM