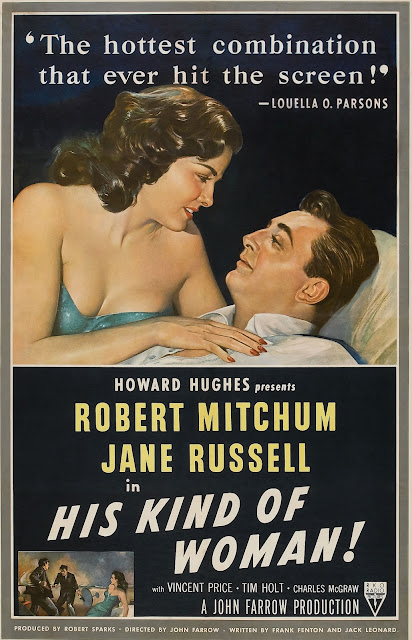 Watched:  06/24/2022
Format:  Amazon Watch Party
Viewing:  Third?
Director:  John Farrow
In celebration of Jane Russel's 101st birthday and enduring foxiness, we watched His Kind of Woman (1951) for our Friday watch party.
I was aware this movie was weird and goofy, coming out of the Howard Hughes-era RKO studio where things seemed more dictated by Hughes' whims and libido than proven formula,  But until you watch a movie with a bunch of other people and you're responsible for what you're all watching - that's when you go from "yeah, this is kind of wacky" to "wow, this movie is bonkers".
I'm aware that classic film folks turn their nose up at this movie, but they are wrong.  This is a movie that has everything, and it makes me laugh consistently throughout.  If you want serious, dark film noir, keep walking, because this thing has songs, Mitchum just swinging his dick everywhere, Vincent Price showing the moxie he'd bring to his horror career, and Jane Russell just being as Jane Russell-y as all get out (that's decidedly a feature).
I had forgotten Raymond Burr was our big bad, and that Charles McGraw had shown up as a heavy.  Anyway, I can't think of a lot against the movie except that the last ten minutes goes on for 25.  Like - there's just way too much climax in this movie and it doesn't include Russell, and that is math I can't get behind.
Anyway, here's to the birthday girl.  Here's hoping she's having a great time wherever she is out there. 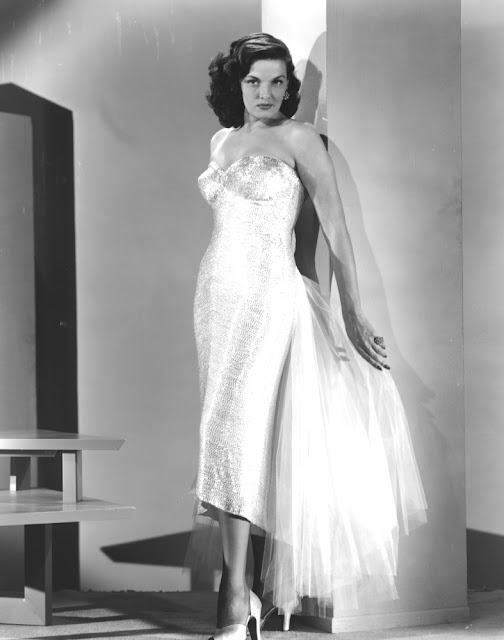