Saturday May 1, 2010 was Free Comic Book Day across all the land. In our little neck of the woods, we headed down to Austin Books and Comics. Austin Books had a selection of over 90 possible titles, and 20,000+ comics to give away.

Troubles, Steanso and PaulT joined me for a bit over an hour at Austin Books before heading over to EZ's, where we met up with PaulT's significant other, The Amazing Erin. 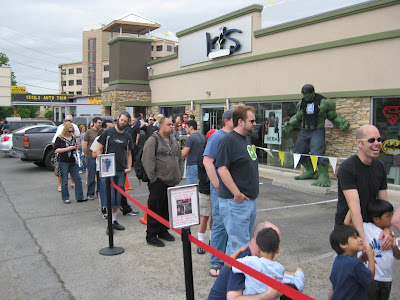 Upon arriving, there was a considerable, but steadily moving line snaked around the building. Also, The Hulk was standing guard over the store. 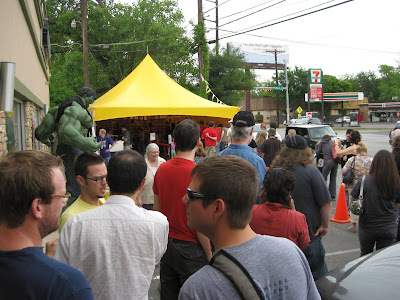 Here's the reverse shot, which includes the tent and orange cones. I find it funny Austin Books has to own cones. 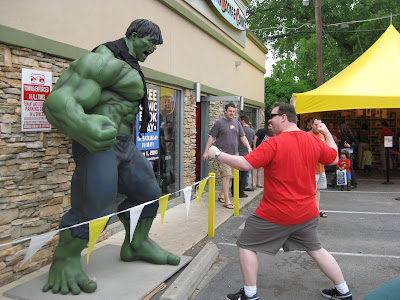 The Hulk picked a fight, and your faithful writer had to show him what-for. Man, I am pale. 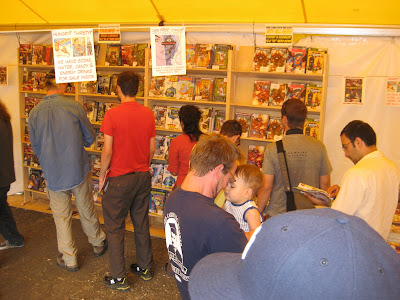 Inside the tent, there were three solid walls of comics to choose from. That "War of the Supermen #0" was actually better than I expected. 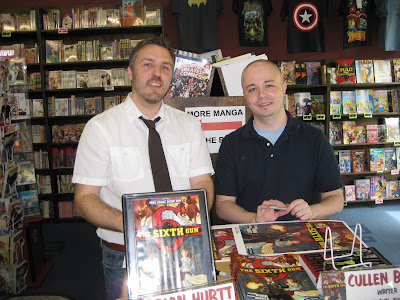 Ah! The creators of "The Sixth Gun", artist Brian Hurtt and Cullen Bunn. I managed to get a signed copy, a poster, a copy of their graphic novel "The Damned", and a hearty handshake from both. Terrific fellows! From Missouri, I believe. 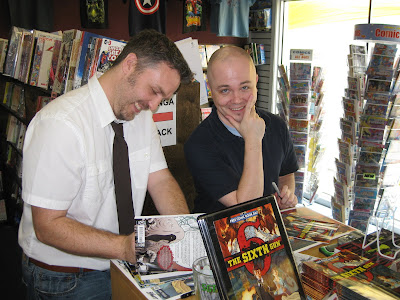 This was their "are we doing a candid shot?" shot. In no way was this candid. 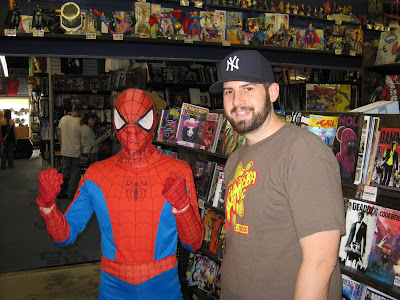 PaulT. joins forces with The Amazing Spider-Man! Coincidentally, I think you can see a copy of "The Damned" just over Paul's shoulder. 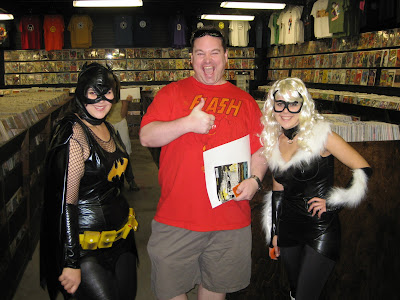 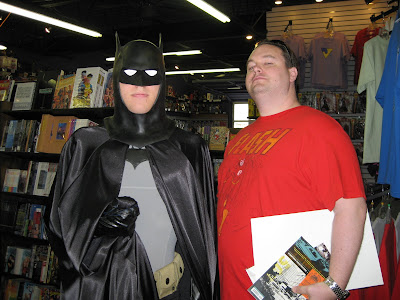 The Dark Knight took time off from browing manga to pose.

Alas, I arrived too late at my local shop to find any freebies. Apparently, by 2:45 p.m., Free Comic Book Day is over, at least at this shop. I went so far as to drive past another shop in the area, but it was so crowded that it scared me away.

Looks like you had a great time. I got shut out at my store. By the time I got there, around 12:30, they were out of or never had the Mouse Guard/Fraggle Rock and Atomic Robo.

Let me see what I have, and perhaps I can get it in an envelope and Canada bound.

@Ryan, no worries. I'm trying to track them down at other local stores. BTW, still didn't get that envelope out to you.