For nigh-daily linking goodness, bookmark and RSS feed:
Thisissoyou.tumblr.com - Randy leaves a trail of his internet wanderings
zee... zee... zee... - dispatches of the fascinating from me, Ryan S.


Music/ Dames: Randy posted this one for me under the title "Oh, So Ryan S.". Christina Hendricks in a Broken Bells video playing an android in space. 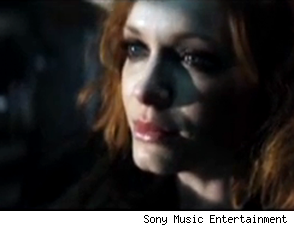 Comics/ I am Not Buying This: great googledy-moogledy, do people ever have it in for this "Rise of Arsenal" comic. It's a sequel of sorts to the abysmal "Justice League: Cry Justice", but by a different writer, and seems to embody pretty much everything that drives me nuts about the post-Watchmen/ DKR world of comics as writers and editors mistake adult elements in their stories for "edgy" writing.


Real Life/ Superheroes: You're likely aware that visitors to Hollywood can stop by Mann's Chinese Theater to have their picture taken with actors dressed as movie stars and superheroes. Well, they could do that, but now its against the law to panhandle dressed as Batman. All those folks from "Confessions of a Superhero" are now out of a place to work. No word yet from the LAPD in response to questions about how a superhero is supposed to get a break in this economy.


Green Lantern/ Scooby Doo: As a rule, I kind of hate Scooby Doo unless he's teaming with Batman, the Harlem Globe Trotters, Don Knotts or Cher. But a recent issue of the comic (produced at DC Comics) is a sly nod to DC's "Blackest Night" Green Lantern titles, and will likely become the most sought after back-issue of the event as nobody got the joke... until now.


Political Cartoons/ History: I always think America's history and how we dealt with the Irish to be fascinating, especially in light of our ongoing immigration debate. Here's a look at some political cartoons around the Irish from "the good old days" people are always referring to.

Batman/ Video Games: I hope this comes to the Wii. A Batman video game based on Cartoon Network's totally awesome series Batman: The Brave and the Bold.


DC Comics/ Fashion: A quick look at me on any given day will tell you that I've less than a keen grip on the world of fashion. And I think its true that my comic-reading brethren are vibrating at a different fashion frequency than (insert designer's name here. I don't know any.), but we look spectacular together in our sea of superhero wear (I'm wearing a Superman t-shirt as I type this). I can tell you that the standard geek wardrobe is fairly inexpensive and functional. So I find it curious someone licensed DC Comics characters for extremely pricey couture. Also, here.
Posted by The League at 6/04/2010 12:03:00 AM

Email ThisBlogThis!Share to TwitterShare to FacebookShare to Pinterest
Labels: links

Interesting. Count me as guardedly optimistic.

Oh, and the comics about the Irish are pretty great. It's amazing to realize how malleable "whiteness" is.

As someone who tried the first two issues of JL: Cry for Justice and left disgusted I have no idea why anyone would bother to buy that Rise of Arsenal series. Everything I've been hearing about that series only reinforces my decision. I can't remember where I saw it but one poster suggested that JT Krul is purposefully trying to make this the most terrible comic series ever. Sounds like he's succeeding.

I think I might have to track down that Scooby Doo issue. It sounds hilarious.

I can't wait for the Walking Dead! However, I'm going to tape it and watch it during the day in a room with plenty of light.

I don't like Scooby Doo, either. Never found it funny. Maybe it was a Steans family thing.

Likely the repetitive nature of the show, mixed with the laugh track, Scrappy-Doo and the fact that the show wasn't actually funny...

I'm not certain, but I do know that I haven't watched the show since the mid-90's.