This is interesting.  Apparently the Comics Code Authority had basically been so neglected the past few years, even folks inside the industry seem to have no clue what they story has been for some time now.

Newsarama has an interesting article on the quest to find out what's actually going on.

Newsarama hasn't been able to locate any evidence that the organization was functioning since 2009. And Archie Comics has indicated that it wasn't actually submitting comics for approval to the Comics Magazine Association of America, which oversaw the Code.

When asked if the CMAA was even functioning anymore, Pellerito said, "I don't think they are."

In reading more, I have learned that Batman and Superman comics were, in fact, still carrying the seal.  It was just much different from the seal I recalled from the 1980's and whenever it was I last looked. 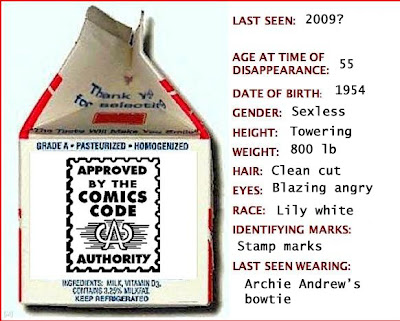