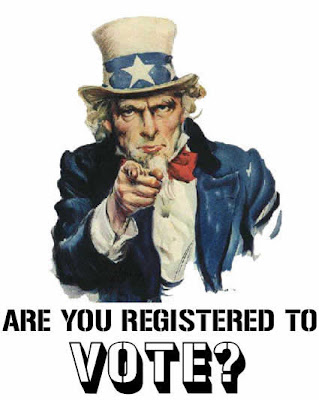 Even today in other countries people get beaten up and shot at just for trying to make it to the polls.  YOU have to fill out a webform and take 30 minutes off from work, and your boss has to give you the thirty minutes or get renditioned.  Heck, I'm early voting, so I'm walking two blocks across campus to have my say.  Women, y'all have only been able to vote for 100 years.  Don't embarrass your fore-mothers who fought hard for the vote (and then took away our right to drink.  So I'm still sorting that one out.).

Oh, and see if you can get educated on the ballot before going in.  Man, that's always a challenge for me.  I hate walking in and seeing propositions for which I am not prepared to cast an informed vote.  Get informed.

You know who doesn't want you to vote?

Do not fall for Bane's tricks!  VOTE.

You know who does want for you to vote?