A Tour of the Signal Watch Fortress of Solitude

I saw online some folks were doing tours of their Superman collections. Well, it seemed like a SUPER idea to participate.

My Fortress is in disarray at the moment as I'm currently consolidating my collection and removing large portions of it.  I'm going to humblebrag and note that what you see here is only part of what I had on display until recently.  I'm really winnowing it down to Superman and Wonder Woman these days.

I started collecting Superman stuff in college, and I don't have much in the way of vintage. So the collection takes you from the late 90's til now, I guess.

This wall isn't all Superman, but it does have a lot of DC Direct action figures.  There's also some other art, such as an early-days Alex Ross Batman print that, here, is obfuscated with glare.

I recently moved these shelves upstairs.  You don't want to know what this took.  I had to move all of these individual statues one by one up the stairs. 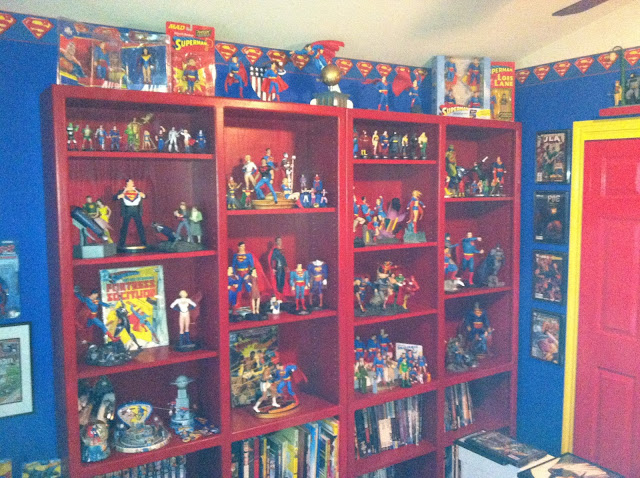 Below:  The Superman up top was a birthday gift from Jamie many years ago.  Jason got me the aging All-Star Superman figure for my birthday I think when I turned 35, and my Mighty Texas Longhorns collided with Superman on the cover of Sports Illustrated when the great Vince Young led UT to a national championship in January of 2006. 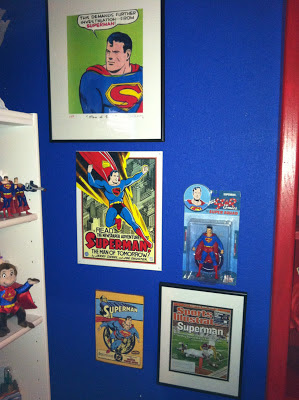 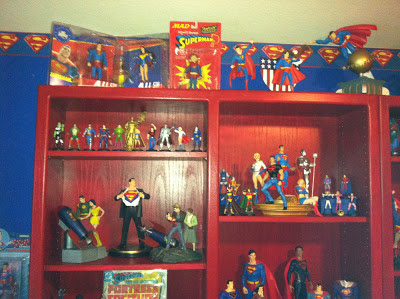 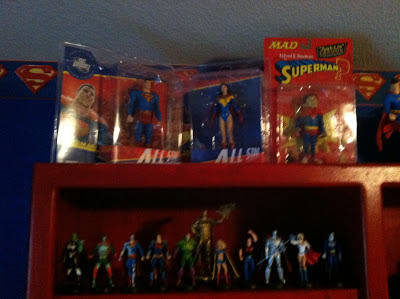 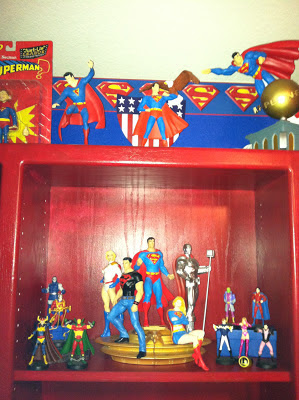 The West Wall is mostly doors.  Oddly, it didn't exist when the house was built, but the previous owners wanted another bedroom, which is now this office.  It includes the closet where I store my comics, the door to the room, and is shaped funny.  The room opens onto a landing at the top of the stairs, and it all used to be one big open space.

Out in the Hallway

Here's my shelf of other graphic novels, out on the aforementioned landing.  Ikea and a weekend of toil can work wonders to organize your comics.

What you can't see are all the stacks of graphic novels I need to find a home for as we're reconfiguring the collections.

Up top there is a copy of the George Lowther Superman novelization from 1942. 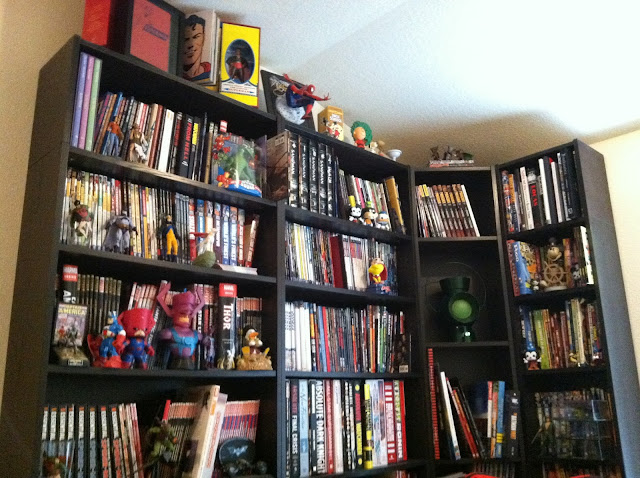 There actually is more stuff I could show, like t-shirts and whatnot, but I'll leave it be.  This is probably enough of an assault on the eyes.